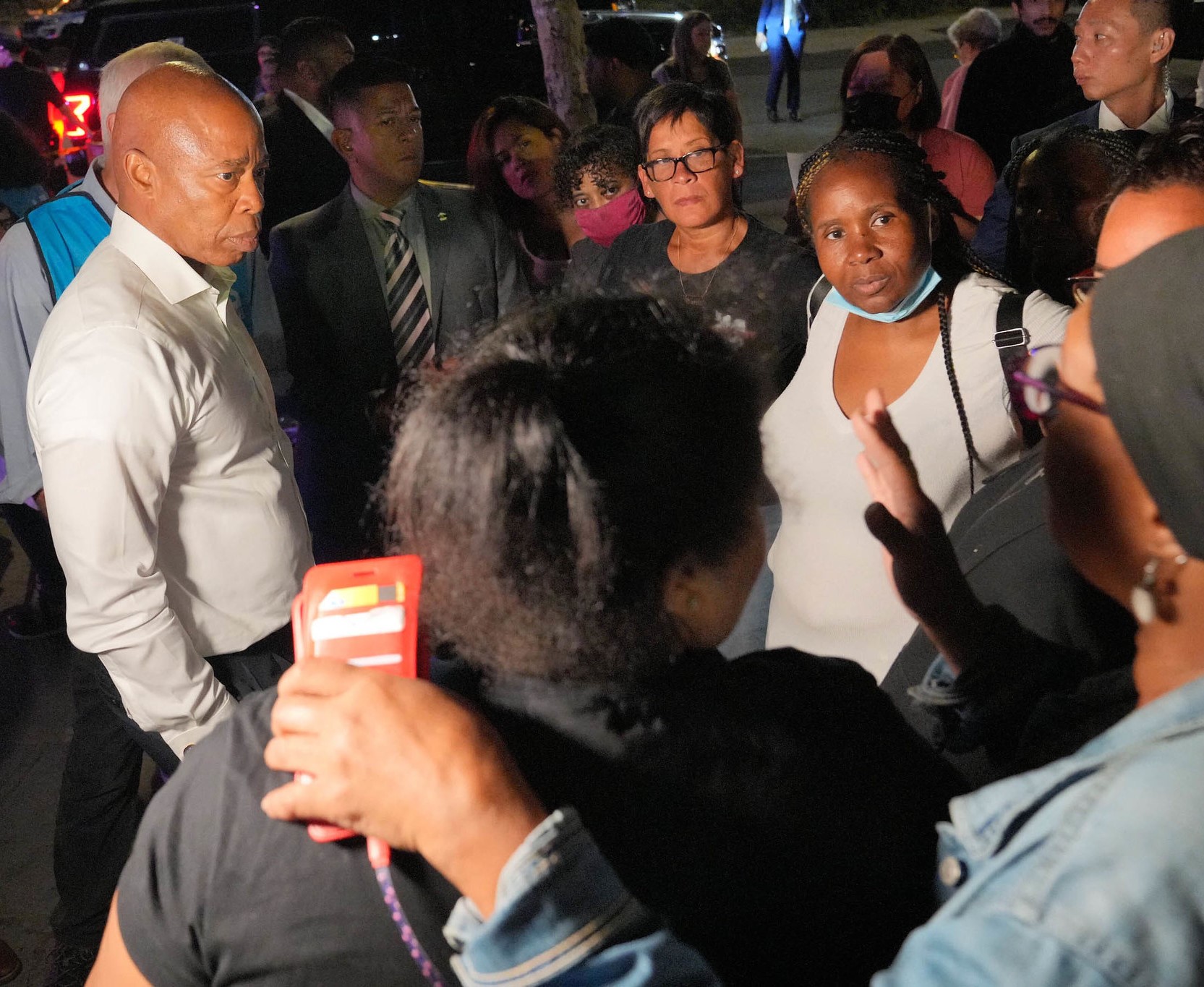 BY THE VILLAGE SUN | After what amounted to a weeklong false alarm about the drinking water at the Jacob Riis Houses, on Saturday the city declared the houses’ H20 was “already cleared safe from arsenic.”

Speaking later on Saturday, Mary Cannon, the first vice president of the tenants association at the East Village public-housing complex, told The Village Sun that the past week had been “hectic.”

“What choice do I have?” she said, when asked if she was confident that the water was O.K. “I have to believe it, right? I’m not a water expert. It was hectic the last week.”

She said that, during the crisis, the city provided the residents with “cases after cases” of water for cooking and drinking. Meanwhile, they were told it was safe to shower with the Riis Houses’ water, just not to consume it.

Various groups, including local nonprofit Vision Urbana, also pitched in to help provide the complex’s residents with water, cooked meals and food during the crisis.

After test results came in Saturday clearing the water for drinking, Mayor Adams said, in a statement, “I know the last eight days have been unbearable for the residents of Jacob Riis Houses, but, this morning, the New York City Department of Health and Mental Hygiene reviewed the final test results for contaminants and found the water to be well within EPA drinking-water quality standards. We can confidently say the water at Riis Houses is and has been free of any discernible amount of arsenic since the initial tests were initiated in August and meets EPA standards. I would not ask the residents of Riis Houses to do anything I wouldn’t do, which is why I have already stopped by Riis Houses and drank the water myself.

“While having the basic need of drinking water is welcome news, it is the bare minimum,” Adams said. “It is unacceptable that Environmental Monitoring and Technologies introduced arsenic into the samples that not only led to the false results, but to fear, turmoil and massive inconvenience.”

Adams said that, moving forward, no city agencies, including the New York City Housing Authority, will test water through Environmental Monitoring and Technologies.

“And the city intends to pursue all available legal options on behalf of the residents of Riis Houses and will look for how we can reimburse residents for costs incurred over the last week,” the mayor added.

“We will continue to be transparent about the information we receive, and have already publicly released all the arsenic reports, both true and what we now know to be false. We will also work to get any remaining reports on contaminants mentioned yesterday up online as soon as possible.”

On Sept. 9, the water-monitoring company issued a “Statement of Revised and Retracted Results.” According to the company, it was a test for silver that introduced “trace levels of arsenic” into the Avenue D complex’s drinking water.

The company’s statement concluded by saying, “The original testing method for the samples reported on August 26, 2022, included a test for silver, which required digestion and dilutions. As indicated in the Original Testing Method conclusion, these complexities introduced trace levels of arsenic and a dilution-factor correction. Without the need for silver testing, the September 8, 2022, testing method was simplified specifically for arsenic, avoiding all potential contamination or factoring issues. The simplified arsenic analysis resulted in detection well
below the MCL [maximum contaminant level] and supersedes all prior analyses on this sample.

“Based on our investigation, we believe any contamination for arsenic found in these specific samples to be at trace levels, well below the Federal MCL of 10PPB [parts per billion].

“We retract all arsenic results produced on August 26, 2022, and September 1, 2022. We issued revised reports on September 8, 2022 reflecting these revised results.”

All test results related to claims of arsenic in the water at the Jacob Riis Houses can be found online.