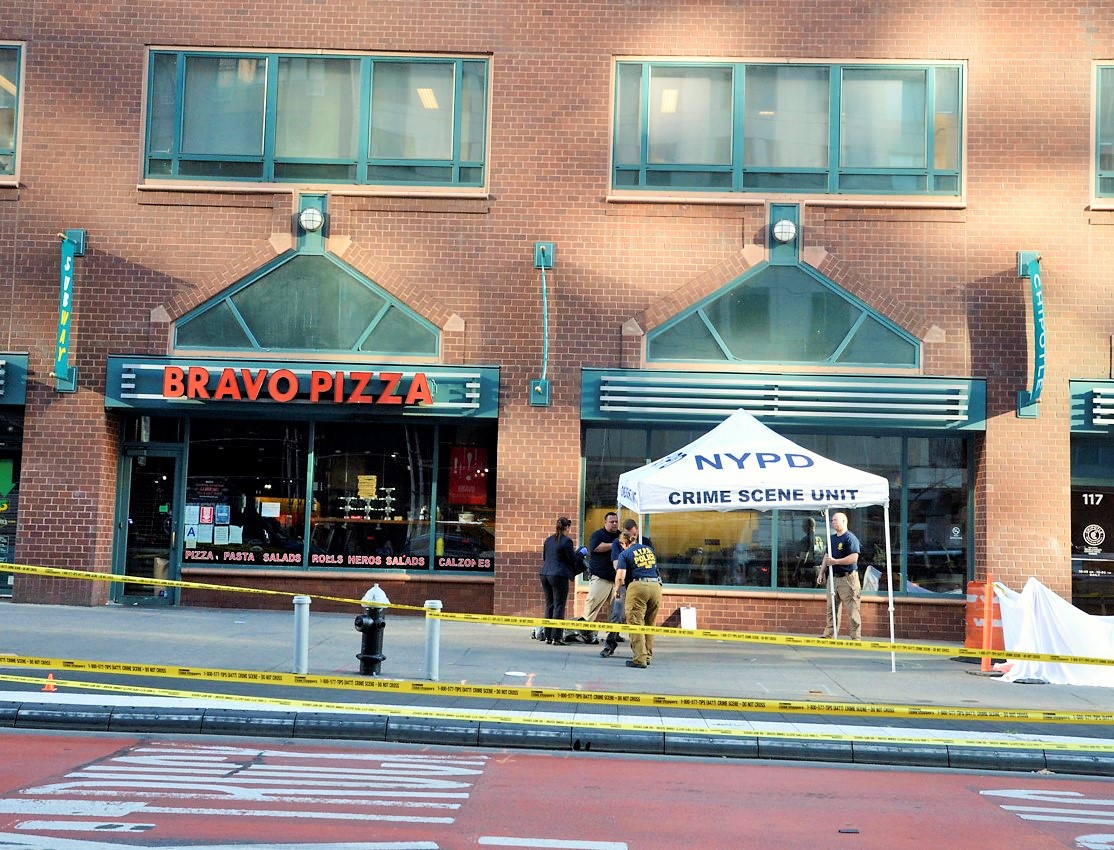 Police set up a crime-scene investigation at 14th Street and Irving Place Thursday morning after the execution-style killing. (Photo by © Jefferson Siegel)

Arrest made in murder of woman on E. 14th Street

BY THE VILLAGE SUN | Early Saturday evening police reported that a suspect had been arrested in the murder of Imani Armstrong, 25, an exotic dancer and IHOP worker who was gunned down in Union Square early Thursday morning.

Cops arrested Clarkson Wilson, 44, of Brownsville, Brooklyn. According to the New York Post, the Regional Recovery Task Force in Brooklyn, which had a search warrant, took Wilson into custody.

He was taken to the 13th Precinct in Gramercy early Saturday morning, where he was charged with murder and two counts of criminal possession of a weapon.

Wilson is accused of ambushing Armstrong on Thursday morning at 14th Street and Irving Place after she had left her job at the IHOP around 5 a.m. and was heading to the subway at Union Square. Wilson reportedly snuck up on the victim from behind and blasted her in the back of the head execution style. She was pronounced dead at the scene.

The Post reported that Wilson fathered at least one of Armstrong’s children.

Acccording to the tabloid, “Armstrong told friends Wilson was ‘her baby’s daddy,'” and that an acquaintance said Armstrong had been “lurking around” the pancakes place since “at least early August.”

The Post reported that Wilson was working as a pimp in 2018 when he stabbed and slashed a woman in the face after she allegedly refused to work with him.

Armstrong reportedly was separated from her wife and had recently lost her children to foster care.