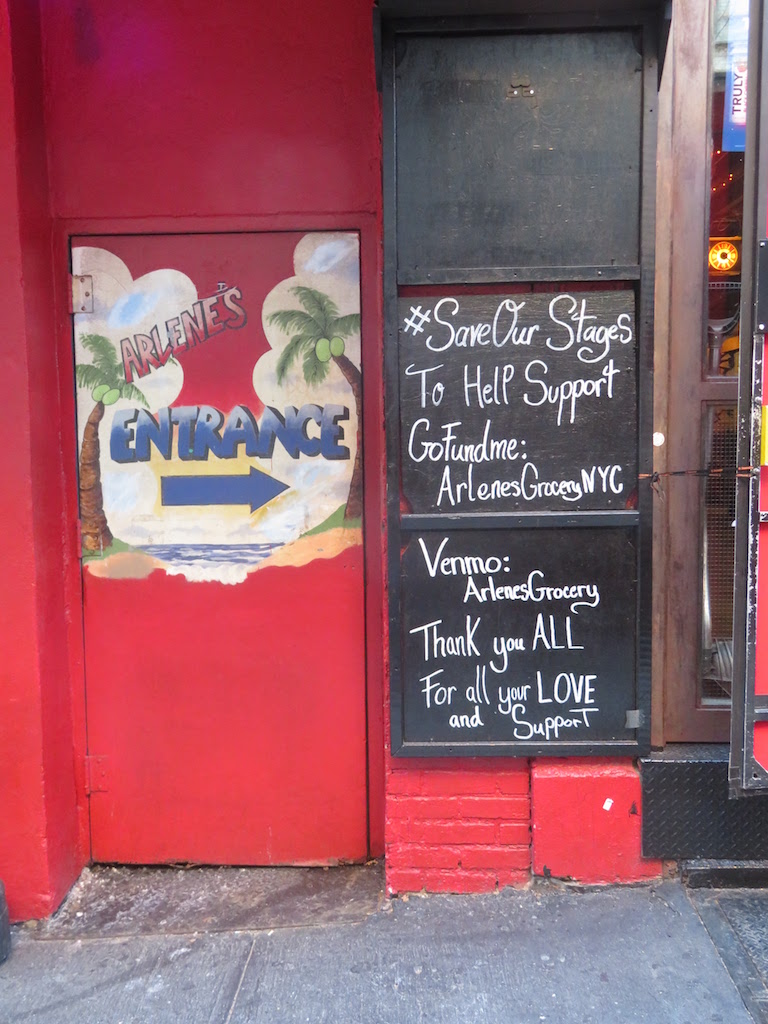 Arlene’s Grocery hanging on by a guitar string

BY EVERYNIGHT CHARLEY CRESPO | Last we heard, Lower East Side music venue Arlene’s Grocery was scheduled to close on Feb. 1 unless a new line of revenue came into place.

Previously, D’Angelico Guitars awarded $7,000 to the Bitter End. The company will announce support for additional venues in the next several weeks.

Many of the live-music venues that have remained closed for the past 10 months have led crowd-sourcing efforts, merchandising and benefit concerts. Arlene’s Grocery will host a fundraising livestream featuring many of the bands that performed there regularly until the closing nearly a year ago. Honor Among Thieves, Jane Lee Hooker, Killcode, Snake Canyon and Thornes will be among the performers. The venue will announce the date and time of the live stream soon.

Arlene’s Grocery opened in 1995 and presented rock bands nightly until the pandemic hit in March 2020 and shuttered all nightlife. The venue closed towards the end of the weeklong New Colossus Festival, which was bringing new music acts from around the world to New York stages.

Beginning this past summer, Arlene’s Grocery partially reopened. The venue offered outdoor seating and sold to-go drinks and souvenir merchandise from its window, but presented no live entertainment. Arlene’s Grocery posted playlists on Spotify in May 2020, and in November launched a YouTube channel featuring Jeff Buckley, the Strokes, Saosin and other music acts that got their start at the venue. The venue also posted a GoFundMe campaign with a goal of $80,000; to date, the fundraiser has generated $51,241.

Now that the Save Our Stages Act has been passed as part of the upcoming COVID-19 Relief Bill, NIVA hopes to work with the Small Business Administration to ensure the emergency relief is dispersed as Congress intended. Since it could take many weeks, even months for the funding to flow, the NIVA Emergency Relief Fund continues to raise money to assist the venues at greatest risk of permanently going under as we wait for the grants to be issued.

With further aid, Arlene’s Grocery, which was reportedly on life support in November, soon may be transferred out of the intensive-care unit.