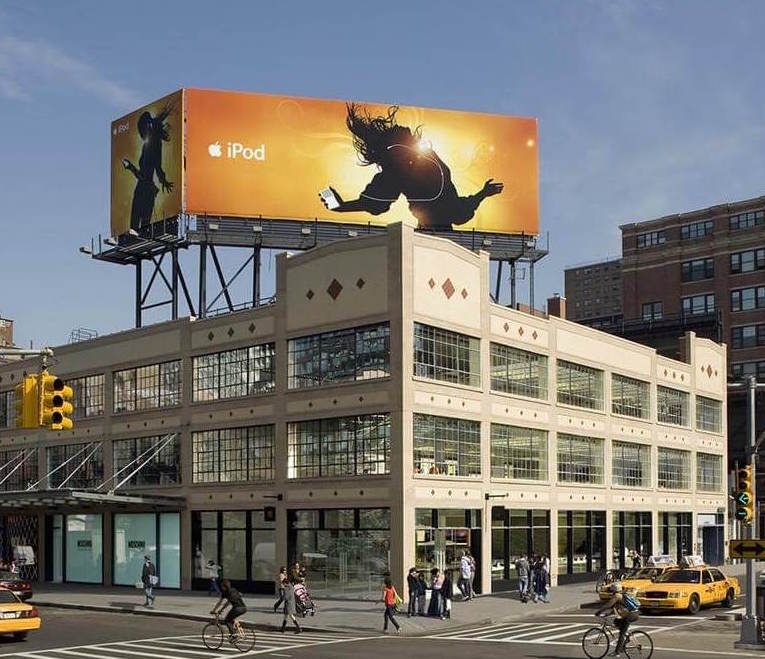 The Apple Store in the Meatpacking District. (Apple)

An Apple a day — or at least as often as possible — is these crooks’ mantra.

Police say a group of thieves has been preying on people exiting Apple stores in Manhattan after they make purchases. The robberies have occurred in the Sixth, 10th, 19th and 20th Precincts, ranging from the Meatpacking District and Chelsea to the Upper East Side and Upper West Side.

The incidents occurred between June 30 and July 22.

In the robbery pattern, the suspects reportedly follow the victims along the street, then push them to the ground, swipe their Apple products and flee. There have been no reported injuries in any of the muggings.

Cops described one suspect as having a thin build and black hair, and last seen wearing a white T-shirt, blue sweatpants with white stripes on the side, black sneakers, a cast on his left wrist and a white face mask. He was spotted exiting a white BMW possibly with a Texas temporary license plate.

Police released photos of the suspect from one of the robbery locations.

Police ask that anyone with information call the New York Police Department’s Crime Stoppers Hotline at 1-800-577-TIPS (8477) or for Spanish, 1-888-57-PISTA (74782). Tips can also be submitted on the Crime Stoppers Web site at WWW.NYPDCRIMESTOPPERS.COM, or on Twitter at @NYPDTips.