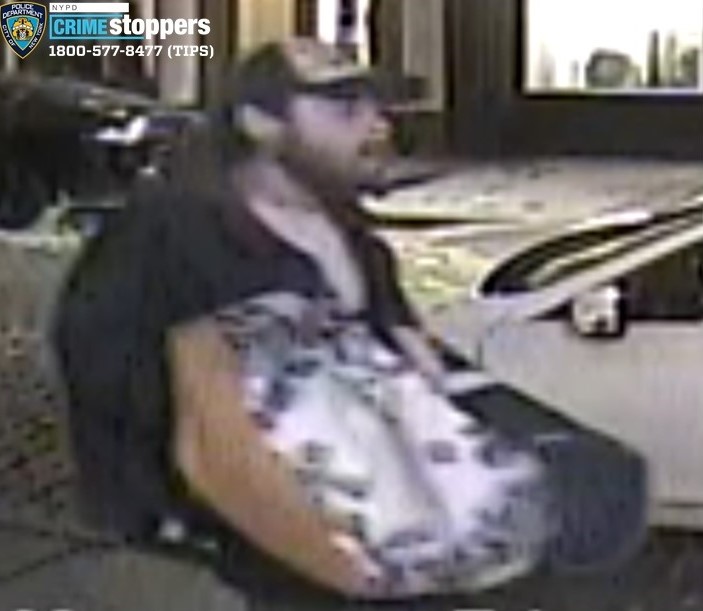 A surveillance photo of the alleged suspect. (NYPD)

Police said a young man was attacked in the Soho/Chinatown area a week ago by a man spewing anti-gay insults.

According to cops, on Sat., Dec. 12, around 7:45 a.m., at Canal Street and Broadway, the 24-year-old victim was punched in the face by the assailant as the thug made “anti-sexual-orientation statements.”

The puncher fled on foot in an unknown direction. The victim refused medical attention.

A photo and video of the alleged suspect show him carrying what looks like a large bag. He was sporting a full, dark beard and a dark-colored trucker cap with a light-colored front panel.