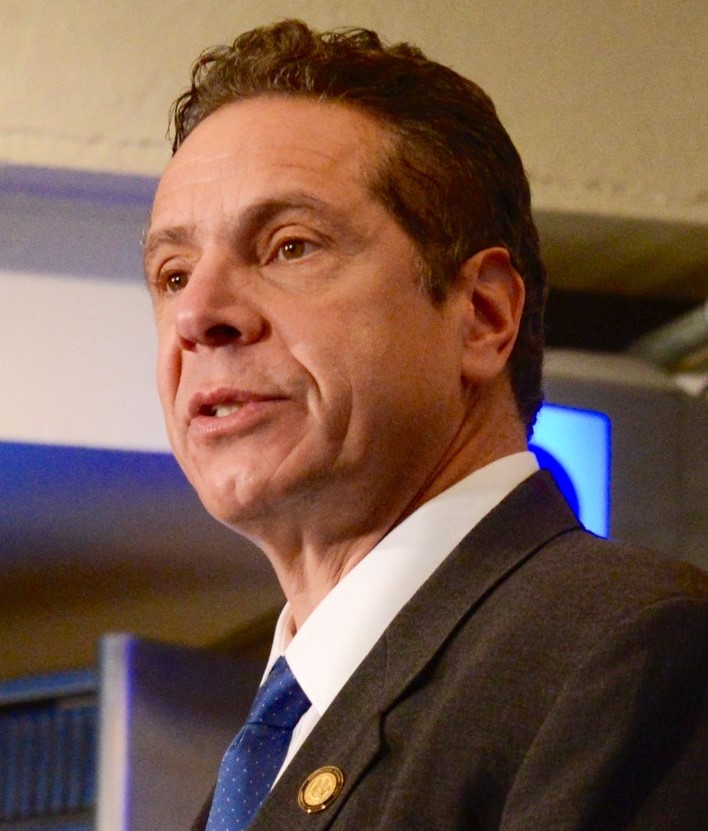 An ‘imperial governor’ who blew it: Local pols and criminal defense lawyers weigh in on Andrew Cuomo’s legacy

BY MARY REINHOLZ | Andrew M. Cuomo, the 56th governor of New York, has been out of office since the last dog days of August. That’s  too short a chunk of time to provide a full assessment of his political career, one upended by a murky sex harassment scandal that forced him to resign in disgrace, leaving behind a raft of unfinished business.

Nonetheless, there is no shortage of opinions about his impact on the Empire State.

“He was the last of the imperial governors we will see in our lifetimes,” declared political strategist Hank Scheinkopf, after ticking off Cuomo’s success in getting new lines to the Second Avenue subway built after a 50-year delay and budgets on varied projects in on time. “He ultimately lost his political life because, despite the deeds he is alleged to have committed, he had no friends and simply hung around too long.”

The three-term Democrat officially stepped down on Mon., Aug. 23, at 11:59 p.m., still defiantly insisting he had done nothing wrong to the 11 women who had accused him of sexual harassment in Attorney General Letitia James’s explosive 165-page investigative report. Kathy Hochul, a native of the Buffalo area and Cuomo’s leutenant governor for nearly seven years, was immediately sworn in to fill out the rest of his term.

State Senator Brad Holyman, chairperson of  the senate’s Judiciary Committee, told this reporter that he wouldn’t miss him. He called Cuomo a bullying “son of a bitch” who exited Albany with “his legacy in tatters.”

In contrast, Long Island trial attorney Michael G. Dowd, a Queens native sometimes called the “black widow lawyer” for defending a slew of battered women accused of killing their abusive partners, regards Cuomo’s record over the years as basically “impressive.” He recalled that the former governor signed into law the Child Victims Act of 2019, spurred by continuing reports of Roman Catholic priests molesting minors. (Hoylman was the measure’s sponsor in the state Senate.) Cuomo openly blamed opposition to the bill on the Catholic Church for the long time it took for the bill pass in the Senate.

Dowd noted that the legislation allows New Yorkers who were sexually abused as children “to file suit for claims that have passed the common statutes of limitation. It has produced 2000 complaints.”

As for the sexual harassment accusations leveled against Cuomo, he apparently has doubts about their accuracy.

“I’ve also represented women in sexual harassment cases and my concern is that this one devolved into a political firestorm instead of any vehicle to find out and determine the truth of anything,” said Dowd. A friend of the late Governor Mario Cuomo, Dowd was a whistleblower in the city’s Parking Violations Bureau scandal of the 1980s, who had his license suspended for five years for his purported role in it.

“I’m sad he was forced out and I’m going to miss him,” Dowd said of the combative eldest son of Mario Cuomo, who spent most of his life in government, starting with managing his father’s campaign as a teenager and later as a HUD secretary appointed by President Bill Clinton. He served one term as New York State attorney general before being elected governor in 2010.

Along the way, Cuomo has also been credited with championing same-sex marriage legislation, boosting the minimum hourly wage to $15 and fostering a feminist agenda. He signed the 2019 Reproductive Health Act, which keeps abortion legal in New York even if the U.S. Supreme Court strikes down Roe v. Wade.

“While it’s true he signed a number of progressive initiatives,” she said, “most originated with the Legislature but the governor ascribed them to his personal efforts. In many instances, he purloined other people’s work that he thought would be popular and ran with them.”

But Glick said that Cuomo was a prime mover of major capital building projects.

“That was his thing,” she said. “He was very focused on infrastructure-related projects. He was like a junior Robert Moses.” The New York Daily News listed some, among them the renovated La Guardia Airport, previously described by president Joe Biden as similar to a Third World pit stop.

Glick said there are other accomplishments that Cuomo’s detractors can’t take away from him: “He was excellent in emergencies — responding to floods and snowstorms and public health emergencies.”

Cuomo, of course, led New York through one of its darkest hours during the start of the pandemic and won an honorary Emmy for his daily briefings. In a cruel irony, his award for public service was rescinded Aug. 24 — the same day Hochul replaced him — by the International Academy of Television Arts and Sciences because of his resignation and James’s report.

Some Cuomo supporters fear that his legacy will always be overshadowed by the sexual harassment scandal that forced him to resign or face impeachment. These include famed Bronx criminal defense lawyer Murray Richman, known by his nickname “Don’t Worry Murray.” He has represented mobsters, hip hop artists in hot water and fallen politicians, along with “countless” clients who come to his office to file sexual harassment complaints.

Richman compared the conclusions in James’s report to a “kangaroo court set up to get Cuomo. It was completed overnight after they grilled him for 11 hours” at his New York Office early in August. “The only [complaint] that makes for criminal conduct is where he [allegedly] touched a woman’s breast and that’s a misdemeanor,” Richman said, referring to an allegation made by Brittany Commisso, one of Cuomo’s executive assistants, who has since filed a criminal complaint with the Albany County Sheriff’s Department.

In a conversation with The Village Sun, Richman dismissed all other complaints in James’s report as trivial.

“None of these acts or words are of a criminal nature,” he said of accusers complaining that Cuomo had inappropriately touched them and had asked them overly personal questions and had made flirtatious remarks. “It’s bullshit. By making insignificant things significant we’ve lost perspective about what’s really wrong in society. Maybe he’s not a nice guy, but he does not rise to the level of an evil man. Sadly, this [scandal] will be the thing that will define him, a man who has accomplished so much for our state. I was never one of his greatest admirers, but he was a great governor. He’s going to be remembered by these silly complaints.”

Betsy Gotbaum, executive director of the Citizens Union headquartered Downtown and a former New York City public advocate, agrees that some of the complaints in the James report she has read from excerpts are “silly.” She referred, for example, to one from a young women at a wedding who objected to Cuomo holding her face with his hands and kissing her.

“The #MeToo movement has gone too far,” she mused.

However, Gotbaum noted that James had retained two “prominent” outside investigators: Joon H. Kim, a former prosecutor who served as acting director for the U.S. Justice Department’s Southern District of New York, and Anne Clark, an employment lawyer.

“They’ve worked in government and are highly credible,” she said of Kim and Clark.

Cuomo directed James to investigate the allegations, Gotbaum recalled. Based on her own experiences with the Cuomo administration, she said the report’s findings confirm her own belief that the former governor created a toxic work environment in his offices.

“He set a bad atmosphere and went too far with retaliation” toward his accusers, she said. “But that doesn’t negate the good things he has done.”

Caught up in the ripple effect of Cuomo’s implosion have been some of his prominent backers. One of them, attorney Roberta Kaplan, chaired the board and co-founded the legal defense fund of Time’s Up, the national organization dedicated to fighting sexual harassment.

Kaplan resigned from her position at Time’s Up in early August after revelations in James’s report that she helped Cuomo’s team draft a response questioning the motives and credibility of Lindsey Boylan, one of 11 women accusing him of sexual harassment. The response was not widely disseminated, however, after other supporters of the governor warned it could backfire.

Meanwhile, this week, Alphonso David, president of the Human Rights Campaign, the nation’s largest L.G.B.T. advocacy organization, another high-ranking Cuomo supporter, has lost his job for advising him on how to deal with the sexual allegations against him.

On Thurs., Aug. 26, she named Brian Benjamin, a black state senator from Harlem, to serve as her lieutenant governor in a purported bid to draw diverse Downstate votes for her expected election campaign in 2023.

“She’s going to have a lot to prove in a short amount of time to do it,” said State Senator Holyman. “It’s going to be challenging for her. I want her succeed.” He issued a parting shot at her once-powerful predecessor: “Governor Cuomo blew it.”

Asked if Cuomo would be held accountable by the Assembly for other alleged misconduct during his governorship, Assemblymember Glick said the body was close to wrapping up its own investigation into his controversial dealings, including his $5 million book deal from the pandemic, and his alleged undercounting of COVID nursing home deaths. (Hochul has since added 12,000 more deaths to the toll.)

Glick noted that varied material and evidence will be turned over to law enforcement. She expects that the Assembly will  discuss issuing a report after Labor Day.