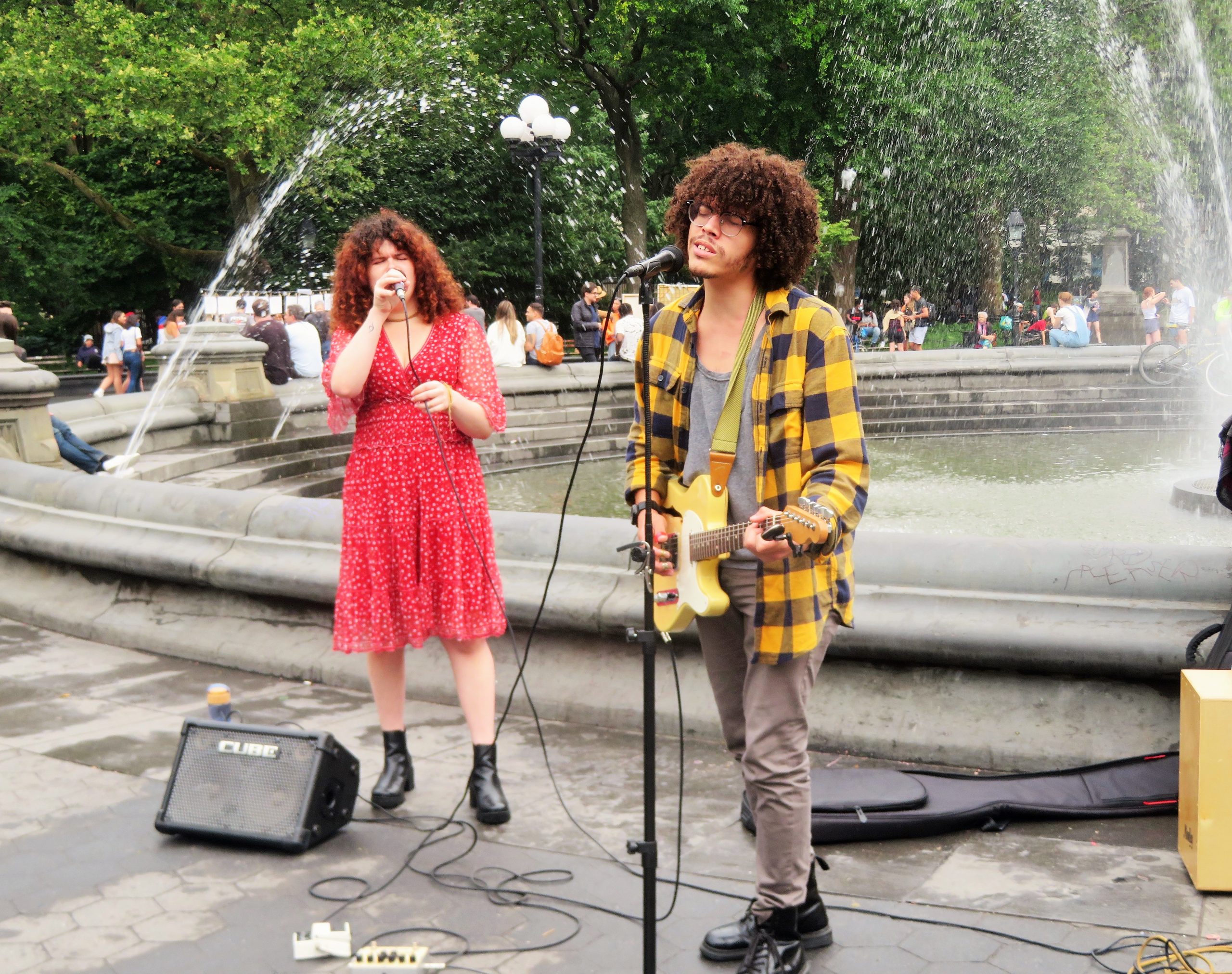 BY EVERYNIGHT CHARLEY CRESPO | Not even an “American Idol” contestant can play in the park these days.

As the Parks Department and police continue to crack down on amplified sound in city parks from the East Side to the West Side, Philip Murphy a.k.a. Murphy got shut down in Washington Square Park on Sunday.

Murphy was a contestant on “American Idol” earlier this year, competing in the “indie/folk” category. Previously, the half-blind singer was homeless for several years, traveling the country while honing his music. He sometimes performed barefoot on the TV show, doing songs like “Just the Two of Us,” by Bill Withers, and “I Got a Name,” by Jim Croce.

The singer’s authentic personality and offbeat personal story made him a fan favorite. His elimination from the show shocked audiences, spawning the #BringBackMurphy hashtag.

Setting up in Washington Square Park on Sunday, Murphy and an accompanying vocalist used two microphones and two small amplifiers. They had gathered a small crowd that was becoming increasingly enthusiastic about his performance when Parks Enforcement Patrol officers interrupted him as he began a song.

“I really wanted to play today,” Murphy told this reporter as he was packing his equipment.

Many local musicians have said over the past few weeks that PEP officers and local police have been stopping them from playing with electric amplifiers and threatening them with fines for repeat offenses.

Pinc Louds has been stopped so many times in so many public areas that the band seems to have found a new home at La Plaza Cultural garden, at E. Ninth St. and Avenue C, performing there for the second time this past Thursday.

The concert ended at sundown with the introduction of the video for their song “Aire Acondicionado,” which was filmed in Puerto Rico and sung entirely in Spanish.