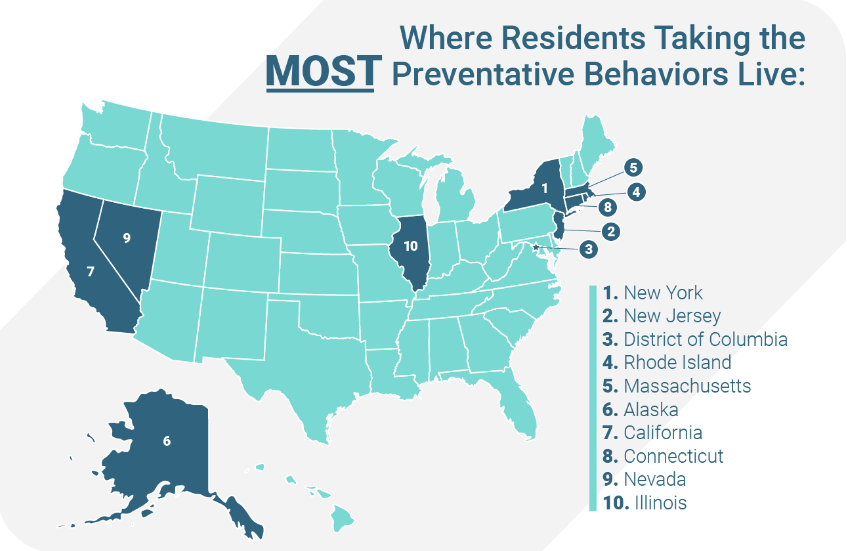 A graphic from the report on which states have been most responsible in combating coronavirus. (The Truth About Insurance)

Ain’t that the ‘Truth’: New York ranked ‘most responsible’ vs. COVID

As COVID infections rage out of control elsewhere around the nation, New York is keeping the virus in check.

In fact, a new study by The Truth About Insurance — a group offering insurance advice on healthcare and other topics — has now ranked New York as the most responsible state in battling the pandemic.

New Jersey is listed as No. 2 most responsible.

The study actually lists California as No. 7 among most responsible states vs. COVID, even though the West Coast state is now being hit by a frightening resurgence of the virus.

On the irresponsible side, the worst versus the virus is South Carolina, followed by Kansas, Idaho, Ohio, Indiana, Alabama, South Dakota, Missouri, Kentucky and Oklahoma.

Data for the study focused on three main things: mask wearing, sheltering in place and testing.

YouGov recently released data on the percentage of American adults in each state who say they wear a face mask when in public. The U.S. Bureau of Transportation Statistics is tracking the average number of people staying at home to socially distance. The number of coronavirus tests per 100,000 residents is contained in data provided by the Johns Hopkins School of Medicine.

In New York, for example, 53 percent have been wearing masks and 30 percent sheltered in place.

Meanwhile, in South Carolina, only 37 percent have been wearing masks and only 18 percent sheltered in place.

The study notes that regions where the virus has spiked, the Midwest and South, have industries like manufacturing and agriculture that don’t allow people to work from home, so protective measures are even more important. The regions where states have done the best keeping the virus under control are the Northeast and the West, specifically, California, Nevada and Alaska, plus Illinois.

“The last 137 days have been hell for New York as we were the epicenter of this pandemic,” Cuomo said. “However, New Yorkers stood as one, acted responsibly and — as many other states in this nation are now grappling with new spikes of this insidious virus — the beast, for now, has been brought to bay in this state.

“A new study by The Truth About Insurance has named New York the most responsible state in fighting COVID-19. We’ve used data and science to drive this fight and fuel our reopening strategy — but make no mistake, this distinction is shared by every single New Yorker who did the right thing these last months, ignored the politics, socially distanced and wore a mask.

“Together, we climbed this terrible mountain and came down on the other side, but we can’t stop now,” the governor said. “We must remain disciplined and we must remain New York Tough. We’ve come too far to go back to where we were.”