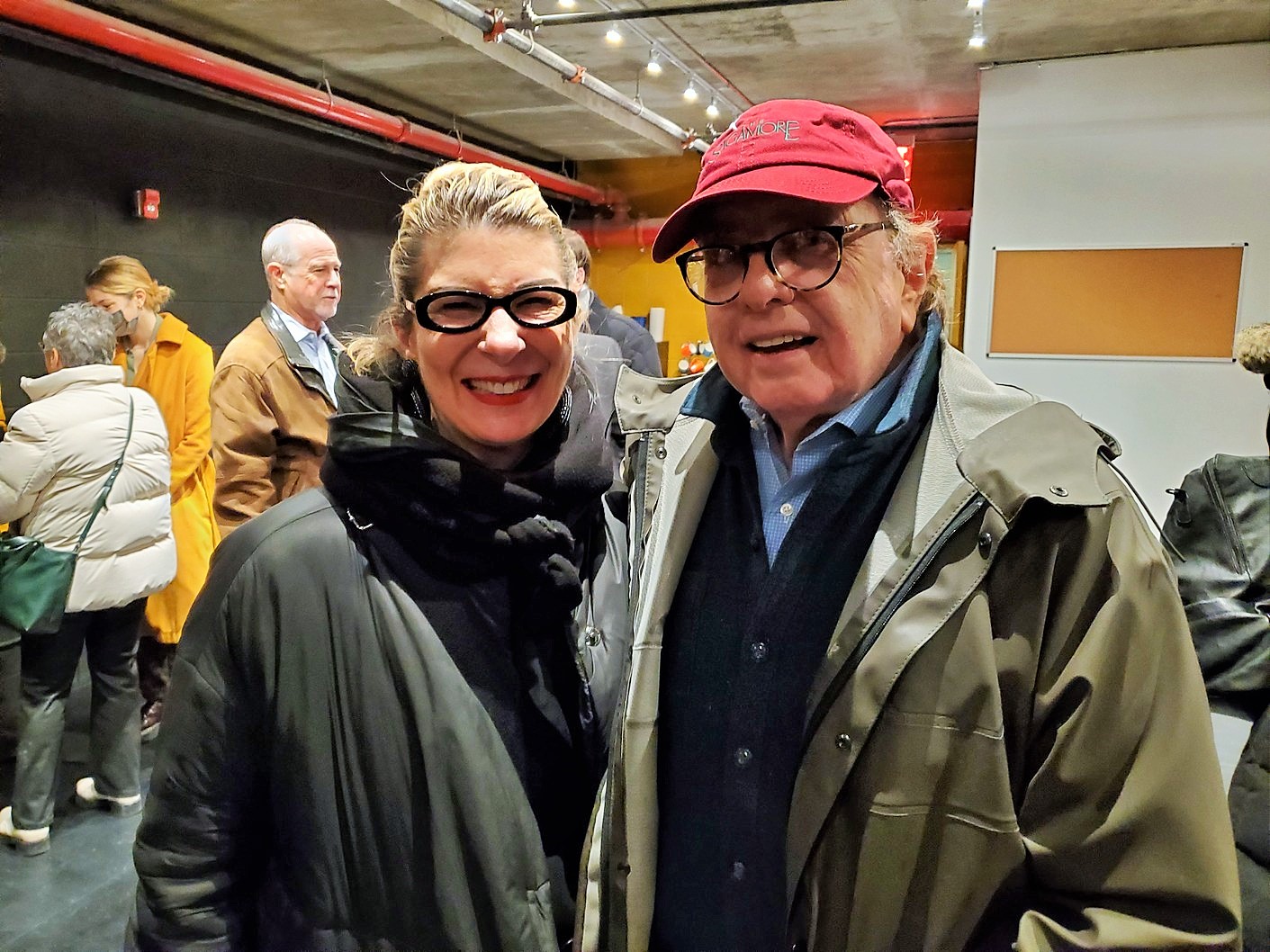 C.B. 2 member David Gruber, right, and Carla Hoke-Miller, the director of theatre programs and partnerships for the Mayor's Office of Media and Entertainment, at the dedication of the new space. (Photo by The Village Sun)

BY THE VILLAGE SUN | As any performing artist knows, cheap rehearsal space is hard to come by in New York City, particularly in Downtown Manhattan. On top of that, the pandemic forced the closure of many rehearsal studios.

Now, however, thanks to a unique collaboration between Community Board 2, a real estate company, a developer and a quartet of theater companies, the Meatpacking District is home to a brand-new, affordable rehearsal space.

On Tuesday, officials and members of groups that are part of the effort gathered to celebrate the new West Village Rehearsal Co-op. Located at 60-74 Gansevoort St., the 1,500-square-foot space is fully A.D.A.-compliant. It’s actually already been open a few months.

You enter from the sidewalk through a nondescript doorway sandwiched between a colorful Louis Vuitton pop-up store on the corner of Washington Street and another chic boutique to the east.

With a 99-year lease, the location is dedicated for cultural use for the next generation and beyond. The hope is that the West Village Rehearsal Co-Op will not only provide necessary support to artists in the West Village but also create a blueprint for the development of similar studios throughout the city.

The organizations are partnering to ensure the facility supports the work of 1,500 artists annually and is programmed 50 weeks a year. The new rehearsal studio was also made possible through the support of the Hyde & Watson Foundation and the Thompson Family Foundation.

New Ohio, HERE and Rattlestick are all based in the West Village.

Six months out of the year, the space will be devoted to artists working with the three C.B. 2-based theater companies. The rest of the year, the rehearsal room will be available for IndieSpace artists at no more than $10 per hour or, in some cases, free.

The idea for creating the space as a giveback to the community arose from the C.B. 2 review process for Aurora Capital’s so-called “Gansevoort Row” redevelopment plan for the south side of Gansevoort Street between Washington and Greenwich Streets.

The community and Village Preservation (then still known as Greenwich Village Society for Historic Preservation) bitterly fought the project, which required an upzoning in order to vertically enlarge the strip, which is located in the landmarked Gansevoort Historic District. But the developer prevailed and was allowed to build up the site, albeit in a historically contextual way.

Gottlieb Real Estate, which owned the buildings, partnered with Aurora on the development project.

Gruber of C.B. 2 was instrumental in making the whole arrangement come together. Tuesday’s ceremony was a proud moment for him.

“This is a really big deal,” he said.