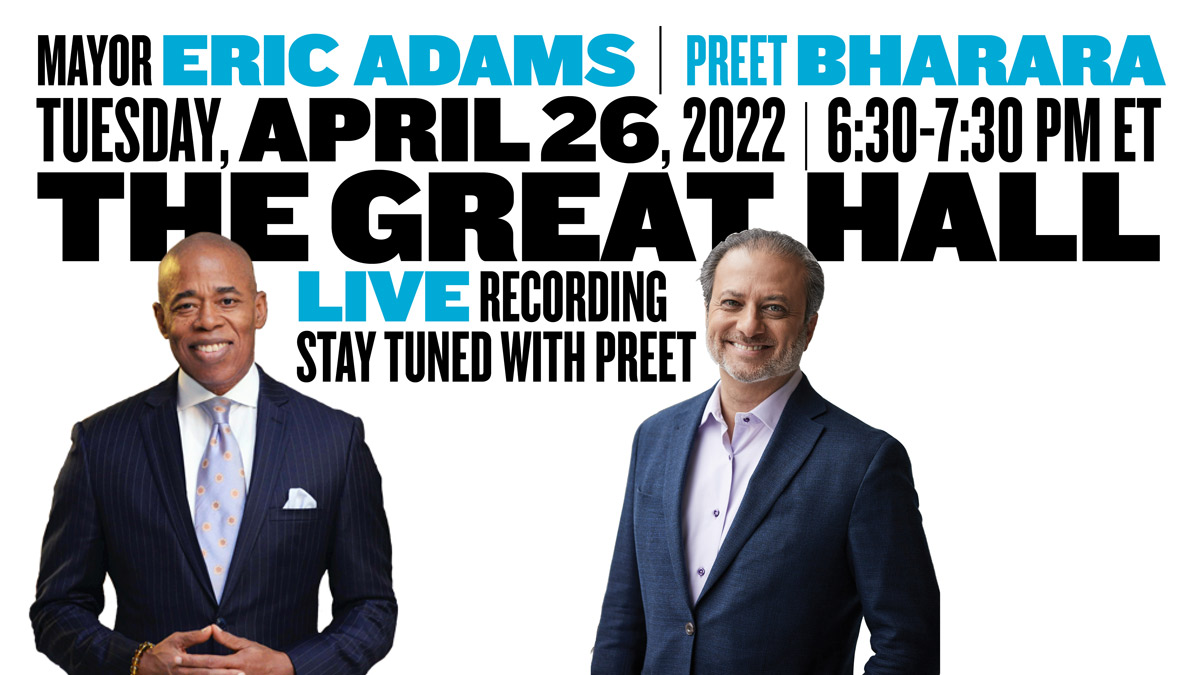 Mayor Eric Adams will be in conversation with former federal prosecutor Preet Bharara to discuss the future of New York City in a free, public program in The Cooper Union’s Great Hall on Tues., April 26.

The event, which will run from 6:30 p.m. to 7:30 p.m., is Cooper Union’s 2022 John Jay Iselin Memorial Lecture and will be broadcast on Bharara’s national podcast, “Stay Tuned with Preet.”

Bharara served as U.S. Attorney for the Southern District of New York from 2009 to 2017. His office oversaw the investigation and litigation of civil and criminal cases involving terrorism, financial and healthcare fraud, public corruption and more. In 2017, Bharara joined the New York University School of Law faculty as a “distinguished scholar in residence.”

The John Jay Iselin Memorial Lecture honors the 10th president of The Cooper Union, who served from 1987 to 2000. As general manager and president of Channel 13, Jay Iselin was a national leader in making public television a vital force in broadcast journalism. Among the programs he originated were “Nature” and “The MacNeil/Lehrer NewsHour.” Iselin died in 2008.

Attendees at the June 26 event must show proof of complete COVID-19 vaccination and booster and must wear a C.D.C.-recommended mask (disposable surgical, KN95, KF94 or N95) while indoors. Cloth masks alone are not permitted, but may be worn as a second layer over a disposable surgical mask.

Adams and Bharara’s conversation will be located in the Great Hall, in the Foundation Building, at 7 E. Seventh St., between Third and Fourth Avenues. To register, click here.