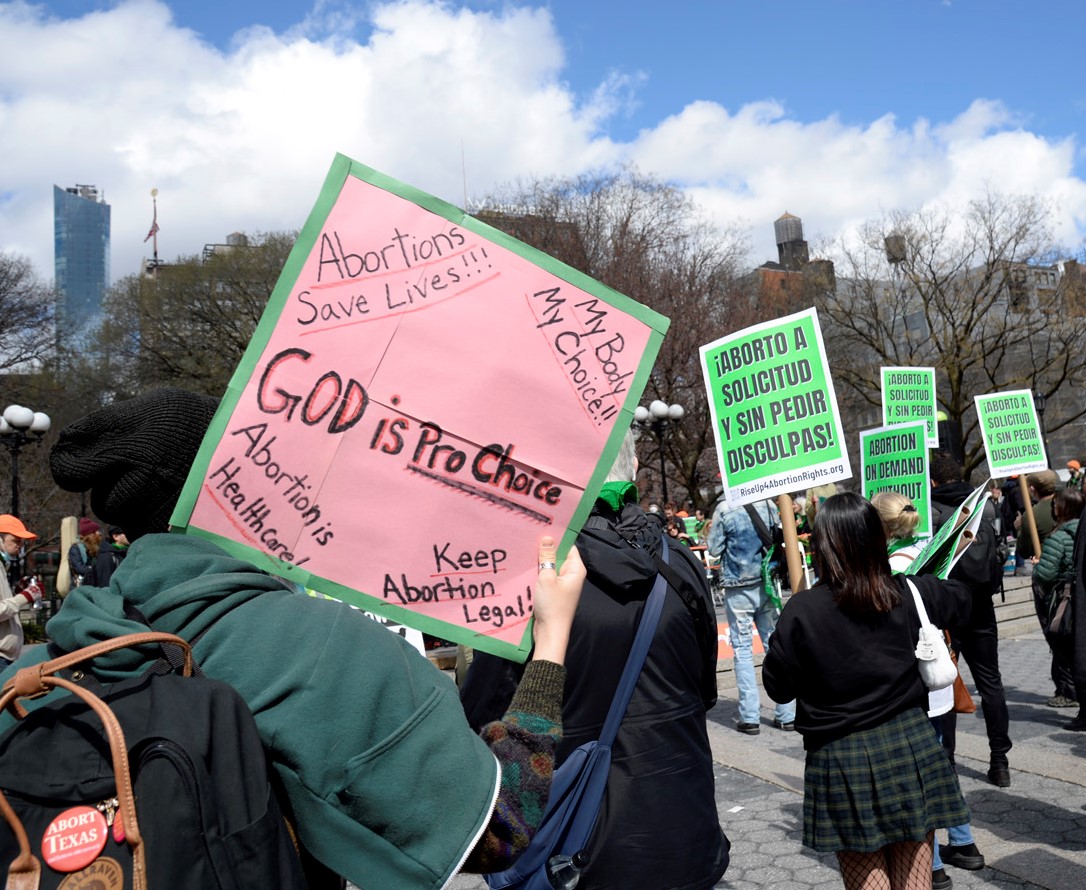 BY JEFFERSON SIEGEL | In 1973 the U.S. Supreme Court struck down Texas laws that criminalized abortion. The ruling, Roe v. Wade, has stood all these years as a touchstone for abortion rights that are now under threat.

On Saturday afternoon abortion-rights rallies were held in several cities around the country. In New York about 75 people gathered in Union Square to hear speakers decry the impending threat to pro-choice rights. Speakers warned that losing the right to abortion is a form of enslavement that forces women to have children against their will.

Many in the crowd wore and waved green bandanas that have become a symbol of abortion rights in Latin American countries. The gathering was organized by RiseUp4AbortionRights.org.

For the first half of the rally, eight counterprotesters, one holding a cross, stood silently nearby but did not approach the gathering.

After an hour the crowd marched to Washington Square Park where they gathered for more speeches before marching through the West Village.