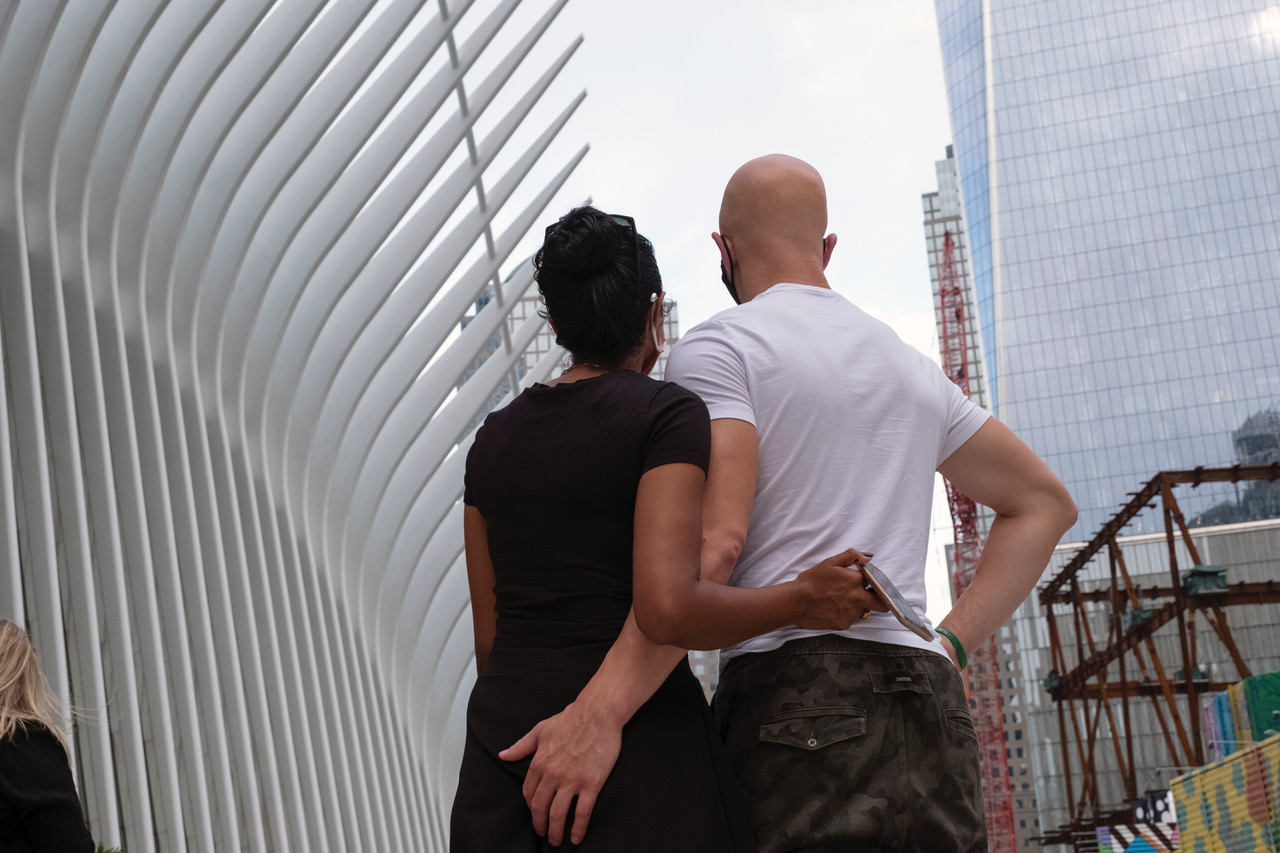 A couple near One World Trade Center and the Oculus transportation hub on Sept. 11, 2020. (Photo by Q. Sakamaki)

Award-winning photographer Q. Sakamaki was at the World Trade Center on Fri., Sept. 11, to document the 19th anniversary of the 9/11 attack.

Formerly an East Villager for many years, Sakamaki now lives in Harlem.

Since the disastrous terrorist incident, several buildings have been rebuilt at the site, including, most famously, One World Trade Center. At 1,776 feet tall, it’s the highest tower in the Western Hemisphere and the seventh tallest building in the world. The tower’s height also commemorates the signing of the Declaration of Independence on July 4, 1776.

Currently, only 2 World Trade Center remains to be rebuilt.