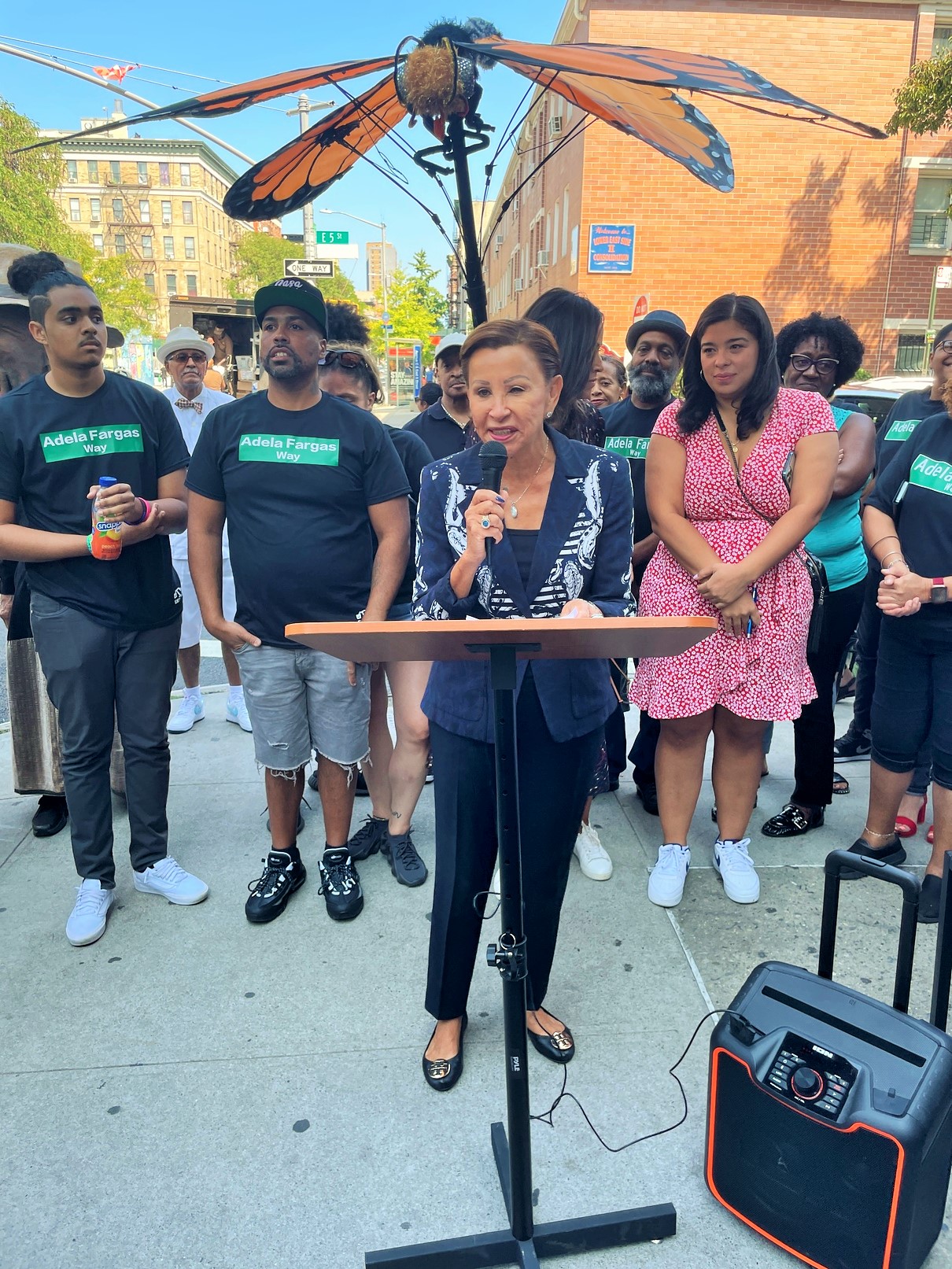 A moment to savor at Adela Fargas Way unveiling

BY THE VILLAGE SUN | Community leaders and local politicians gathered in Loisaida last month for the unveiling of Adela Fargas Way, honoring the legendary restaurateur who nourished the stomachs and soul of the neighborhood.

The new, co-naming street sign proudly hangs at E. Fifth Street and Avenue C a.k.a. Loisaida Avenue, near Casa Adela, the famed eatery Fargas ran for decades. She died at age 81 in 2018. Today, her son Luis Rivera carries on the business.

About 20 people — two wearing large papier-mâché heads, representing Fargas and another local icon, Carmen Pabon — turned out for the event. Among them was veteran community activist Carlos “Chino” Garcia, the executive director of CHARAS, who is currently residing at Gouverneur Hospital.

Speaking afterward, Frank Gozalez, the head of the nonprofit Loisaida CommUnity Concerns, as well as of Loisaida Reality, told The Village Sun the sign represents an important marker amid a landscape in flux.

As for the two giant puppet heads, Gonzalez said they represented the two spiritual mothers of Loisaida: Pabon housed the homeless in her own home, as well as fed them in her community garden on Avenue C, while Fargas nourished the neighborhood at her renowned restaurant.