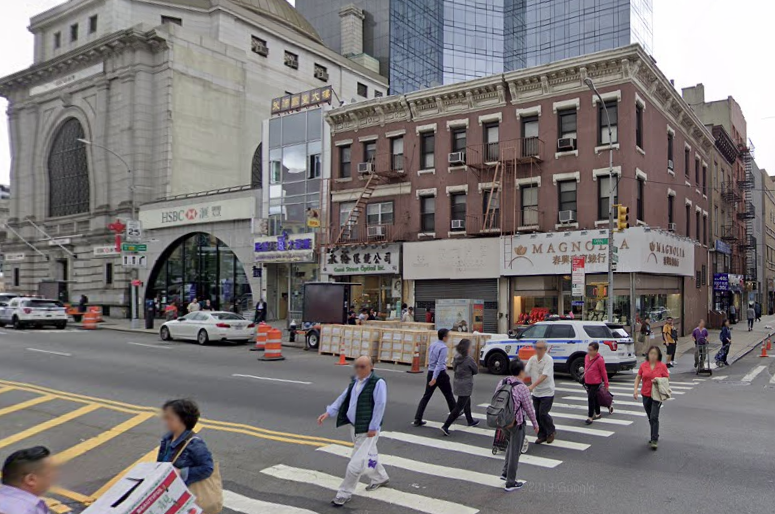 BY THE VILLAGE SUN | An elderly man was fatally struck by a city vehicle at Canal and Elizabeth Sts. on Saturday around 6:30 a.m., police said.

Responding to a 911 call, officers found the victim, 90, lying in the street with trauma to the body. E.M.S. medics transported him to Bellevue Hospital where he was pronounced dead.

According to a preliminary police investigation, a 61-year-old Department of Sanitation worker was driving east on Canal St. in a 2013 Ford Escape — a compact S.U.V. — approaching Elizabeth St., when he struck the 90-year-old trying to cross Canal from south to north.

The driver remained at the scene and was not charged. The investigation is ongoing.

A police spokesperson confirmed the driver is a Sanitation employee.

“We are cooperating with the N.Y.P.D. in their investigation,” the department said in a statement to NBC News. “Additionally, the Department of Sanitation is conducting its own internal investigation.”

“As of right now, it’s believed the vehicle had the light and the pedestrian was crossing against [the light],” the police spokesperson said.

Police have the victim’s name but, following usual protocol, are not releasing it publicly until they notify his family first.