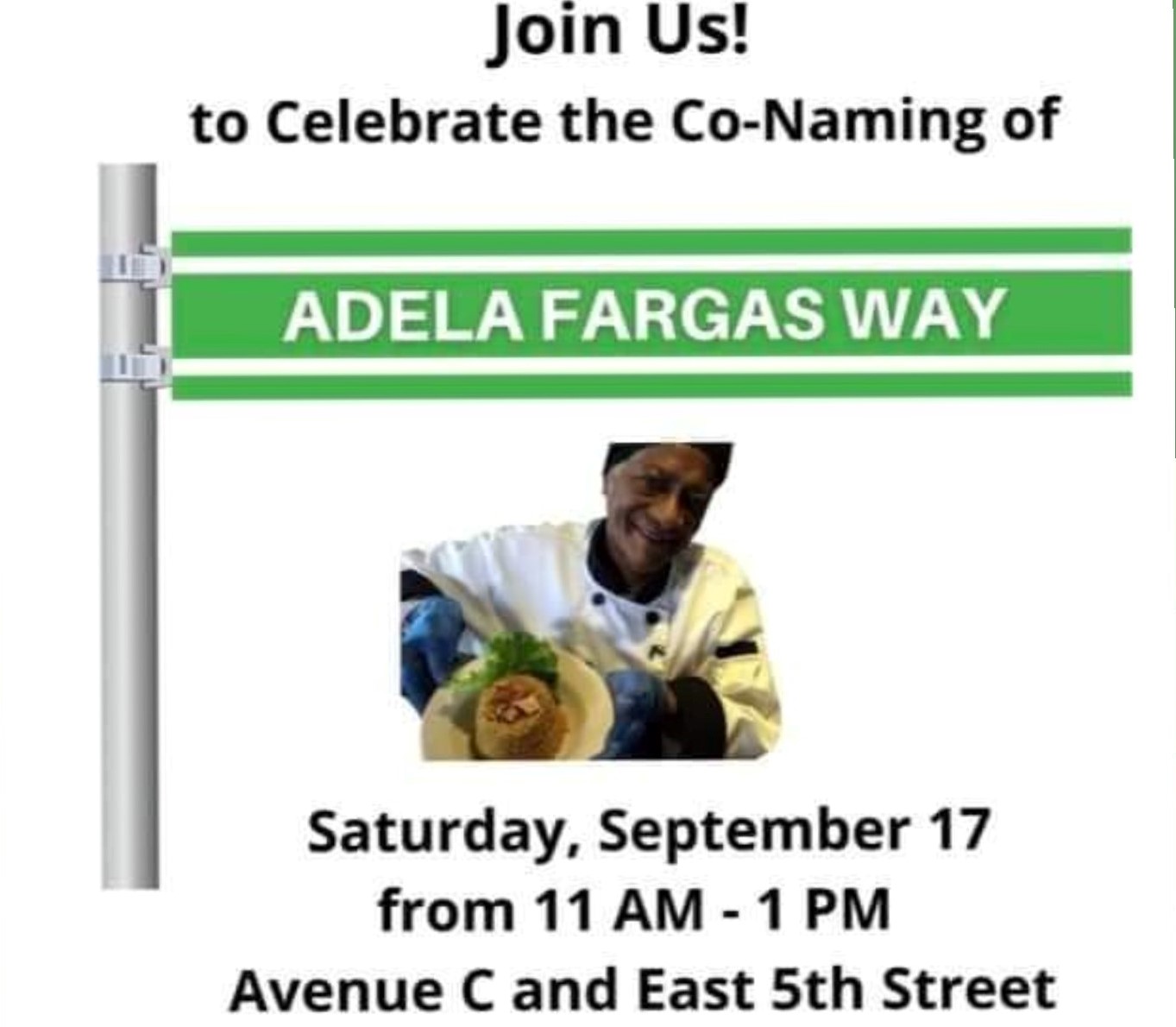 The Loisaida community will come together on Sat., Sept. 17, to celebrate the honorary co-naming of the corner of E. Fifth Street and Avenue C as Adela Fargas Way.

Fargas, the famed owner of Casa Adela restaurant, died at age 81 in January 2018.

She came to New York City from Puerto Rico in her mid-30s. Eventually settling into the restaurant business, Fargas became a beloved neighborhood figure, renowned for her mouth-watering rotisserie chicken and other traditional fare.

Today her son, Luis Rivera, carries on the restaurant tradition as Casa Adela’s manager. After some rocky negotiations with the Housing Development Fund Corporation that runs the building, Rivera was finally able to secure a seven-year lease renewal at better terms than were originally offered.

Carlos “Chino” Garcia, the executive director of CHARAS, who has recently been undergoing health issues, is feeling better and will be on hand at the street co-naming.