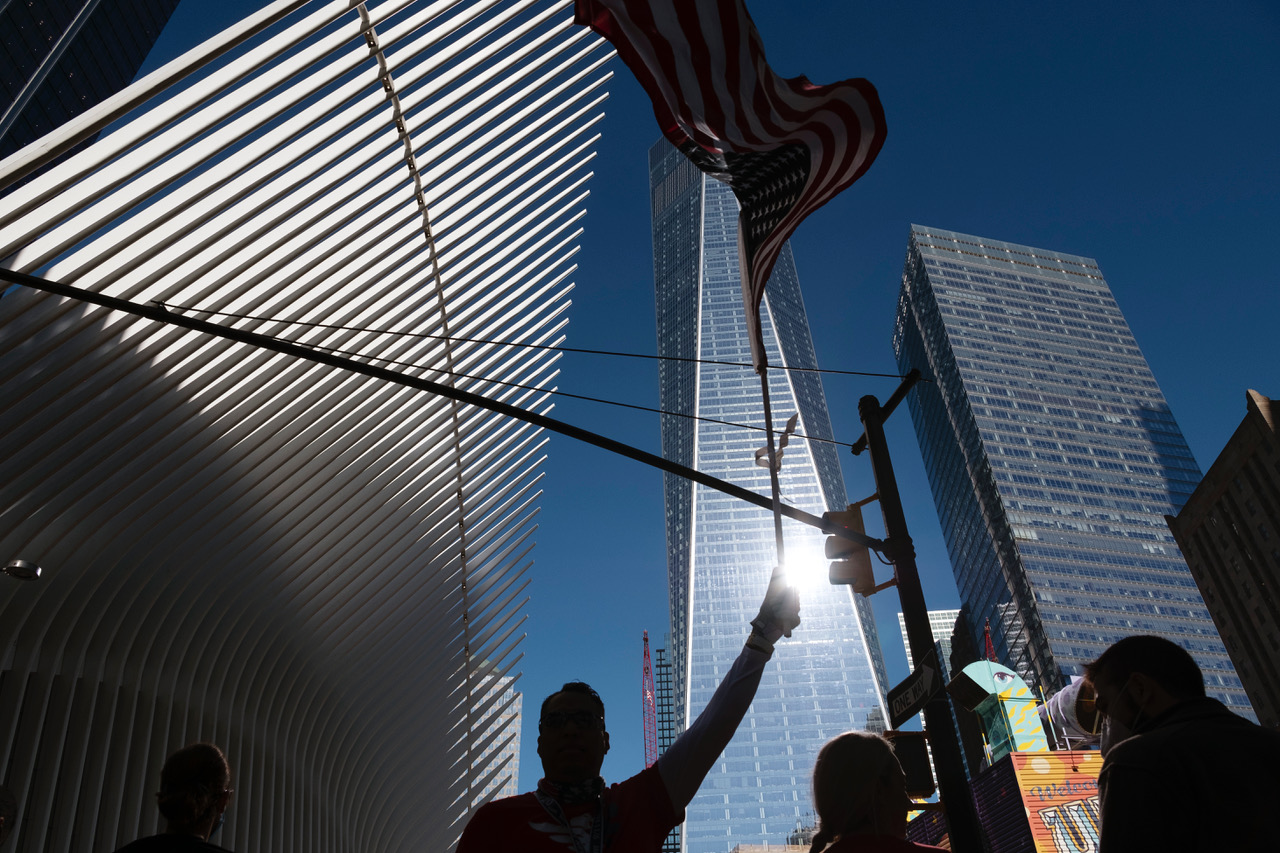 On the 20th anniversary of 9/11, a man held aloft an American flag with, in the background, from left, The Oculus transit hub, One World Trade Center and Seven World Trade Center. All three structures were built on the destroyed site in the years after the 2001 attack. (Photo by Q. Sakamaki)

From family members arriving at the World Trade Center for Saturday’s memorial service to the many others who came to pay their respects from a distance, photographer Q. Sakamaki documented the somber scene on the 20th anniversary of the infamous terrorist attack.