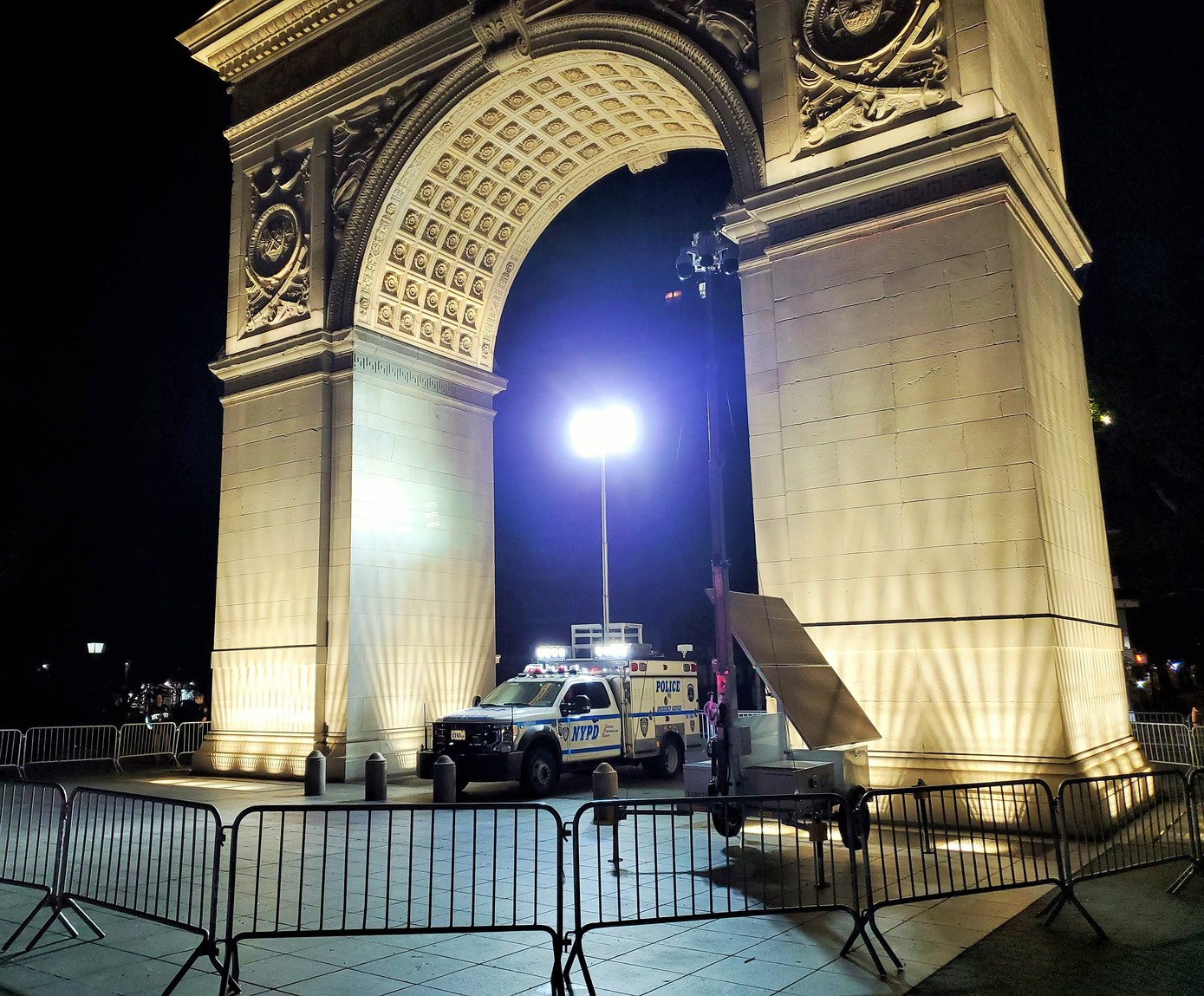 Around 11:25 p.m., police turned on floodlights under the arch, illuminating the darkened fountain plaza. (Photo by The Village Sun)

Shortly after 11 p.m., there were still around 150 to 200 people in the park, mostly hanging out around the fountain plaza.

Groups of police stood posted under the illuminated arch and at the plaza’s western and southern entranceways. A knot of Parks Enforcement Patrol officers also stood on the plaza’s eastern side.

There was almost no amplified music. However, there was some coming from next to two people who had ridden their motorcycles into the park and were hanging out on the plaza’s southern edge; but the music was pretty low and not audible from outside the park.

Around 11:25 p.m., police turned on floodlights that beamed out from under the arch, illuminating the darkened plaza with a harsh light.

Shortly after that, police wearing cobalt-blue polo shirts with “NYPD Community Affairs” on the back in yellow lettering, started going around the plaza, politely telling everyone that the park would be closing at midnight.

Bit by bit, everyone trickled out of the park.

Lieutenant Piezana from the Sixth Precinct was once again overseeing the police detail in the park. Shortly before midnight, a man on a motor scooter with a woman sitting behind him, slowly drove around the park, with the woman holding up her phone and videoing police and news reporters. After they pulled up by the fountain, the lieutenant started strolling toward them. But once he got near, they zipped away toward the park’s east side.

By 12:07 a.m., Washington Square Park was empty. A police car, its blue and red lights flashing, took a final counterclockwise spin around the fountain plaza as officers did a check to see that the park had been cleared.