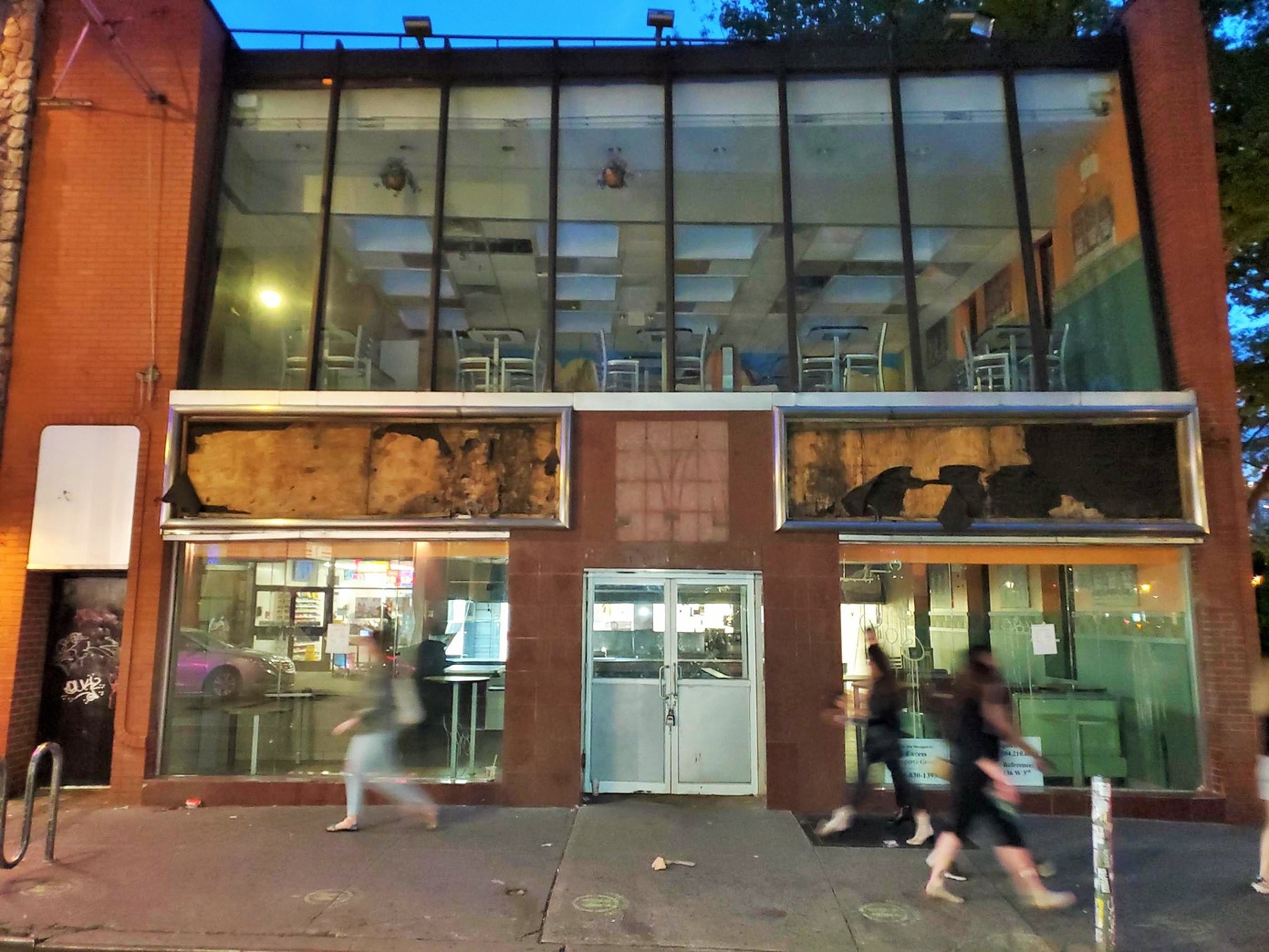 The former McDonald's at 136 W. Third St. (Photo by The Village Sun)

BY THE VILLAGE SUN | Locals are still digesting the closure of the McDonald’s on W. Third St. off of Sixth Ave.

The place, which closed in January, definitely was not all Happy Meals, but the frequent scene of mayhem and police blotter reports.

Time Out called it the city’s “most infamously chaotic McDonald’s.” Bowery Boogie dubbed it the “notorious West 3rd Street McDonald’s.”

Jim Drougas, the owner of Unoppressive Non-imperialist Bargain Books, nearby on Carmine St., was among those not sad to see the fast-food joint go.

“The most remarkable thing about that McDonald’s was after it closed at night it was a rat trap,” he said. “There would be hundreds of rats on 6-foot-high garbage bags on the curb.

“There was never a good feeling about that place.”

He recalled how Gerde’s Folk City used to be right next to the spot. Bob Dylan played his first professional show at Gerde’s, though at an earlier location on W. Fourth St. before the club moved to W. Third St. in 1970.

“McDonald’s was the downfall of the Village, in my view,” Drougas said. “It was a whole different kind of nourishment. I hope they stay empty forever,” he scoffed of the vacant storefront.

The tawdry sex stores along Sixth Ave. also were part of the “downfall of the Village,” he added.

Asked what he actually would like to see open in the former burger space, he offered, “A bargain bookstore. A folk music venue. …”

After mulling it over a bit more, he said, “Maybe they’ll make it into a giant CBD/legal marijuana store, with food for munchies.”