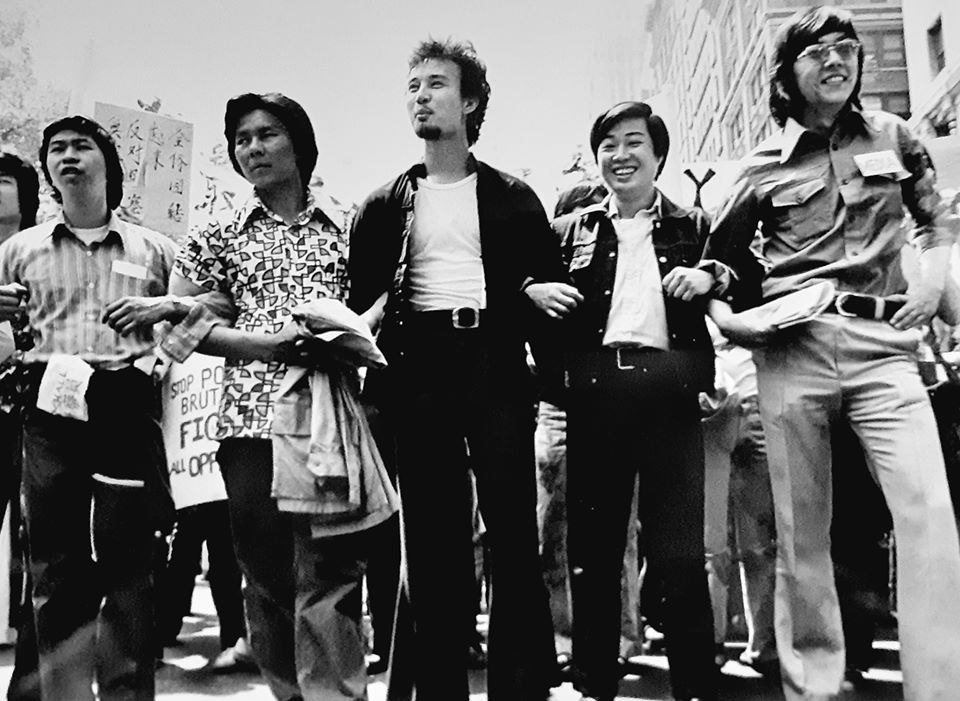 BY THE VILLAGE SUN | In some shades of the present, 45 years ago Chinatown was roiled by protests over an incident of police abuse of power.

On April 26, 1975, a crowd gathered around the scene of a traffic accident, where the two enraged drivers, one white and one Chinese, were continuing to ram each other with their vehicles.

According to reports, police “mishandled” a Chinese youth in the crowd, and Peter Yew, a 27-year old engineer from Brooklyn, protested. For his trouble, Yew was dragged into the Fifth Precinct and beaten.

The incident sparked two major demonstrations at City Hall, with one drawing 2,500 people. The precinct’s commander was also transferred.

The first rally was sponsored by Asian Americans for Equal Employment. In its coverage of the event, The New York Times quoted a man at May‐May Coffee Shop on Pell St.

“This is something that should have been done a long time ago.” John Hung told the paper. “So far, the Chinese always keep their mouths shut, and they are always oppressed by other people. Now the young people cannot take any more, and the old people join them. It’s really amazing.”

The second rally was organized by the Chinese Consolidated Benevolent Association and was meant to strike a more conciliatory tone.

Yew was originally charged with felonious assault, though that was reduced to a misdemeanor. On July 1, 1975, charges against him were dropped.

“Peter Yew is still around somewhere in New York City,” Lee said. “I saw him at a Chinatown dinner last year when Yee Ling Poon, an immigration lawyer, was honored. Poon was also active in the Peter Yew protests with her now-husband, K W Chin.”