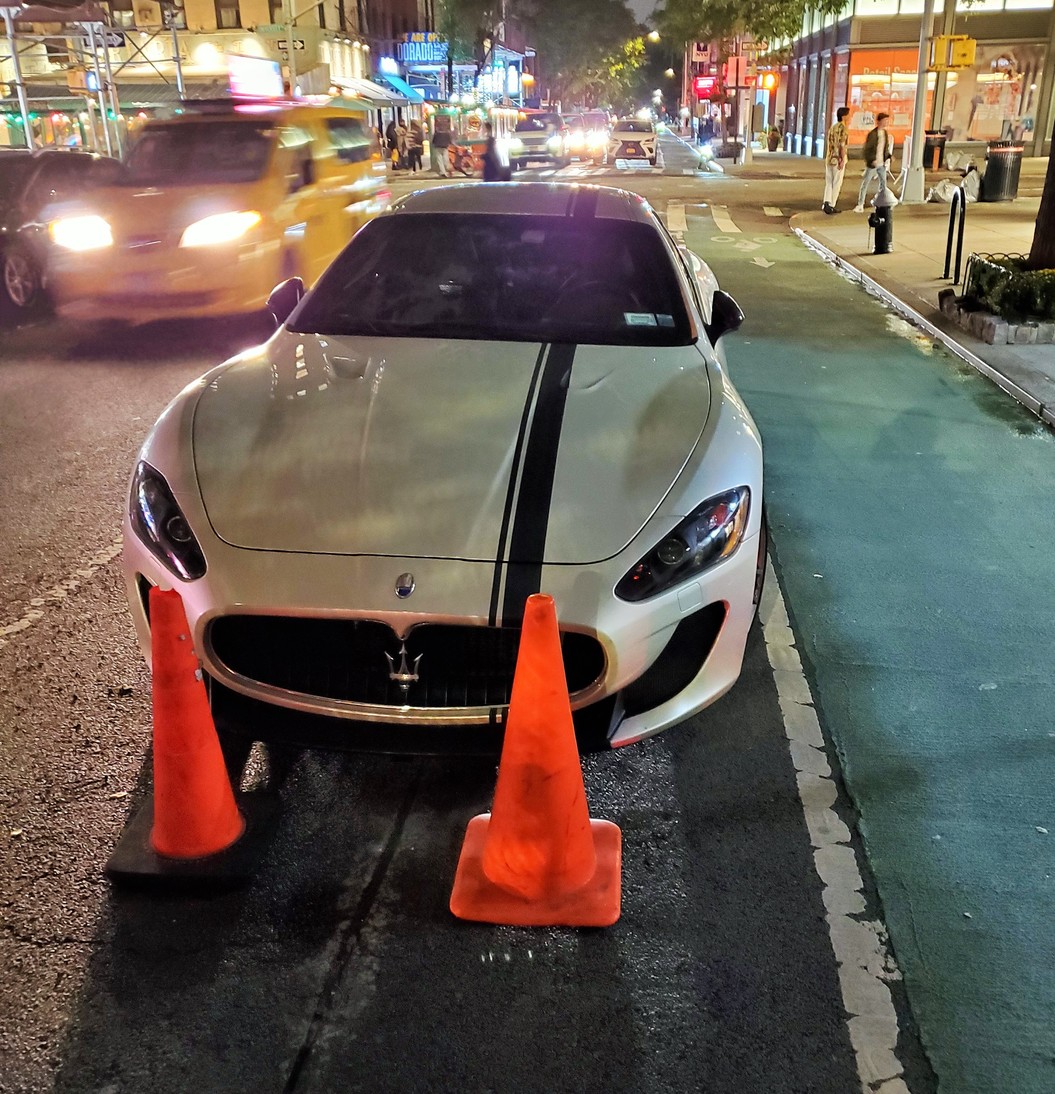 A bicycle activist wondered how this luxury car could constantly park in this spot in a designated dropoff lane. (Photo by The Village Sun)

BY THE VILLAGE SUN | The souped-up car is the super’s.

Some people have been wondering about this Maserati and how it can constantly stay parked in a designated pickup / drop-off zone on E. 12th Street.

Specifically, Choresh Wald, an avid cyclist who assiduously documents all the blocked bike lanes in the East Village — and there are a ton — has flagged the Italian luxury car in his tweets, urging The Village Sun to check it out.

It turns out the car’s owner is the super at 31 E. 12th St., a condo apartment building east of University Place, outside of whose front door the car is parked — between four cones, two in the front and two in the back.

A friendly doorman there Saturday evening, who revealed the super owned the car, explained the situation. He said that most of the vehicles that park in the dropoff lane, which is a No Standing zone, belong to detectives who work out of the Police Athletic League building on the opposite side of the street. Other cars that park in the lane belong to people, like the super, who work in the other buildings on the block, and have been “authorized” to park there by the detectives, he said.

As for the cones sandwiching the Maserati, he said they are there to “preserve parking” — for the super, obviously.

Asked if the sports car was new, he said, yes, he thought fairly new.

In one clear violation, the fancy car lacks a license plate on its front end, though it does have a rear license plate.