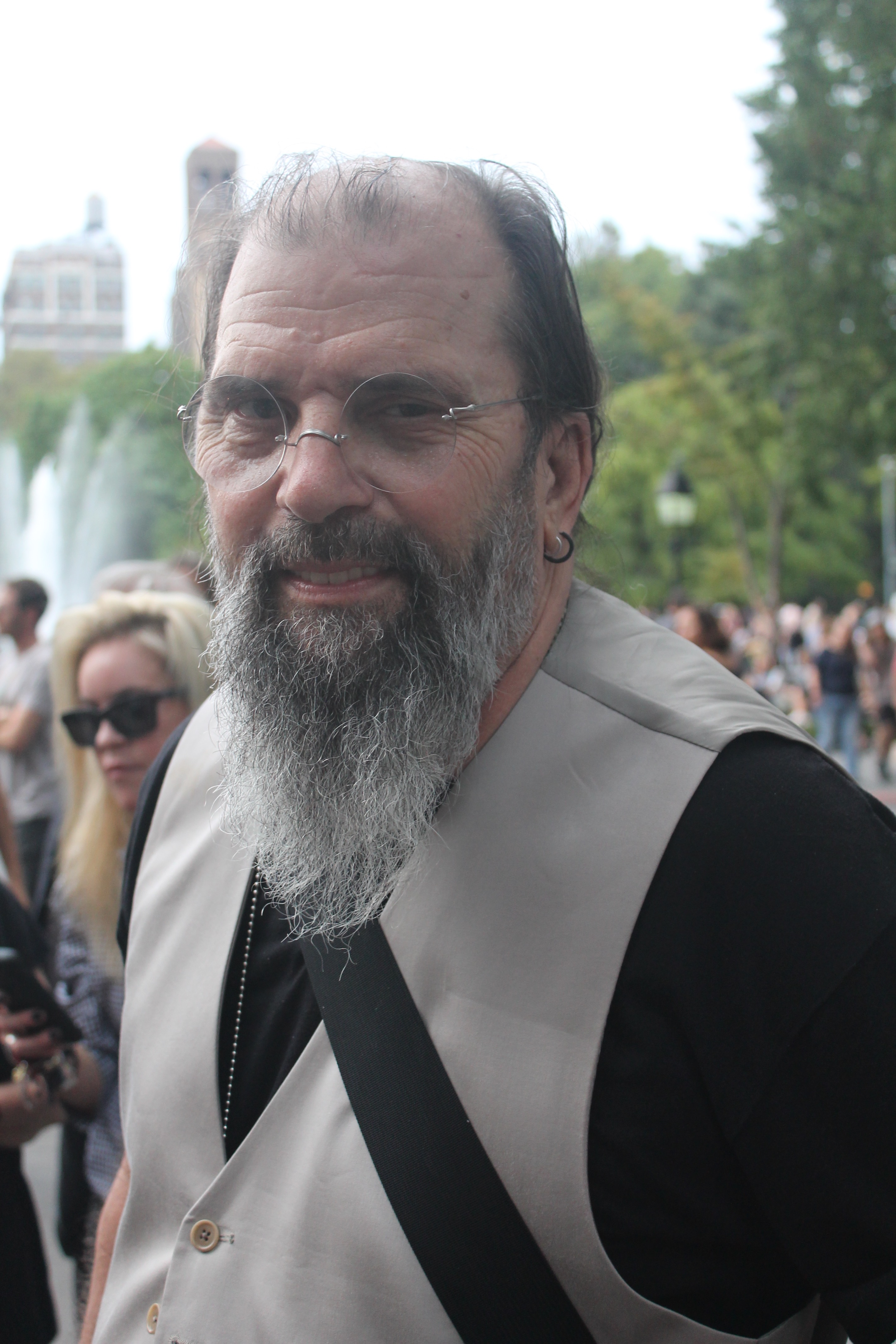 BY THE VILLAGE SUN | Steve Earle brought his infectious blend of rock, country and folk to Washington Square Park on Sat., Sept. 28, when he headlined The Village Trip’s festival’s free concert.

The Grammy-winning singer/songwriter has called the Village home for the last 14 years. He lives on Bleecker St. today, and previously lived on Jones St. and Washington Place.

Before launching into his 2008 song “City of Immigrants,” about his adopted hometown, Earle had some choice words about small businesses and immigrants — and President Trump.

“There’s no reason to go into a 7-Eleven in New York City,” he told the crowd, arrayed between the Garibaldi monument and the stage. “You can get everything you need in a deli, and fresh flowers 24 hours a day — I need ’em when I’m single, I need ’em when I’m married.

“If I’m cooking at night and I need an onion, I can go down and buy an onion. The New York deli was invented by people from Italy in this neighborhood.”

Earle noted he’s originally from San Antonio, Texas, or “occupied Mexico,” as he put it.

Today, many of the local delis are run by Korean immigrants, but before long it might be another group, he noted.

After his show, asked about his support of local small businesses, Earle said he’s no fan of online shopping.

“The only thing I get on Amazon is stuff I can’t get elsewhere,” he said, “which, in New York City, is not very much.”