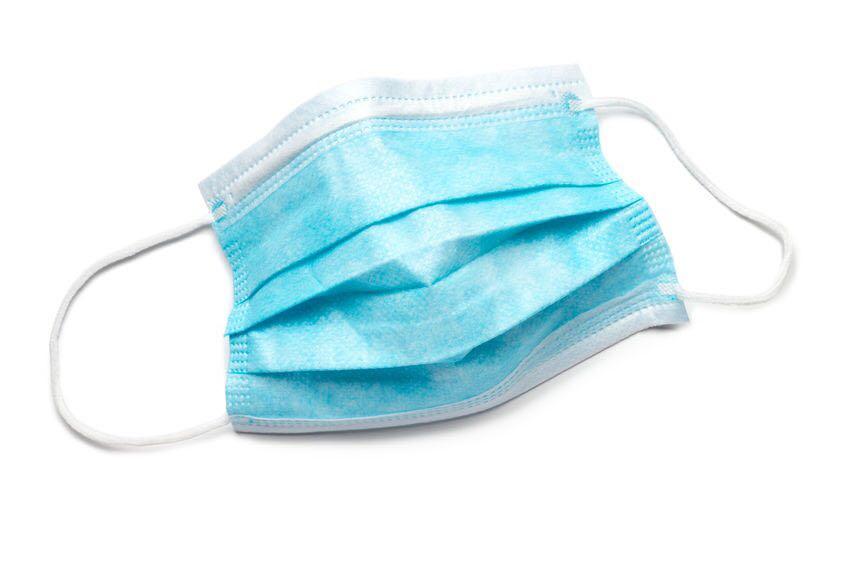 BY KATE WALTER | My life has been canceled and I just want to survive.

My last normal day was March 12. I took the bus from the West Village to the East Village and met a friend in our usual lunch spot, the B&H Dairy restaurant.

I had already texted her: no hugging. She ordered two blueberry blintzes and an egg cream. I ordered the Thursday special: four potato pierogies and a cup of vegetable soup.

We always discussed reading. I gave her a list of three books that I had really enjoyed recently: “The Dutch House,” by Ann Patchett, “The Resisters,” by Gish Jen, “The World That We Knew,” by Alice Hoffman.

We lingered on Second Ave. in front of the Ottendorfer Library. My friend planned to go inside and ask the librarian to reserve them. She is a technophobe who does not know how to use a computer. I really went off on her, calling her a dinosaur.

I later texted an apology, blaming my outburst on anxiety over the virus. She said it was O.K. She does not have e-mail and she is not on social media. I told her this was limiting.

Looking back, that conversation seems prescient. Since I’m staying inside, my entire life is interacting on Facebook, attending classes and workshops that are streamed or Zoomed.

I attended my church service (streamed). I took two qi gong classes with teachers I know. One was live on Facebook, broadcast from my neighbors in Westbeth.

I also attended a Zoom workshop with a spiritual teacher I’d met at Omega. She spoke about trying to avoid getting swept into “the fear tornado.” I really like that expression.

My weekly writing workshop, that I’ve belonged to for years, has moved to Zoom. Before last month, I had never attended a Zoom meeting.

The last I heard, my friend’s son had ordered her a Kindle. I wondered how she would download the books since she doesn’t have an Amazon account. Maybe he can do that for her.

I’ve always had this pet peeve about baby boomers who are technologically incompetent. Now it’s not just making us look old, it’s adding to the isolation. She felt that getting a Kindle was a step toward progress. One step at a time.

I was still in denial on March 12. I didn’t even wear plastic gloves when I went outside, although I made a point not to touch the bus door with my fingertips and then to sanitize them. That was the last time I rode the bus.

The day it really hit me was Sun., March 15, when I was asked to attend an emergency planning meeting in the Westbeth community room. The president of our board of directors said he was in close touch with Governor Cuomo and that Cuomo was going to close down the city and there would be hospitals in places like the Javits Center.

“This is war,” someone said.

The main purpose of the meeting was to organize team captains for each floor to be links between the board of directors and the Residents Council. Westbeth is a NORC, a naturally occurring retirement community, with many vulnerable residents, including people with Alzheimer’s and full-time home attendants. I signed up to be a floor captain. We will get groceries or meds for anyone who needs help; print out memos for residents without e-mail.

I left the meeting scared, knowing this was going to be bad. I contemplated leaving the city.

I have a small bungalow at the Jersey Shore and was tempted to flee. I’m not wealthy at all. I inherited this cozy cottage when my mother died and I co-own it with two siblings. The beach house is still closed for the winter, although it’s not a big deal to turn the utilities back on. But it’s actually smaller than my one-bedroom apartment and I don’t have a car. Even under normal circumstances, there’s nothing to do on that island in the off-season. I’d be bored out of my mind, so I decided to stay home in Westbeth with my books and instruments and good Wi-Fi and supportive neighbors.

The next time the reality slammed me was on March 31. That’s when I found out that Paul (not his real name), a good friend of mine in New Jersey, has COVID and was home very sick.

I was checking on him because he has a vulnerable job and can’t work remotely. We were texting and I said, “Do you want me to call?” and he said, “No, I can’t talk. I’m coughing so much.”

He later texted back his test results: positive.

Only a few weeks ago, Paul and I were making plans for the Fourth of July holiday in Ocean Grove, which we’ve been doing for years.

I texted him that I put him on the prayer list of my church and my yoga center. He’s a single gay man, very close to his sister. But she’s probably quarantined now. A mutual friend has volunteered to go to the store, leave stuff on his porch. I have known Paul since the ’70s. I am so worried.

I’m also talking on the phone more. I spoke with with my first cousin Eileen, a psychologist at a nursing home. Eileen told me to stay strong and stay calm and try to control the things I can control.

She described the situation at the nursing home: Residents are trapped inside their rooms. All activities have been canceled and no more group dining.

She checks in on her clients from the hallway. A resident told her she is lucky she can go home. Every day, as she enters the workplace, someone takes her temperature.

I’m also having weekly conversations with Jennifer, one of my best friends from high school. We had lost touch over the years but we reconnected at our 50th reunion a few years ago. She lives in Phoenix, a professor of sociology at the University of Arizona.

She always teaches online, so her life really hasn’t changed that much.

Talking to Jennifer reminded me of when we were teenagers, chatting on the phone every night, my mother yelling at me to hang up because she was expecting a phone call from my aunt.

On a good day, I go for a solitary walk and maybe see a Westbeth neighbor and we talk from 6 feet away. It was actually comical when I was shouting to a neighbor who I think is hard of hearing. Then again, maybe my voice was just garbled because I was talking through a face mask. I finally started wearing one even though I’m not immunocompromised.

At Westbeth, it is now one person at a time at the elevator (unless you are family) and we were asked to only check our mail twice a week in order to maintain social distancing in our mail room (unless we are expecting an urgent piece of mail.)

Before this pandemic hit, Westbeth Artists Housing was gearing up to celebrate our 50th anniversary. (The first tenants arrived in May 1970.) My choral group was working on versions of songs arranged by Gil Evans, who lived at Westbeth.

Now residents are staying in touch through our Web site. I’m loving this great series on it called “Westbeth Chronicles.” This project was planned months ago but now it’s more meaningful. Residents were invited to contribute a short memory to it.

I’m grateful to the hard-working staff at Westbeth who are working diligently to sanitize everything. They will get the biggest tip ever at the holidays.

I appreciate the workers in the grocery stores who travel here on the empty subway to ring up my groceries and stock the shelves.

I have incredible admiration for all the doctors and nurses working on the front lines in the hospitals. Compared to their sacrifices, staying home alone is nothing.

Music is another thing getting me through. I’m listening to chant music (kirtan) and chanting along. Not only is it relaxing but I’m sending out healing vibes into the universe.

I’m a big fan and member of WFUV 90.7. I always tune into DJ Rita Houston’s show “The Whole Wide World” on Friday nights but now this program feels life sustaining. I cried when Rita played Van Morrison’s “Till We Get the Healing Done.” I was dancing around to the Bee Gees’ “Stayin’ Alive.” This is my new mantra.