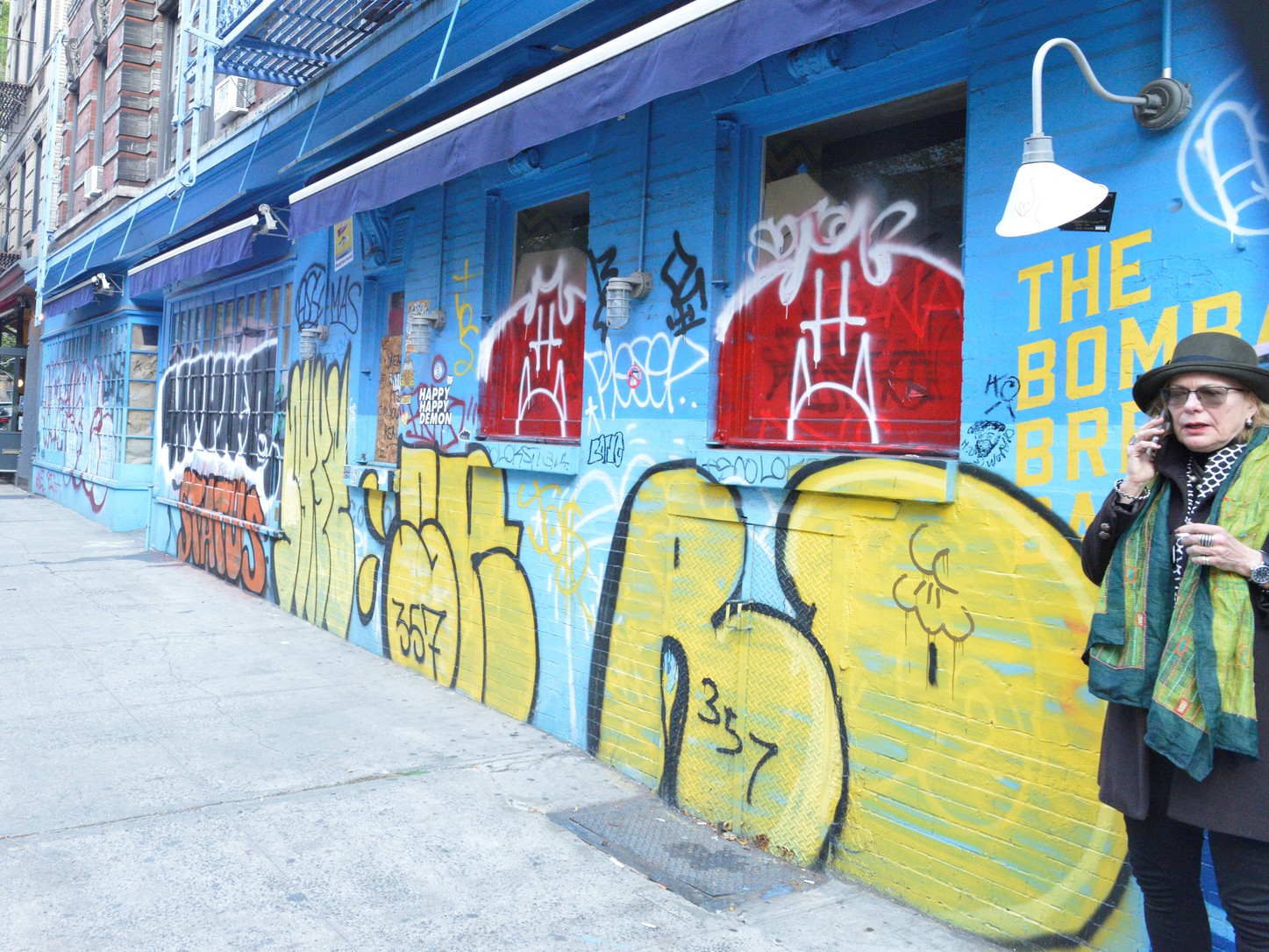 The writer recently spent an afternoon snapping photos of graffiti festooning buildings and storefronts in Soho. It wasn't hard to find. (Photo by Harry Pincus)

BY HARRY PINCUS | I see beauty in some of the graffiti, but most of it is ugly and hateful.

Soho, which I used to call So What, is perceived as a bastion of white wealth and privilege. And so, climbing up on a sidewalk shed and spray-painting things next to someone’s window, or beside the flowers next to a fancy gallery, is an act of aggression and defiance. They hate it here, but they feel compelled to come here and buy $15 ice cream cones and thousand-dollar sneakers.

Soho was once a raggedy stretch where residents barely had plumbing. When someone painted the words “Piss Elegant” on a wall, or in the case of my old friend Rene, “I am the Best Artist,” it was funny. We were a community that knew what we were talking about.

Today’s graffiti is a babble of graphic tongues that arrives via the subway. It is a form of energy, but it’s misdirected and it makes no sense. It has nothing to say beyond its need to declare the self-importance of the perpetrator, and its obvious contempt for the people who still live here or pay exorbitant rents to run rip-off businesses here. If you resent being ripped off and feel despised, why come here?

I wanted to photograph the remaining smear of the spray paint on the wall of God’s Love We Deliver just across the street. A woman dressed in her underwear, sunglasses and an open jacket stood in front of the wall and asked me for a dollar.