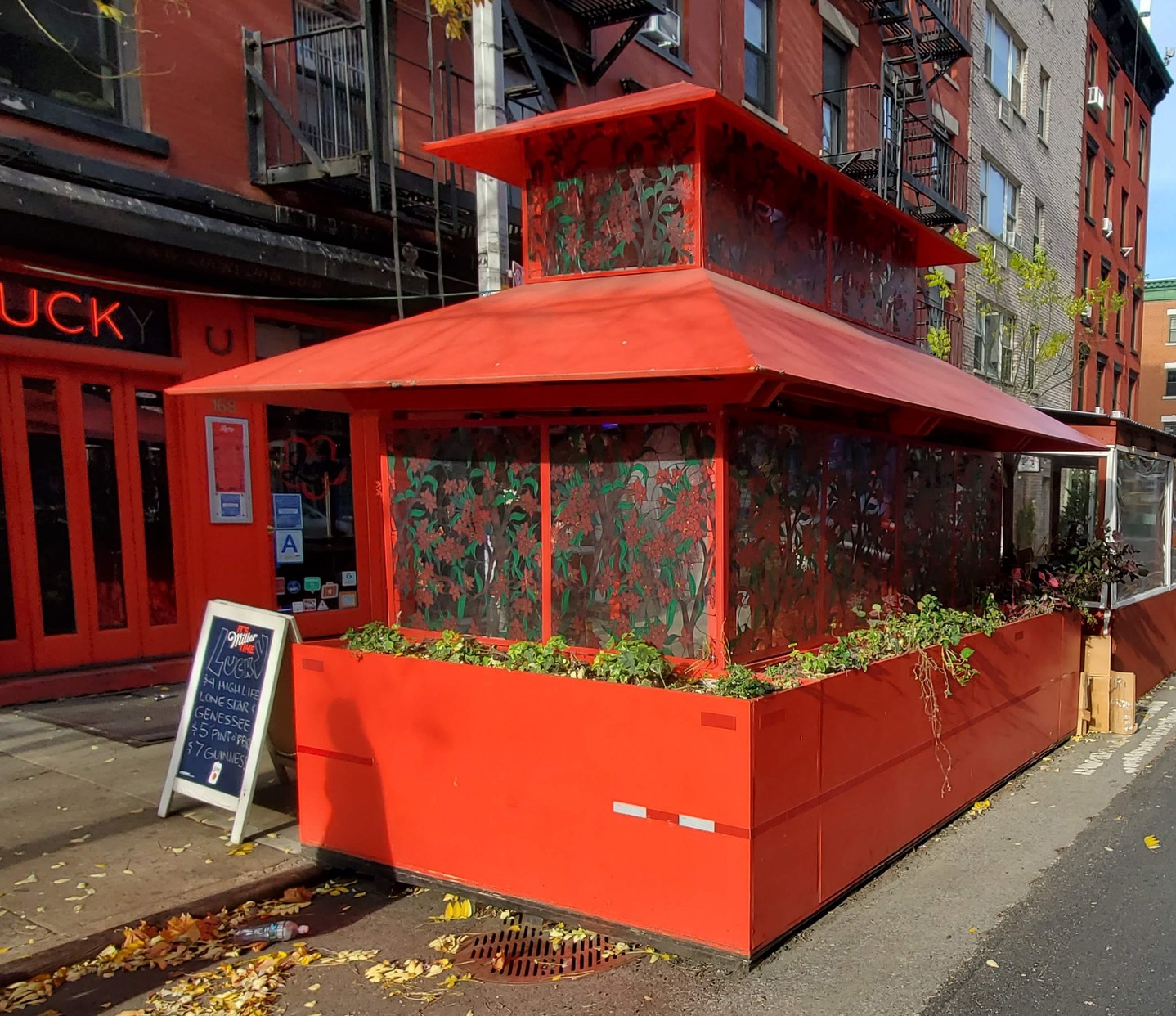 Can't deal with structure. Open Restaurants opponents will march through the West Village on Sat., Feb. 5. The dining shed above is outside Lucky bar on Avenue B. (Photo by The Village Sun)

BY THE VILLAGE SUN | The shed is about to hit the fan again… .

The City Council’s Committee on Worker Protection and Subcommittee on Zoning and Franchises will hold a remote hearing on Tues., Feb. 8, starting at 10 a.m. on establishing a permanent outdoor dining program — a.k.a. the roadway dining sheds — and also stripping away all existing sidewalk cafe zoning regulations.

To testify by Zoom or phone, members of the public should sign up at least 24 hours in advance of the hearing. Click here to register.

Public testimony will be limited to two minutes per person.

The hearing will be webcast live at council.nyc.gov/livestream. (See Virtual Room 1.) 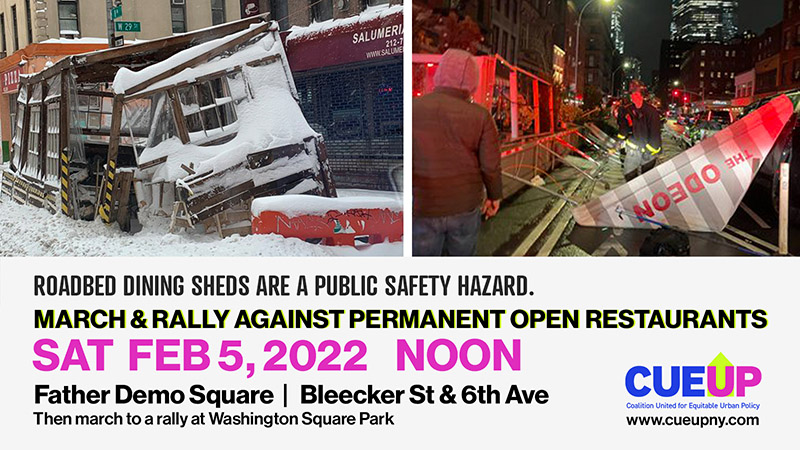 Ahead of the Council hearing, the ad hoc group CUEUP (Coalition United for Equitable Urban Policy) is sponsoring a “Chuck the Sheds” march and rally to protest the Permanent Open Restaurants program.

On Sat., Feb. 5, demonstrators will take to the streets in a brunch-hour march through the dining “yurt”-clogged blocks of Greenwich Village. They’ll speak out about the negative impacts that they say the Open Restaurants program is having on city dwellers — and will continue to have if the emergency pandemic program is made permanent. 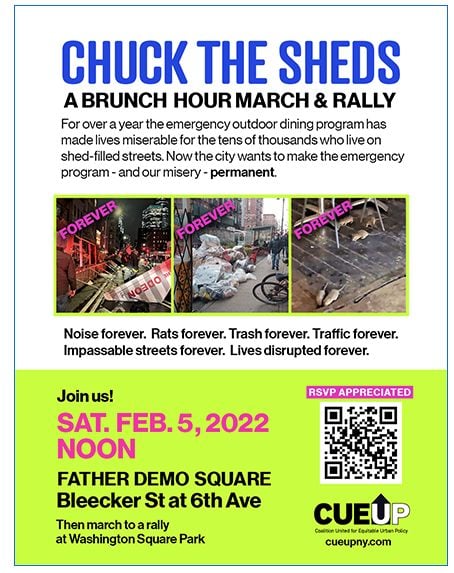 The march will kick off at noon from Father Demo Square, at Sixth Avenue and Bleecker Street, and head to Washington Square Park, concluding with a rally under the arch. CUEUP says the event will draw protesters from across the city.

Coalition member Stuart Waldman, a member of the Bedford-Downing Block Association, said, “We’ve outed Permanent Open Restaurants as a program that’s not a public benefit, but a public nuisance, a program that generates intolerable noise, street drunkenness, rat infestations and mounds of trash, a program that impedes pedestrian traffic while snarling street traffic. It’s time the mayor and City Council listen to the valid concerns of their constituents about this program.”

New York City’s community boards rejected a citywide zoning change for sidewalk cafes — the linchpin of the Permanent Open Restaurants program — by a resounding 62 percent to 38 percent margin, according to CUEUP.

Coalition member Melissa Kralich said, “We’re trying to get elected officials and city agencies to abandon their top-down strategy in developing this program, and work from the ground up, in true partnership with residential communities. That’s where the people affected by this program live, work, walk and ride — at ground level.”