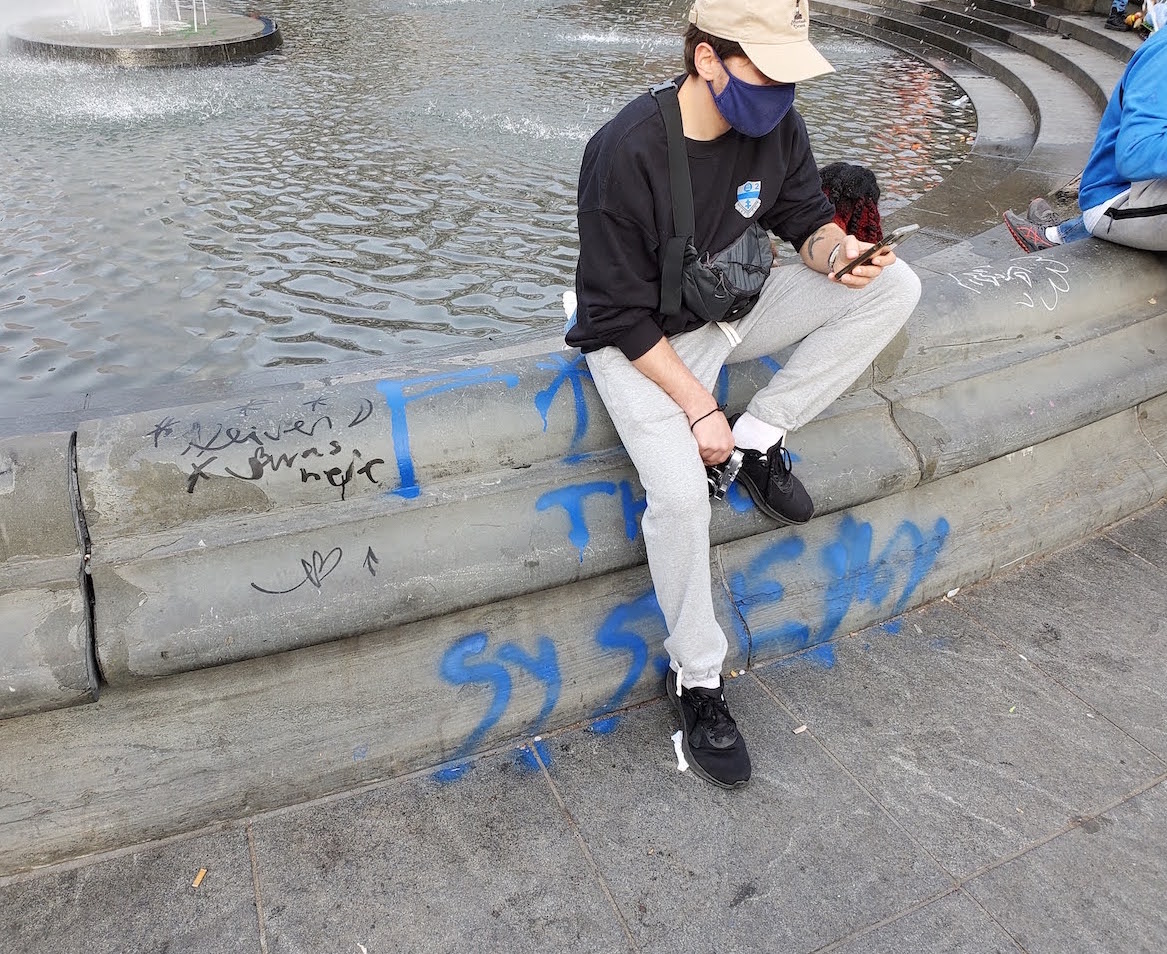 A guy came by and sat on "F*CK THE SYSTEM." (Photo by The Village Sun)

Saturday in the park

“F*CK THE SYSTEM” graffitied on the fountain was just part of the mix in Washington Square Park early Saturday evening.

There was also a red glyph sprayed nearby — maybe a new singer trying to emulate Prince?

Though marred by graffiti, the fountain was on. The skateboarders were out. An electric amplifier was pumping out a tune on the north side of the fountain and a few people were dancing to it. Pot was in the air.

A crowd gathered around a saxophonist playing by the arch, a mother and her little daughter happily bopping along to the groove.

Fashion models were doing shoots with the arch as a backdrop as skateboarders zipped around nearby.

An artist wearing a cardboard construction over his head was working on a piece.

Amid all the action, a sumi ink dancer was intensely focused, gyrating wildly on her canvas laid on the ground.