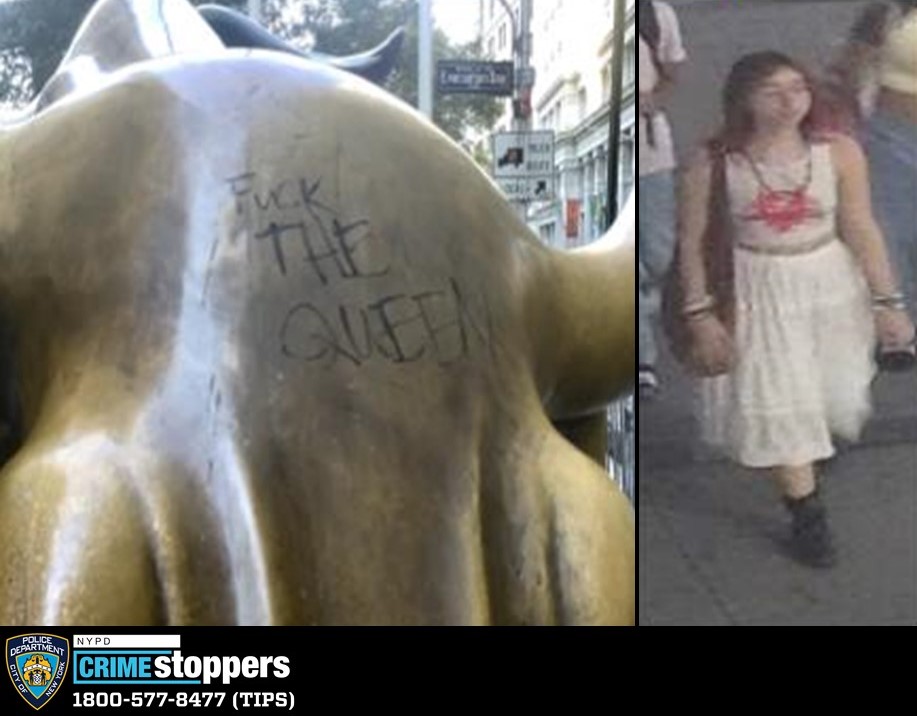 Queen was a load of bull, in graffitist’s view

BY THE VILLAGE SUN | A vandal in Lower Manhattan apparently thinks Queen Elizabeth was not bully good.

According to police, on Fri., Sept. 9, around 2:30 a.m., a group of four young people approached the “Charging Bull” statue at Bowling Green, at the corner of Morris Street and Broadway. The queen, 96, had died just hours earlier the previous afternoon.

One of the group, a young woman, used a “paint marker-type instrument” to write the words “F— THE QUEEN” on the statue. They then fled northbound on Broadway.

The anti-monarch-marking perp is wanted on a charge of criminal mischief.

Critics of the British royalty hate them, among other reasons, for having historically presided over what they charge was a racist and brutal colonial empire.