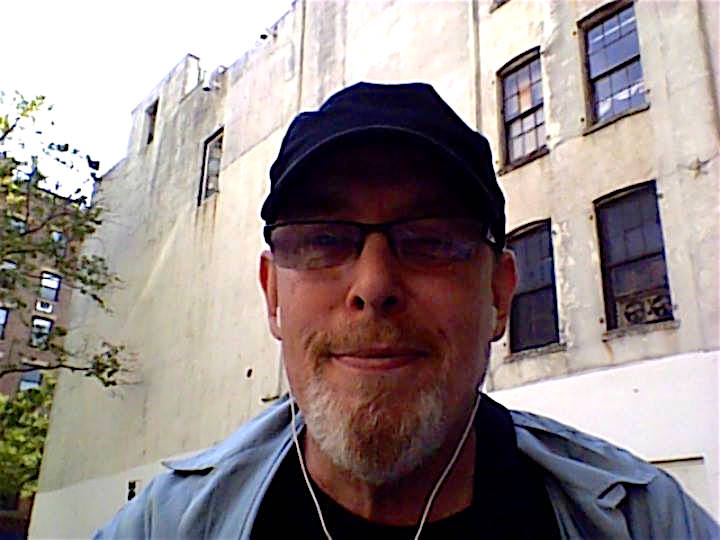 One last visit at Westbeth

BY KATE WALTER | The neighbor who used to live in my Westbeth apartment knocked on my door to ask if I had gotten any of his mail by mistake.

Jeff had moved to another floor in our fabled artists housing complex. I’d lived in his old space for eight years but occasionally I’d still get a stray piece of his mail.

As Jeff stood in my doorway peeping in, I sensed he wanted to see what his former home appeared like now. So I invited him inside. He told me it looked great and started to reminisce about how the furniture was arranged when he lived here. He conjured up the layout for me.

I envied the fact he’d had a river view, now blocked by the tall condo building on the corner.

Truthfully, it seemed like he didn’t want to leave. He was probably in my apartment a little more than 10 minutes. I dropped gentle hints with my body language — walking toward the open door — that it was time to go. I barely knew him and I was expecting company.

We said goodbye. I told him I’d keep an eye out for any mail. I gathered he was expecting something important.

Within 10 days after his appearance, he was dead. I was shocked when I saw his picture with RIP posted on the bulletin board in the main lobby. Now I felt glad I was home when he came to my door and grateful I invited him to tour his old apartment. I gave him a gift, a final visit.

Naturally, this had me wondering. Did Jeff have any inkling he was going to pass? Did he have a need to see his former digs one more time? Or was it just a coincidence that he came by?

Later, I learned from a neighbor that he had just been released from the hospital with pneumonia and was trying to get his strength back. I figured Jeff must have come to my door shortly after he’d returned home. He didn’t appear sick to me.

As I processed this news, I was haunted by the surprise visit. Looking back, it felt as if my neighbor was coming full circle and needed to reconnect with his memories here, like a form of closure.

When I posted about this on social media, everyone said it was kind of me to let him in. Of course, I did. I’m a friendly person and I live in community of artists; it’s not your typical New York City building.

I knew Jeff Andrews was a bass player, but I had no idea about his career. After he died, I saw the videos that friends had posted on Facebook, including a brilliant solo of his playing bass with the legendary jazz fusion band Steps Ahead. I had some of their albums.

About two weeks after Jeff passed away, the letter he was seeking arrived in my box. I took it down to the mailroom, gave it to our carrier, so she could put it in his box for his brother to pick up.