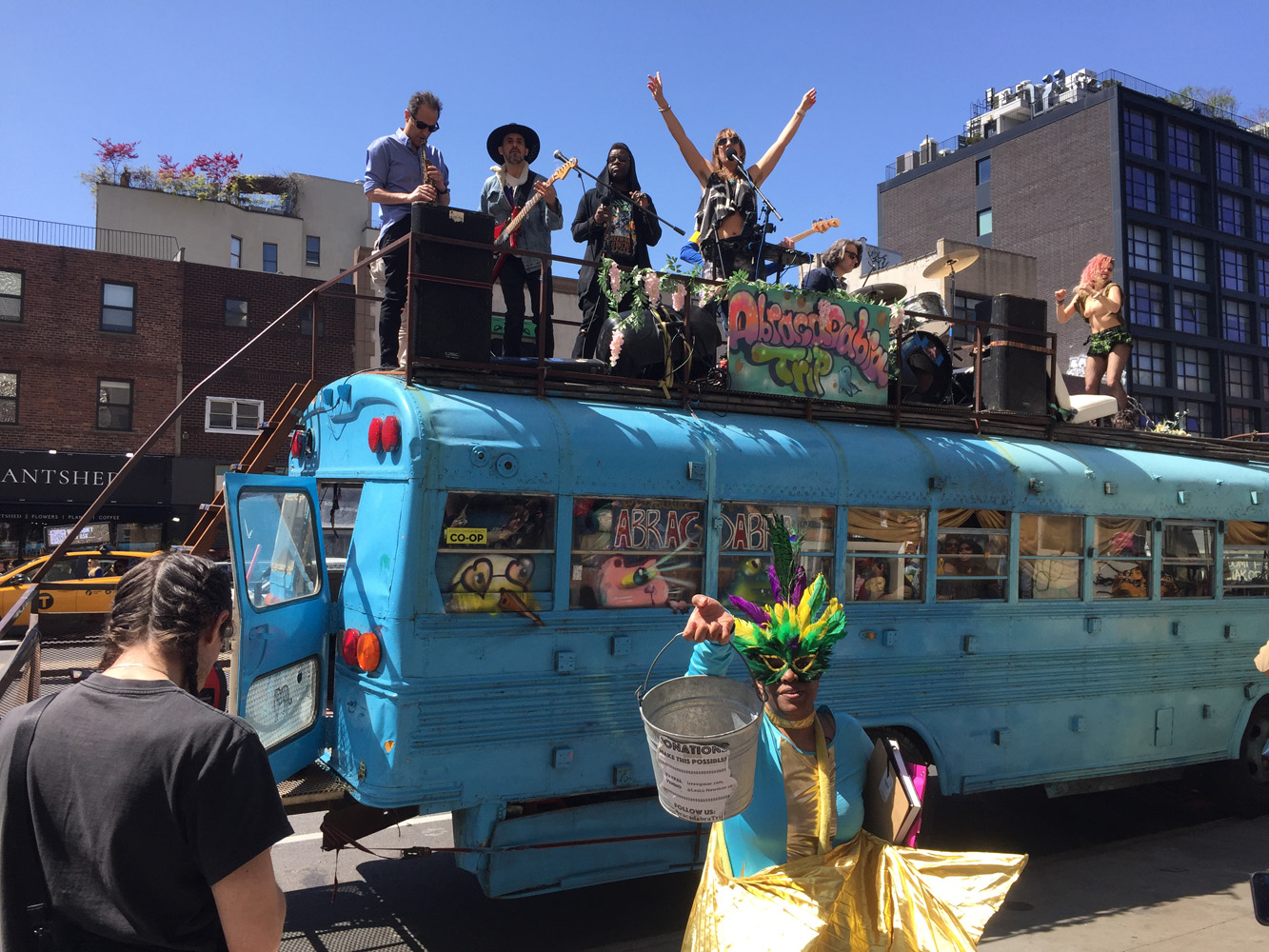 Magical musical bus tour gets on a roll

BY JEFFERSON SIEGEL | The Abracadabra Trip music bus made its first voyage of the season this past Saturday, stopping at several locations on the Lower East Side and in the East Village and ending at Union Square.

The mission of the bus bearing musicians and singers on its roof, according to organizers, is to “bring this magical healing and celebration of life to public spaces.”

In front of the New Museum on the Bowery, organizer and lead singer Laura Newman belted out songs as onlookers boogied. The bus later moved on to Tompkins Square Park for another impromptu concert.

Future stops for the bus include the Pride in Albany weekend from June 10 to June 12 and the NYC Pride Parade on June 26.