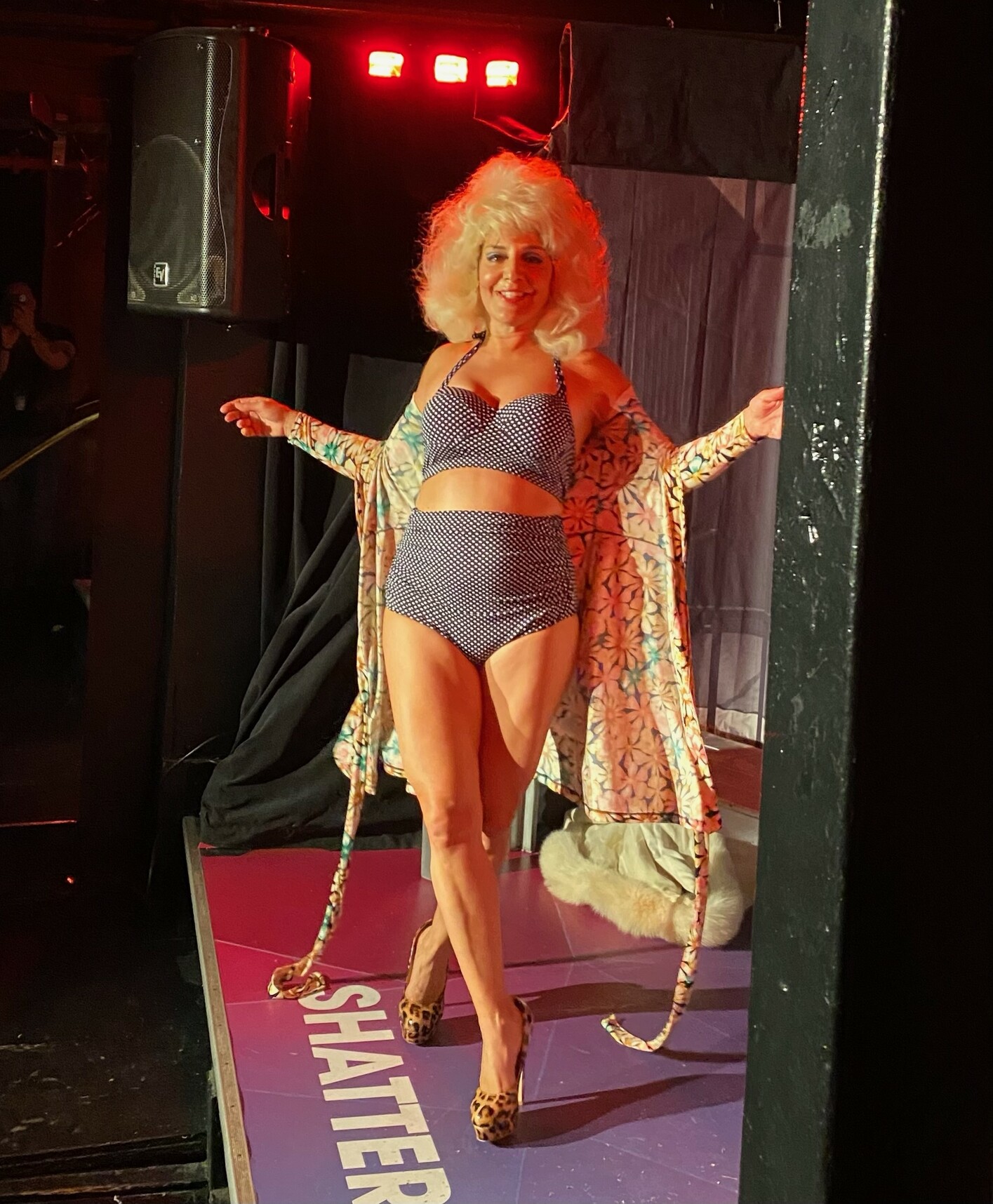 Lavinia’s journey from Broadway to behind bars

BY JOHN PIETARO | “Doing Time with Lavinia: The Musical” officially opened at the revolutionary home of the L.G.B.T.Q.+ movement, the Stonewall Inn, with veteran vocalist and actor Susan Campanaro casting out (or conjuring up) old doppelgangers and demons.

“Doing Time with Lavinia” is a tour de force, a one-woman tragicomedy with stirring music and lyrics by Lynn Portas and a book by the star, possibly the character herself.

The show kicked off with a one-night-only performance on Mon., June 20, at the start of Pride Week.

“I first conceived Lavinia over 20 years ago,” Campanaro explained, still breathless following curtain calls, leaving the house abuzz after a recent performance. “She was originally 29, already too old to be a chorus girl, and then she grew older” as her creator did.

Life through all of its twists, false endings and unexpected key changes. Per the recollections of one of the actress’s colleagues, Campanaro has been known to wear her blonde thicket of a wig, bare spangly outfit and spike heels into clubs, embodying the character for full evenings. Field study?

Lavinia Draper was grown from legend, myth and perhaps the core of Campanaro’s being. Clearly, she has been awaiting her chance to come forward in a full-blown musical for decades.

“I’ve done Lavinia in many settings, and she’s changed over the years,” Campanaro said. But clearly, no worse for the wear. The obviously physically fit actor incorporated extensive movement into this depiction, at once singing while performing tales of theatrical could-have-beens, and even engaging in one-armed pushups, during which she never broke a sweat.

Lavinia’s claim to fame was having been one of Betty Buckley’s understudies in “Cats.” But the pain of having never gotten on stage (“That damned Betty Buckley never missed a show!”) left an array of scars.

The title is more than just a play on words. The singular set, a Dade County jail cell, contains only a bench and metal corrections-issue toilet, an ongoing point of satire throughout. Lavinia, who’d supposedly been headed for Palm Springs, awakens following an alcohol blackout. The charge was drunk and disorderly behavior, and she offers her backstory to an empty corner in which her cellmate (“You look like Mary Tyler Moore — but in “Ordinary People.” The angry Mary Tyler Moore.”) seemingly sits.

The other “invisible” character, a guard named Kennedy, becomes the object of both Lavinia’s ire and flirting. Connecting to such phantoms only added layers to the drama and allowed Campanaro’s skills to utterly shine. And the dozen songs of Portas draw on the emotion as easily as the times, with classic cabaret numbers running into throbbing disco.

Lavinia, an aging, painfully unsuccessful actress maintains her dream in light of so much failure. Voiced in the breathiness of Betty Davis (doing Betty Davis a la “All About Eve”), self-importance is worn like armor. The questioning of one’s identity is seen here as fragmentation, a condition which clearly began early: “My father was Jewish and my mother Sicilian. I’m a Catholic Jew, a cashew.”

Falling victim to the sexist brutality that too often continues to govern the business, Lavinia’s arrogance is easily exposed for post-traumatic frailty (“I have a portal for abuse.”). Dance hall gigs and empty promises lead to years of drug and alcohol abuse before she’s further pulled into the descent.

“I was a terrible call girl,” Lavinia says. “I kept forgetting to collect the money. … All I ever wanted was to sing and be admired and loved by everyone. But the lounges got smaller and smaller and I became a missing person”

But even as the story grows darker, Lavinia is able to passionately sing out: “As long as there’s music, I’m breathing.” And as she emerges from the cell, Lavinia stands particularly tall.

This event, a fundraiser for SIGBI (the Stonewall Inn Gives Back Initiative), a program for L.G.B.T.Q.+ youth, also included the world premiere of a music video of “Coming Home,” a song from the show produced with all of the quick cutaways of MTV’s glory days. And opening it all up was a set by cabaret performer Anthony Fetts, who reminded the packed house, “We can’t rest till every space is a safe space.”

As we went to print, it was announced that “Doing Time with Lavinia” will be a feature at the United Solo Festival, NYC, on Oct. 21.