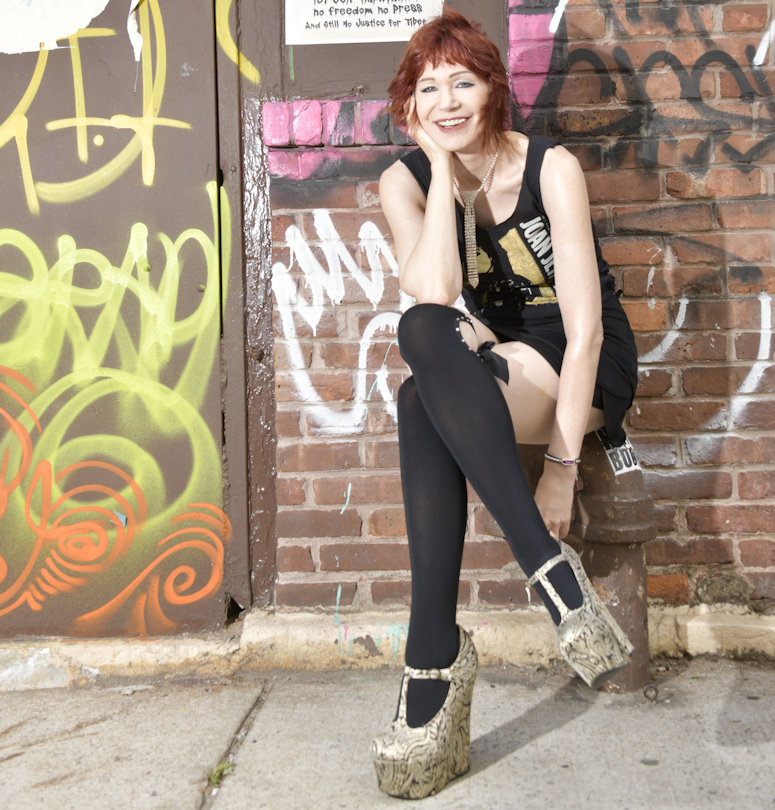 My Uncle Dwayne gave my sister and me the Runaways’ second album, “Queens of Noise,” for Christmas in 1977. Everyone thought we were cool for knowing about this obscure girl band they’d never heard of.

It seemed natural to me that girls were playing rock ’n’ roll. I gazed endlessly at the five Runaways clad in bada– black on their album cover and at fairy queen Stevie Nicks on the cover of Fleetwood Mac’s “Rumours.

I didn’t know that women were the exception rather than the rule in the misogynistic world of rock. The Runaways showed me a landscape where girls weren’t nice — they were born to be bad and loved playing with fire!

When the fivesome disbanded in 1979, Joan Jett was fiercely determined to keep playing guitar. She went to London and recorded three songs with members of the Sex Pistols, including an early version of Arrows’ “I Love Rock ’n’ Roll,” which was to become her anthem.

Jett befriended songwriter and producer Kenny Laguna, and placed an ad in LA Weekly looking for “three good men.” Joan Jett and the Blackhearts was born and relocated to Long Beach, New York, where Laguna was based.

Jett’s self-titled 1980 debut album was turned down by 23 record labels. Finally, she and Laguna pressed it themselves and sold the records out of the back of his Cadillac after her shows. Eventually, Neil Bogart signed Jett to his new label, Boardwalk Records, and rereleased the album as “Bad Reputation.”

A turning point came with her spring 1981 concert at the Palladium Theater on E. 14th Street, with critical acclaim and a strong New York following. Later that year, while traveling around the New York area to gigs, the band recorded “I Love Rock ’n’ Roll.” The title track was number one on the Billboard Hot 100 for seven weeks and the album sold platinum. Joan Jett’s rocket was launched.

Four decades later, she’s still burning up the stratosphere. I have tremendous admiration for Jett’s persistence in following her fire, despite the naysayers. She wanted to play “sweaty rock ’n’ roll” and she’s spent her life doing exactly that. In the beginning, she thought people would be blown away and think, “It’s really cool to see a band of five girls playing rock music.”

The world wasn’t ready for her vision. When a creep in the audience hit her in the head with a beer bottle, she got up, shook herself off, and kept playing. She was called every nasty name that people hurl to try to bring down powerful women, and she kept going.

Now she’s revered as the Queen of Rock ’n’ Roll and the Godmother of Punk. She has sold over 2.7 million albums. A version of her song “I Hate Myself for Loving You” was the theme song for the NFL’s “Sunday Night Football.” She was inducted into the Rock and Roll Hall of Fame in 2015.

She has played and recorded with many luminaries, and has launched the careers of others through her and Laguna’s production company, Blackheart Records.

In 2005, Jett and Laguna celebrated the 25th anniversary of Blackheart Records with a sold-out show at Webster Hall on E. 11th Street.

Aug. 1 is Joan Jett Day in West Hollywood, in honor of her work to protect animals and the environment. Last year, she released “Changeup,” an album of acoustic rerecordings of her songs — melding old and new.

She has appeared in numerous films and TV shows, and played Columbia and the Usherette in the 2000 Broadway revival of “The Rocky Horror Show.”

I grooved along with Jett when she backed up The Who at Madison Square Garden in 2015. This year, she’s been kicking a– on the “Stadium Tour” with Mötley Crüe, Def Leppard and Poison. I caught the show in Vancouver on Sept. 2. Joan Jett rocked the house alive and I just had to jump to my feet and rollick in the aisle!

So for this month’s column, I proudly wear her T-shirt to pay tribute to a powerhouse woman who charted her course, never wavered, and shook up the world.