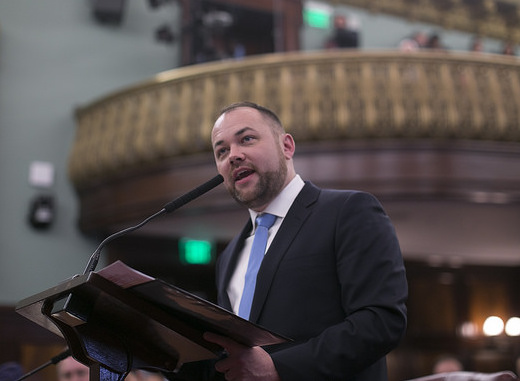 BY THE VILLAGE SUN | While Governor Cuomo and Mayor de Blasio have been dragging their feet on the matter, Council Speaker Corey Johnson on Wednesday declared that the city must allow restaurants to offer indoor dining — now.

“This is crucial for restaurant owners, who have been particularly hard hit by the pandemic and the resulting drop in tourism. Summer is winding down, and they need to begin planning for the colder months. Of course, we will continue to monitor the city’s COVID-19 rates, just as we must for all of our businesses.”

De Blasio recently said he didn’t foresee allowing indoor dining until there is a vaccine for coronavirus — though now he is saying he will make an announcement on the issue this month.

Cuomo has acknowledged that the ban is killing local restaurants and is sending people over the border to Westchester and Long Island to dine. Now New Jersey is set to start allowing indoor dining, too. Yet the governor has been vague on what metrics would allow people back into eateries.

One issue is that many restaurants also double as bars, and the latter are considered among the most problematic places in terms of spreading the virus.

Meanwhile, Johnson warned of the dire economic impact of continuing to shutter restaurants to indoor dining.

“We know that the restaurant industry employs many New Yorkers, including many immigrants,” he said. “Its health and well-being are imperative to our city.

“The rest of the state has been allowed to reopen their restaurants for indoor dining, and New Jersey is allowing indoor dining come Friday. Now is the time to allow it in New York City. Our restaurants and our city’s economy can’t wait.”

“Restaurants across New York City have been financially devastated for six months since the start of the pandemic,” Rigie said. “With New Jersey resuming indoor dining on Friday and restaurants elsewhere across New York state having safely served customers indoors for months, the NYC Hospitality Alliance, restaurant owners from across the five boroughs, industry leaders, members of the State Senate, City Council and now Speaker Johnson have all called for an immediate plan to resume indoor dining.

“We’re thankful that Speaker Johnson is urgently protecting thousands of small businesses from permanent closure and preventing losses of tens of thousands of industry jobs,” Rigie said, “and we stand with his call to action to allow indoor dining to safely resume in New York City.”