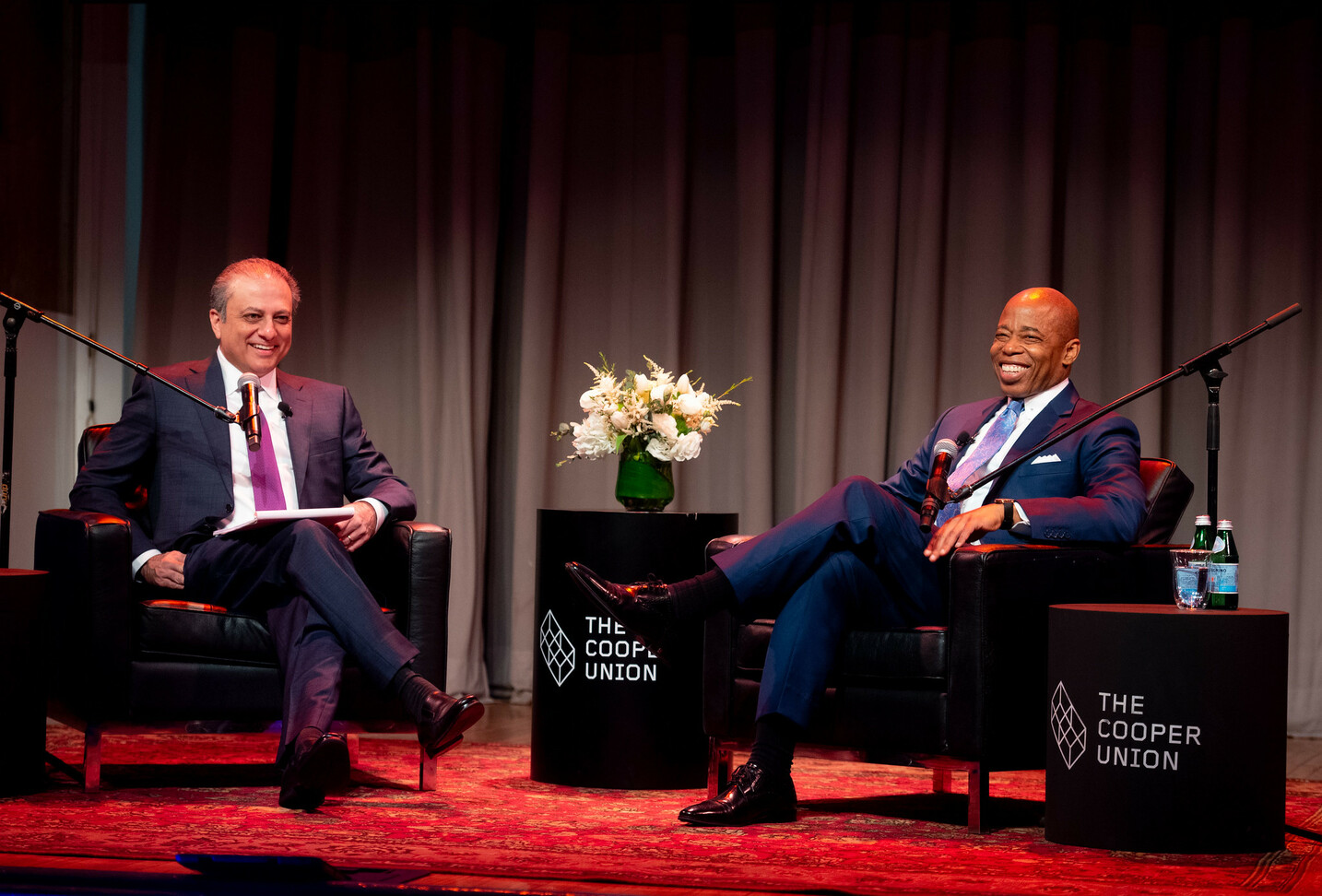 Eric Adams appeared on a live edition of “Stay Tuned with Preet” with Preet Bharara at the The Great Hall at The Cooper Union on Tues., April 26. (Photo by Michael Appleton/Mayoral Photography Office)

BY THE VILLAGE SUN | A protester decried Mayor Eric Adams as the “Black Giuliani” at The Cooper Union on Tuesday night before she was removed from the event.

The occasion, at the East Village school’s historic Great Hall, was a live broadcast of Preet Bharara’s podcast, “Stay Tuned with Preet.”

Bharara, the former U.S. attorney for the Southern District of New York, asked Adams about crime, guns, the homeless, the police and his taxes.

Adams committed to releasing his taxes, after having previously bristled over the issue because he felt a reporter had asked him “arrogantly” about it.

The female protester got up about halfway through the podcast and harrangued the law-and-order mayor for a few minutes that he was “a Black Giuliani.” The audience booed the protesters. The woman was ushered out by security.