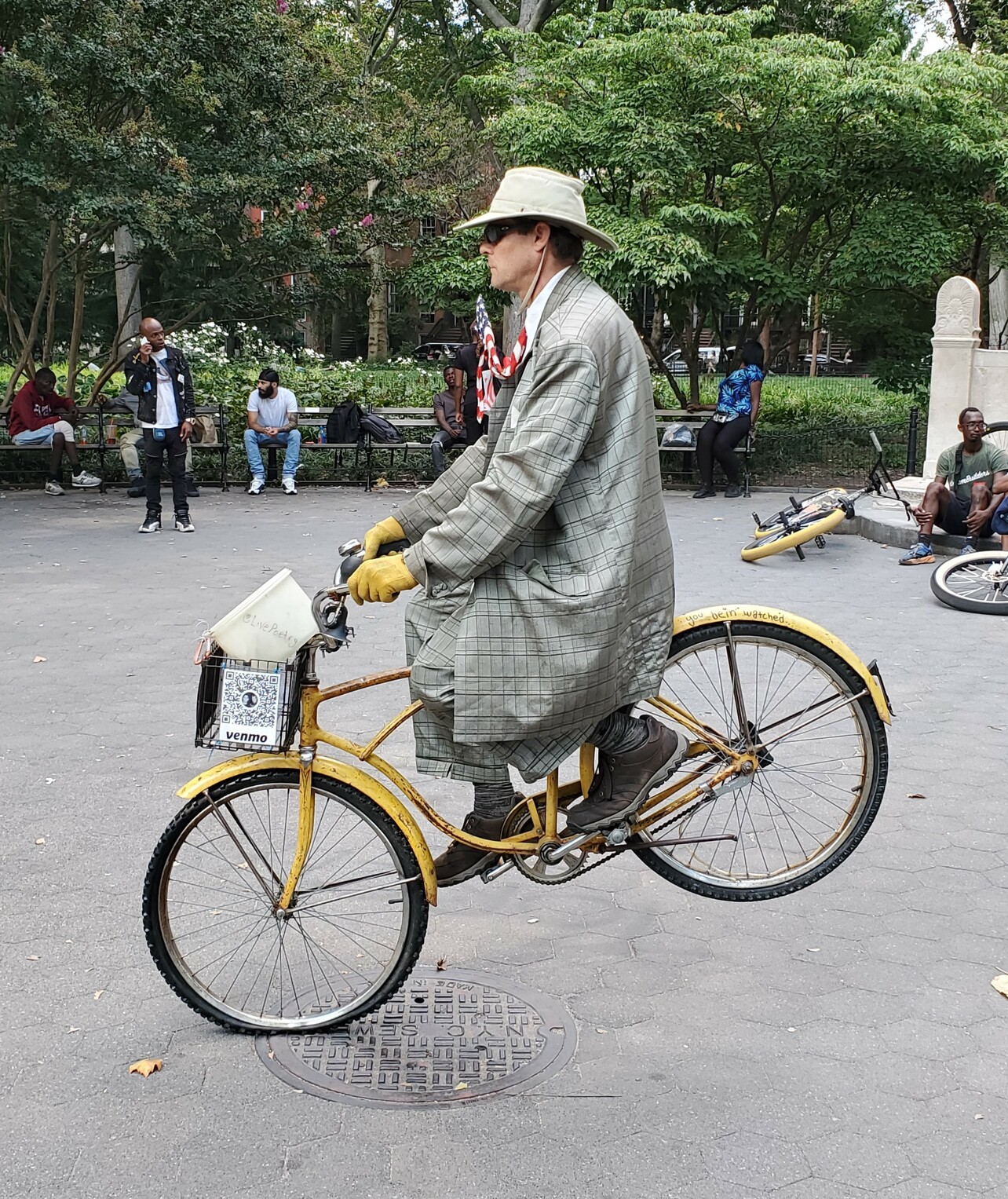 BY THE VILLAGE SUN | How does he do it? Are his leg muscles super-powerful? Is his bike somehow attached to the manhole cover with a bolt or something? Or is its front fork soldered into a fixed position?

Whatever his technique or trick, this Washington Square busker wasn’t saying — because, as well as a bicycle balancer, he was also a mime.

Using hand signals, he gestured for two young girls to take a photo of him. And whenever anyone popped a bill in his bucket, he gave them a thumbs up.

When people weren’t engaging with him, the performer sat stock-still in his saddle with a blank expression on his face.

“Human? Is he human?” a tourist from Japan asked in disbelief during one of those moments.

It became clear he wasn’t using his legs to hold the position, though, when, while taking photos with one woman, he stuck both limbs out in front him.