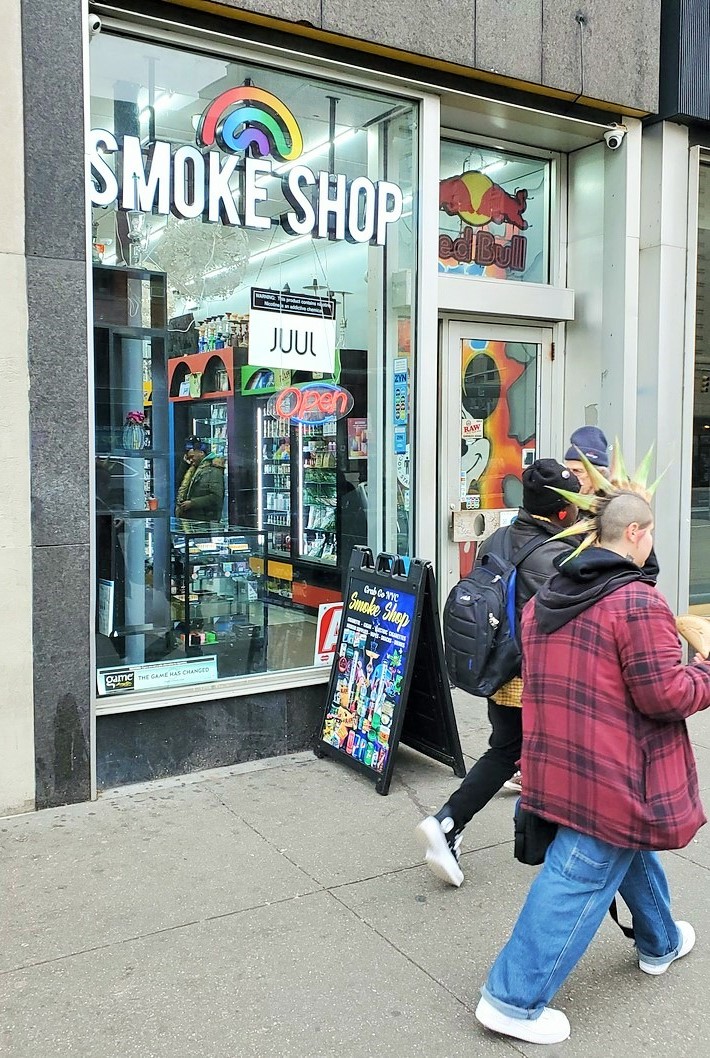 The smoke shop is on a busy strip and right next to an entrance to the W. Fourth Street subway station. (Photo by The Village Sun)

BY THE VILLAGE SUN | Legal weed stores are opening up — even as illicit ones keep getting robbed.

According to police, on Wed., Jan. 11, around 1 p.m., two males entered the Rainbow Smoke Shop, at 378 Sixth Ave., between Waverly Place and Eighth Street, with one displaying a handgun as they stuck up the 31-year-old employee.

According to employees who were looking at surveillance video of the crime on one of their phones a few hours later when The Village Sun came by, the gunman had stood by the door while the other guy stole the cash and goods.

Asked what was stolen, one of the employees, speaking only generally, just said cash and merchandise.

A police spokesperson said $600 in cash was taken, plus $1,800 worth of Flav Belt and Dazza infused pot gummies.

The robbers, both in their mid-20s, fled north up Sixth Avenue toward Eighth Street.