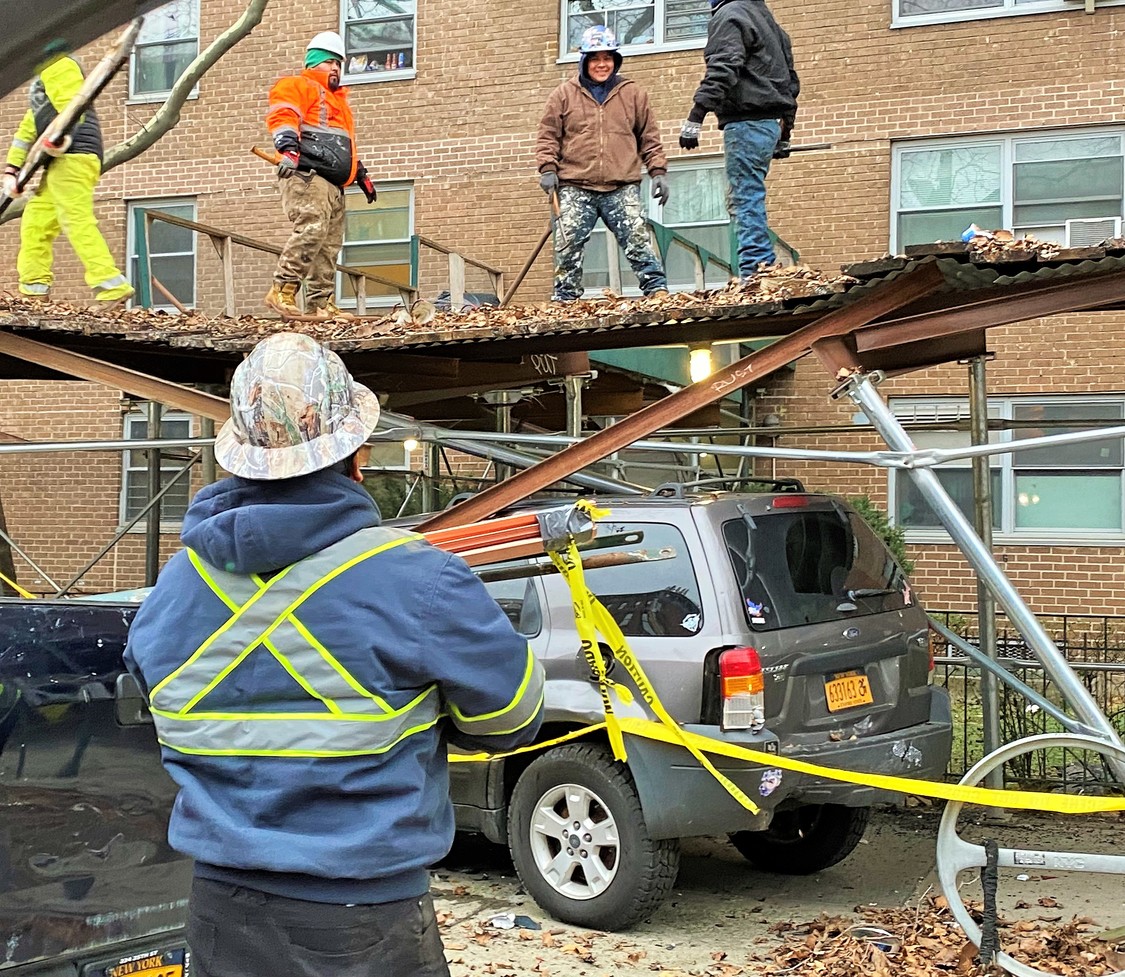 Workers repaired a damaged scaffold on Jan. 3 after a car smashed into it that morning. (Photo by Chris Ryan / @chrisryanaction)

Grand slam on First Ave. as Ford is sent crashing into building scaffolding

A parked car careened into a building scaffolding at the Village View apartment complex at First Avenue and Fifth Street early Monday morning after another car smashed into the vehicle.

The vehicle was a gray Ford Escape, known as “a compact crossover SUV” or “CUV.”

The police press department did not immediately have more information on the crash. A spokesperson said they would have details, for example, if there had been a fatality or possibly a serious injury.

As he put it, “There are a lot of crashes out there. We don’t have them all.”

However, reader comments and photos on EV Grieve helped piece together what happened. Apparently, a car had been speeding down First Avenue in the wrong direction and crashed into the CUV.