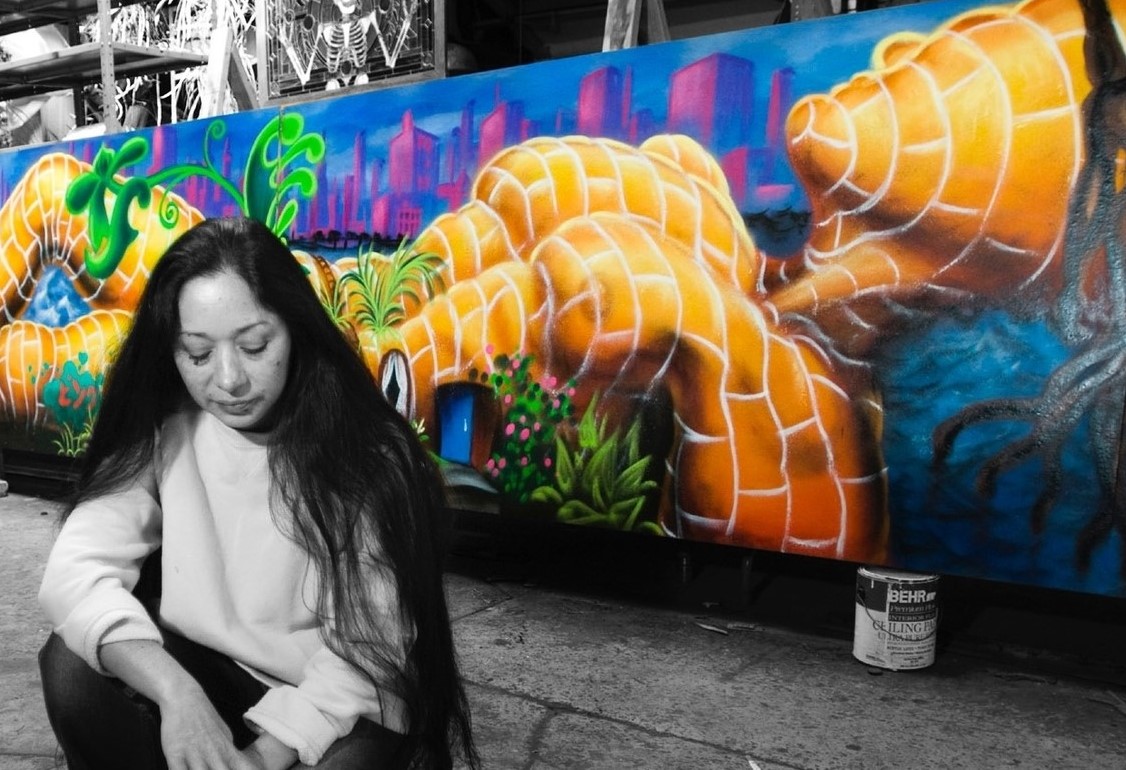 Lady Pink in front of one of her murals. (Courtesy Lady Pink)

Lady Pink and Konstance Patton will be the guest speakers Thursday for the opening night of MoRUS’s ninth annual film festival, “Steal This City: NYC Occupations on Film.”

The first night’s program, “Steal These Walls: Graffiti and the Fight for Free Expression,” will begin at 7 p.m. at Green Oasis Community Garden, at E. Eighth St. between Avenues C and D. Lady Pink and Patton will speak after the first film, “Graffiti/Post-Graffiti” (1985, 30 min), and before “Girl Power” (2016, 92 min).

Known as the “First Lady of Graffiti,” Lady Pink began painting subway trains in the early 1980s and created her own all-female crew. She went on to gain the attention of the art world, appearing in films such as “Wild Style” and collaborating with the likes of Martha Cooper, Henry Chalfont and Jenny Holzer.

Konstance Patton, co-founder of the SoHo Renaissance Factory, is a Native American artist, muralist, designer and historian based in New York City, where she explores projects based on community restoration, beauty, adornment and collaboration.

Tickets are available via Eventbrite with sliding-scale pricing. See morusnyc.org/filmfestival for more information and a full schedule of the festival’s films.

The rain location will be at the Museum of Reclaimed Urban Space, at 155 Avenue C, between Ninth and 10th Sts.