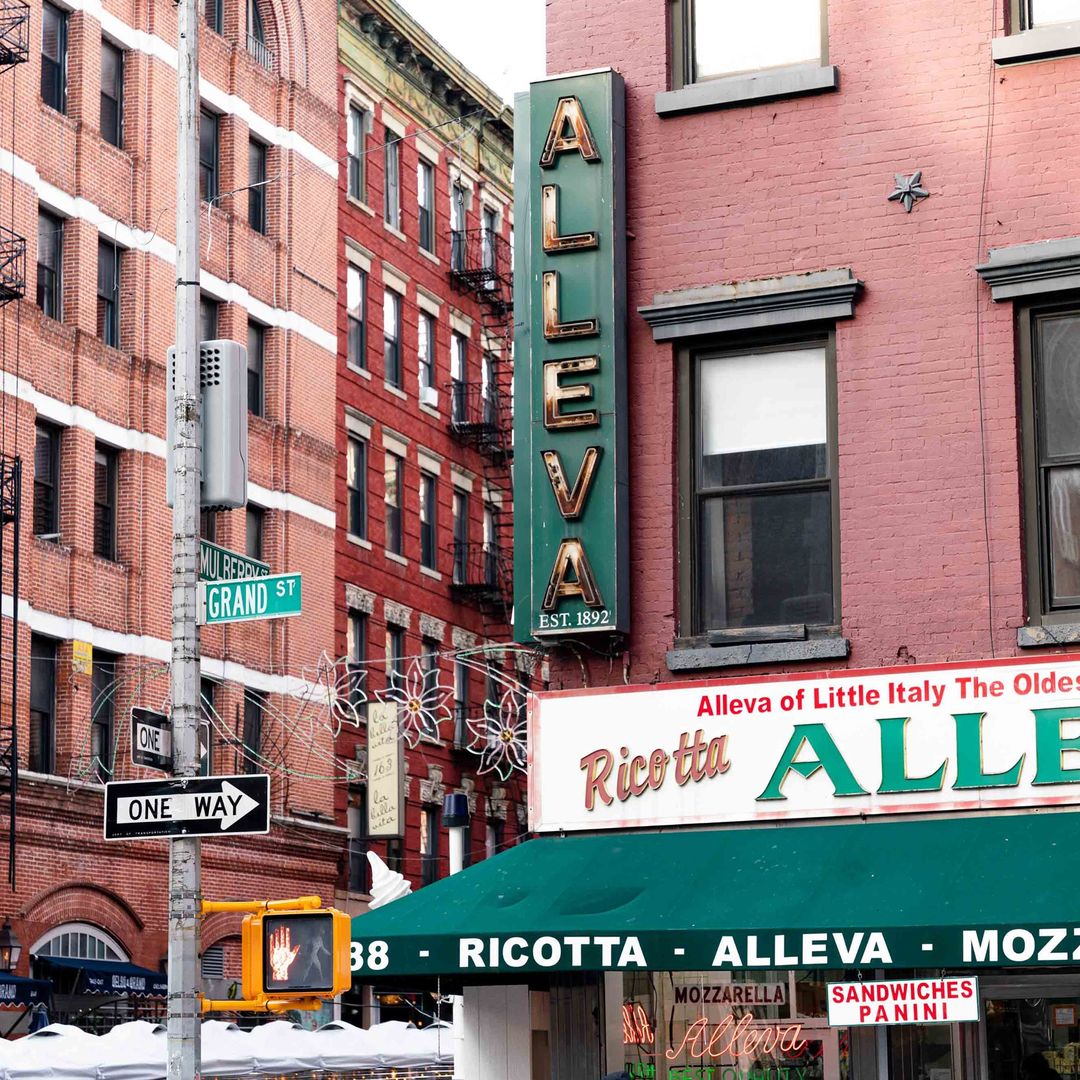 Alleva Dairy has been at the corner of Grand and Mulberry Streets since 1892. (Courtesy Alleva Dairy)

BY JULIET CAMA | Little Italy’s prized Alleva Dairy faces an impending threat of closure. Established in 1892, Alleva Dairy is the oldest cheese store in America, having survived many hardships. Since its opening, the shop has remained at the corner of Mulberry and Grand Streets, the heart of Little Italy.

Karen King and her husband John “Cha Cha” Ciarcia bought the store in 2014. After Ciarcia died in 2015, King has has continued to run the historic shop, and she is determined to keep its doors open.

“I don’t want to be a COVID statistic,” King said. “I believe that if I leave, a big piece of history is going to be lost.”

Pre-pandemic, Alleva’s primary source of revenue was through tourism. As a result, the lockdown caused Alleva to fall behind on rent due to cratered sales. King then advertised catering and selling to Little Italy locals.

King has made many efforts to save Alleva but to no avail due to a lack of government support, she said. Despite getting approved for a small business grant, Alleva was left in the lurch when the government program’s funding ran out.

After losing out on the funding, King applied for a small business loan to pay her rent arrears. The store’s rent is reportedly more nearly $24,000 per month.

After months of waiting, the loan was finally approved and she offered the landlord $250,000, with the rest to be paid later. However, the landlord still decided to take Alleva to court, demanding the full amount, more than half a million dollars.

Now King is looking for help from New Yorkers to save the beloved shop.

“Come support a historic piece of history to save Little Italy,” King urged.

The shop offers fresh cheeses, such as mozzarella and ricotta, and other delicacies, like salami and soppressata.

“Our sandwiches are so big that no one ever leaves hungry from Alleva!” King declared.

She is vowing not to surrender her store, and hopes it will live on for at least another hundred years.