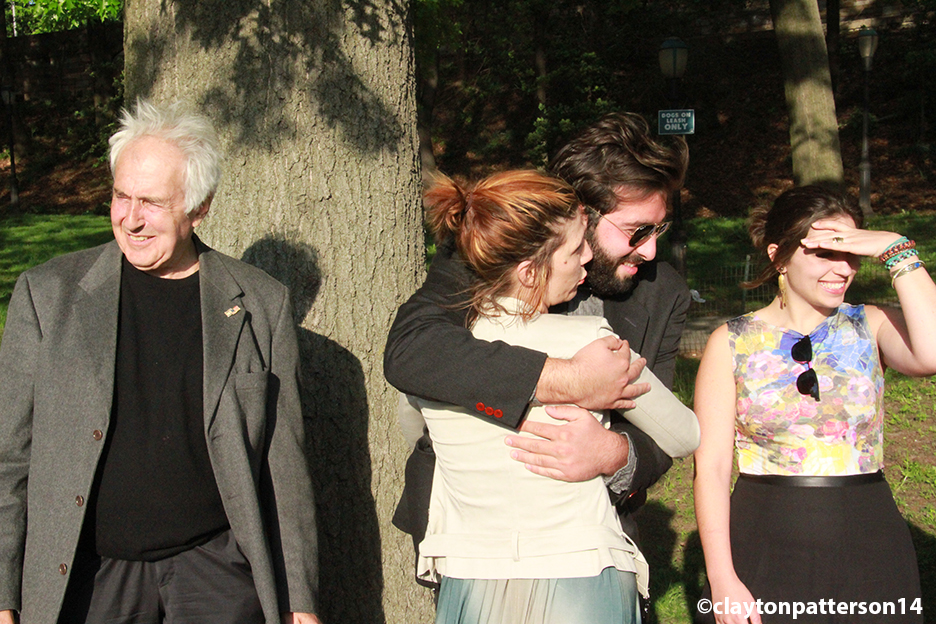 Cody Simons of 8 Ball Radio: When life couldn’t get any tougher

BY CLAYTON PATTERSON | I have been locked down in my apartment. Not going out unless, once in a while, someone comes by and I go outside.  Outside with my mask and gloves on, if they are dressed the same. Then we stand at least 6 feet apart.

On this particular day, Dr. Harry Nudel, a poet and bookseller came by. I absorbed some much-needed fresh air and sunlight. Harry left. I stayed outside looking around. The streets were empty like it was Christmas Day. The cold, blowing wind felt good.

Phone rings and I got bone-chilling news. My friend Cody Simons and his mother both have the virus. Blood freezing cold; I am stunned. Stunned, shocked, frightened for them. Cody and his mother had flown to Paris to visit his grandmother.

I go back inside. Sit back and the memories flow. Growing up in Soho could be just as dangerous as living in the projects. Cody’s first brush with public recognition came in The New York Times, in an Oct. 14, 1999, article, “2 Shot to Death in Botched Robbery of Muffin Shop in SoHo.”

“Martine Abitbol [Cody’s mother], the owner of Le Poeme, a bistro at 14 Prince St., said, ‘It’s a miracle more people weren’t hit.’ Ms. Abitbol said her 8-year-old son, Cody, was eating at a bench outside her restaurant before the incident when he noticed two men in blue windbreakers pacing on the sidewalk. ‘They looked very nervous, and they must have gone to the corner and back at least five times,’ she said he told her. ‘It’s almost as if they were waiting for him to leave.’”

In their mother’s restaurant, all the children learned the lessons of how to prepare food as a means of survival, a way to bless friends with food, a way to bind and build friendships, to give love to the people.  Food as a vehicle to live a healthy life. Food as an art form.

Cody, his sisters, Anne Apparu-Hall and Agathe Snow, and his mother catered the organic healthy food at many of the places where culture and art mix. Their mother taught them how to fish and they had a means of survival. Another blessing, with all the drugs that were abundantly flowing around Cody, he never became a druggie.

I remember that day. It was a block I was familiar with. Elsa and I knew this block because Elsa worked at a Sienna Studios, just down the street a bit to the south, in a building owned by New York mobster Matthew Joseph Ianniello a.k.a. “Matty the Horse.” The smell of fresh baked bread from Parisi Bakery was always drifting through the air.

I first met Cody because of his sister Agathe Snow. Agathe, married to Dash Snow, hung with the core of the IRAK graffiti crew. My intro to IRAK came from Filipo Chia. I worked with Filipo’s mother, Paola Igliori, on the Harry Smith book “American Magus.”

She interviewed Lionel Ziprin at my place and used the interview in the book. Leading to Dash Snow, Kunle Martin, Nico Dios and Filipo doing an IRAK art show at my place called NY Rising. The show also featured the original music of Joey “SEMZ” McCarthy. In my hallway there are still grafitti stencils reading “NY Rising.”

I was documenting Agathe’s early parties, like Stamina. It was there that I saw Cody showing an interest in producing events and learning how to record such events. When Agathe moved her Stamina show to the Guggenheim, Cody put together the bands. He went on to work at PS1 producing events.

Later he joined with Emily Singer and helped to resurrect 8 Ball Radio from the mothballs. A mostly youth-run community radio outfit, 8 Ball Radio embraces a wide range of avant-garde, underground and original music — including various musical subgenres — plus interview programs and live broadcasts of lectures, openings and political gatherings. Because it’s on the Internet, its reach is worldwide.

Cody introduced me to 8 Ball Radio, and now “The Clayton Patterson Show” is the longest-running 8 Ball program. I appreciate the possibility to add radio interviews to my archive.

Cody’s world was shining bright. His mother, sisters and father were proud of him. Life was good. Then came the pandemic.

Cody and his mother went to a Riverhead, Long Island, health center and got tested and the results came back: Both of them were positive for the virus.

Social rules have changed. People can no longer gather in groups. People must distance themselves from each other by at least 6 feet. As if this burden was not enough, Cody’s father died of a stroke.

This meant having to put together a funeral. They get a rabbi, a service and a small gathering. He put his thoughts together to remember his father.

I’m writing to remind you how much I cherish our 28 year relationship. God, have we done a lot…from our yearly walking marathon, dinners at Peter Lugers, baseball catches, trying really hard to be real cowboys in Montana, and arm wrestling matches. You had more energy and life than anyone I’ve ever known and you swore it was just because of your vitamin supplements. Our views on politics were very different and we bickered nonstop but I know it’s something I’m going to miss like crazy. You could spend hours telling me the same stories about me growing up. You made it clear to me that there’s no one on this earth you can’t stand more than lawyers. After speaking with your friends over the last few days, I’ve been reminded just how much you cared for and loved your friends and family. One of your friends told me how you were going to walk crosstown with a bottle of Lysol just because she didn’t have any during this pandemic but she forced you to stay put. Your friends have so much love for you and so do I. I’m having all types of feelings at the moment but I know you’ll always be by my side supporting me as you always have. I love you so much. Rest In Peace. Your son, Cody

David Simons served in the Merchant Marine and later as a medic in the U.S. Army. He later built a successful career in real estate. He was partners in the music production industry with Cathy Lynn, a successful composer.

David Simons also developed a promotion with Patty Cake, a gorilla that lived in the Central Park Zoo, and was then inspired to create a children’s book, “Zoonauts.”

A lifelong resident of Manhattan, he had one son, Cody.

Later, after all the stress, hardships, turmoil and funeral, at least there was a small pinch of good news. A couple of weeks afterward, Cody went back to be tested a second time. It seems he has gotten over this virus.

They are keeping a positive attitude on his mother’s condition and maintaining and following all the be-safe rules. As am I. I have always been close with this family.