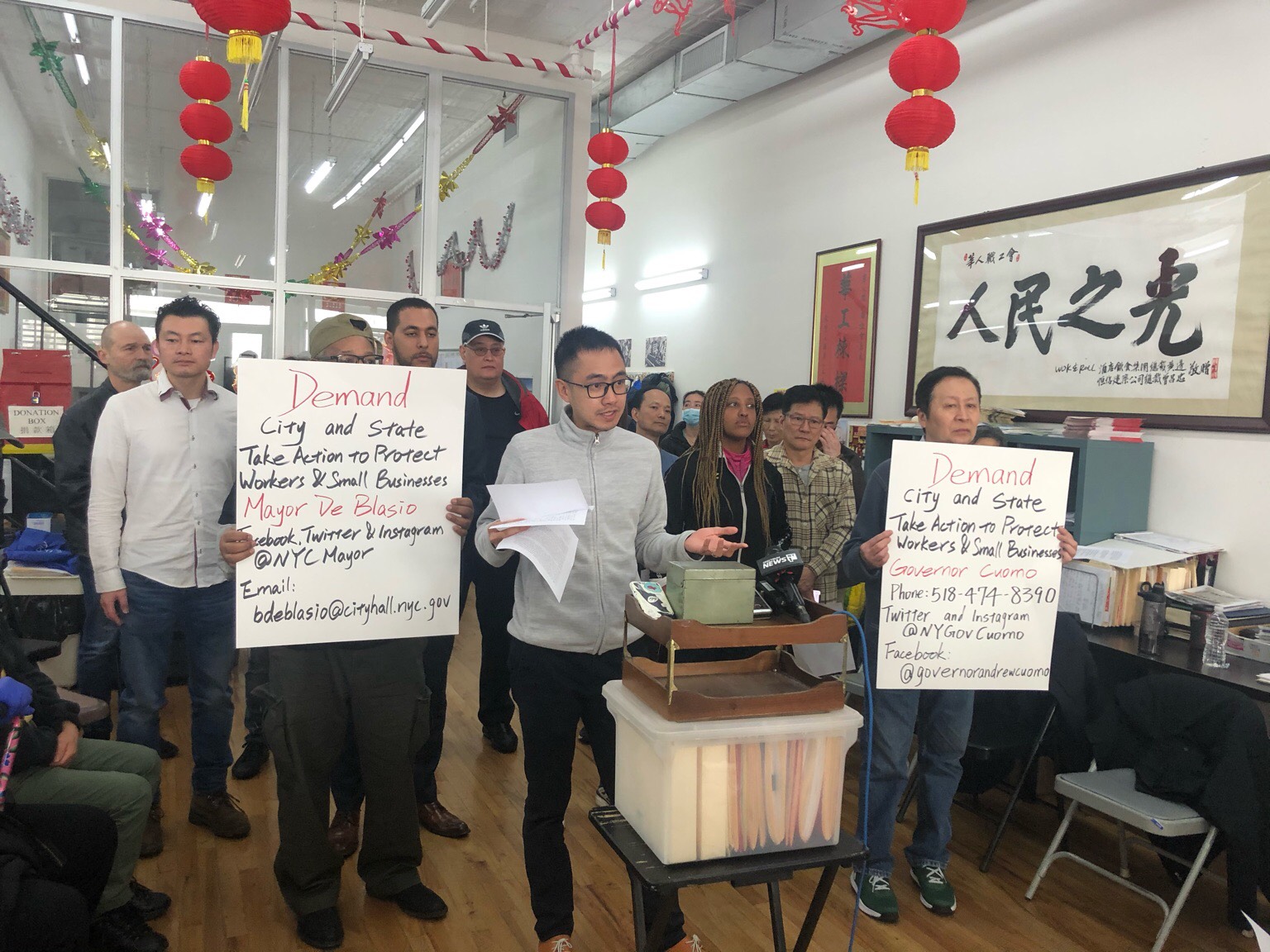 Members of the Coalition to Protect Chinatown and the Lower East Side said emergency measures must be taken to stop displacement that will be worsened by the pandemic.

BY THE VILLAGE SUN | Saying they’re concerned the city will use the coronavirus pandemic to further displace small businesses and working people, an activist coalition is urging government to take swift action to help these groups.

At a press conference Friday at the Chinese Staff & Workers Association, at 345 Grand St., the Coalition to Protect Chinatown and Lower East Side called for emergency relief for the community.

Coalition members said the health crisis is wreaking havoc on the community and small businesses, which already were facing a crisis of displacement due to what coalition members decried as “the city’s racism.”

Before the virus outbreak, small businesses had been shuttering or cutting workers’ hours to deal with rising rents — but now merchants are facing even more rapid closures and workers are looking at a greater loss of hours, if not the complete loss of their jobs.

Claudio Leo, the Elizabeth St.’s dim sum palace’s marketing director told the New York Post, “We will reopen when everything passes. Honestly we have no idea when. Maybe when there is a vaccine and a cure but there is no light at the end of this tunnel right now.”

Coalition members noted that many workers living paycheck to paycheck can’t afford to stay home and lose wages. Additionally, living in crowded conditions — as many do in Chinatown and the Lower East Side — makes self-quarantining impossible, they said.

The coalition called for city and state government to:

On Friday, President Trump announced he was declaring a national emergency to free up $50 billion in federal funding to combat coronavirus.