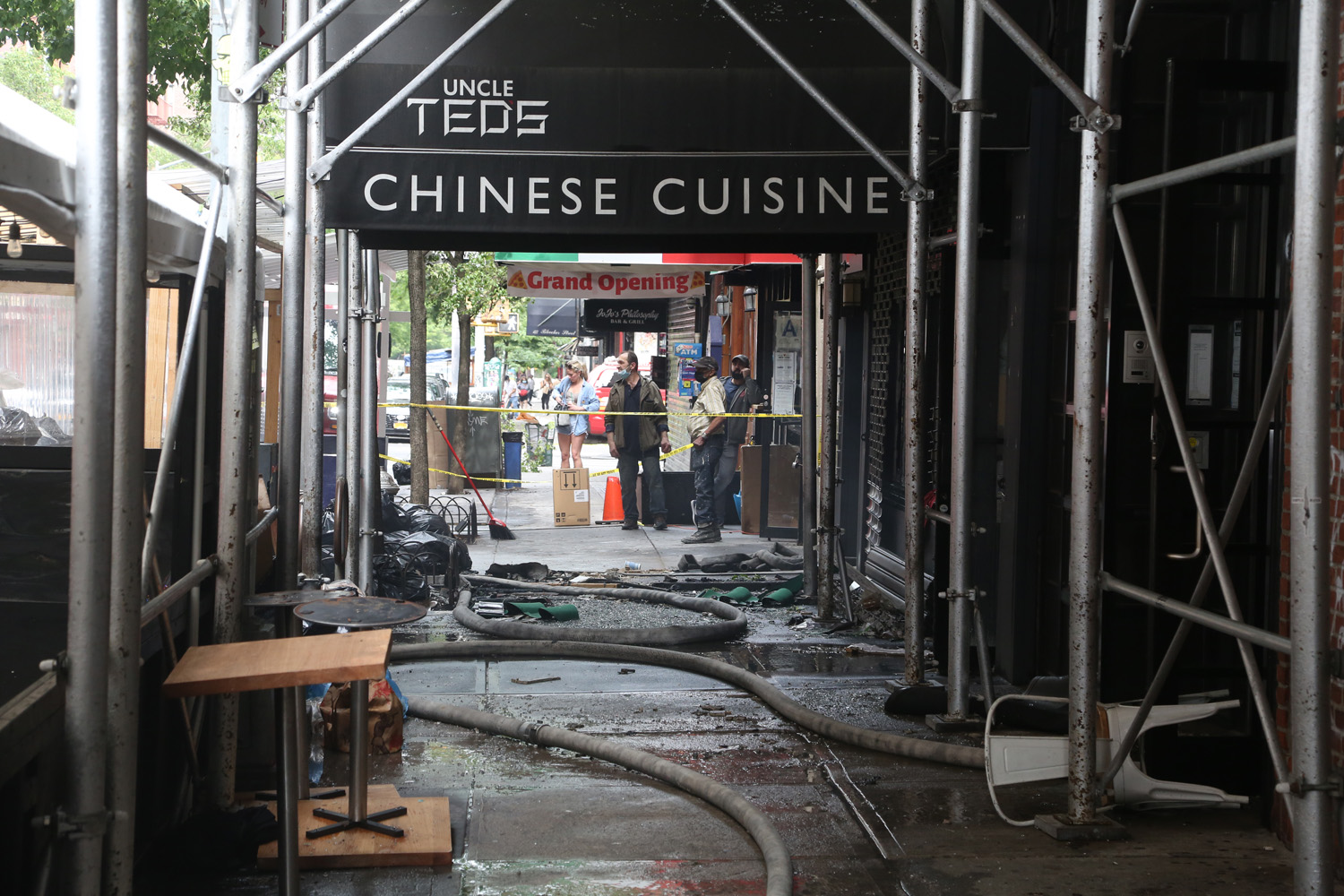 The scene in front of 163 Bleecker St. after a five-alarm fire on the morning of Sat., May 22. (Photo by © Jefferson Siegel)

BY JEFFERSON SIEGEL | Shortly after midnight on Saturday firefighters were called to a Chinese restaurant at 163 Bleecker St. in Greenwich Village. The two-story building, housing Uncle Ted’s Modern Chinese Cuisine on the ground floor and Sacred Sounds Yoga studio on the second floor, was soon fully engulfed in flames.

The blaze would eventually grow to five alarms, bringing 200 firefighters to the historic block to battle the flames. It would take five hours to bring the fire under control.

At one point firefighters were pulled from the inside of the structure for fear the floor would collapse. Two smoke eaters suffered injuries.

The building has had the same owner for 40 years. Before Uncle Ted’s, another Chinese restaurant, Suzie’s, occupied the ground-floor space.

Early Saturday morning the smell of smoke filled the neighborhood as the building’s water-soaked remains lay scattered on the sidewalk. A fire truck tower ladder was stretched over the top of the building as passersby out walking their dogs or on their way to brunch stopped to take cell phone photos of the damage.

Bleecker St., filled with fire trucks as well as Con Ed and other emergency vehicles, remained closed between Sullivan and Thompson Sts. The fire’s cause is still under investigation.