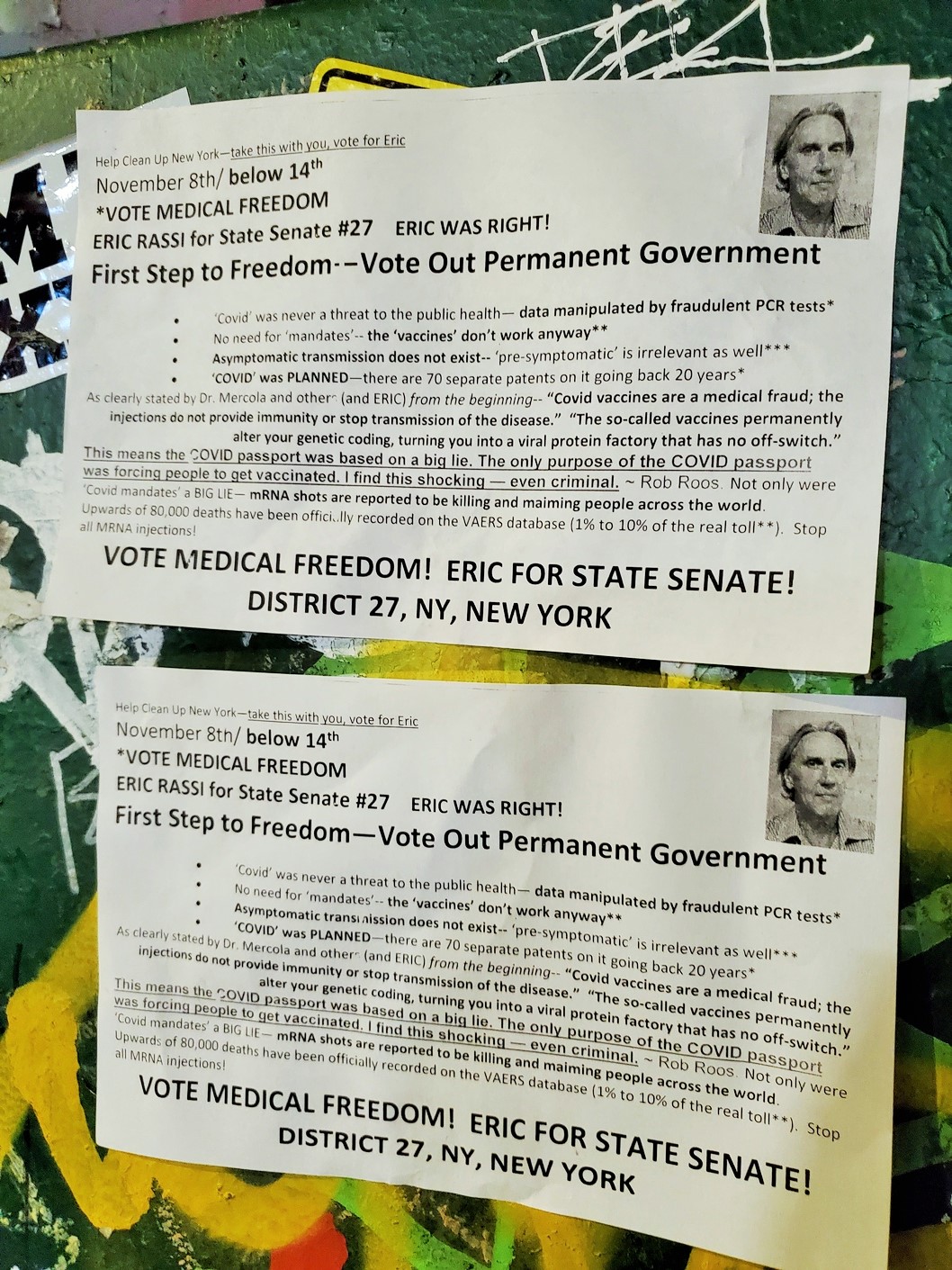 Eric Rassi plastered a traffic-counter box on a street-light pole on Avenue A with his D.I.Y. campaign literature. (Photo by The Village Sun)

But Kavanagh is not running unopposed in Tuesday’s general election. Eric Rassi, an outspoken anti-vaxxer and former East Village squatter, is also on the Nov. 8 ballot. Rassi is one of eight New York City candidates running running on the new Medical Freedom Party line, whose slogan is “Not Politics As Usual.”

Rassi lives in the same former East Village squat as Frank Morales, who, along with another former squatter, Ken Toglia, is leading the new effort by the Guardians of the Lower East Side (formerly Guardians of CHARAS) to defend the old P.S. 64 against possible threats now that the long-vacant building’s ownership is in limbo due to foreclosure.

Rassi’s key campaign planks are, as stated on his campaign page:

“Medical Freedom is the first, most fundamental human right — the right to independence and control over your own body.

“Informed Consent is ‘absolutely essential’ — we stand by the Nuremberg Judgement and the Nuremberg Law — our rock and obstacle to constant, forced injections of every man, woman and child on Earth.

“We must remove every politician acting in concert with the global corporate criminal State.”

Rassi’s bio notes that he organized to save the East Village and Lower East Side’s community gardens, worked to save New York City’s street fire-alarm system, was a leader in the East Village squatter movement, climbed the bell tower at St. Brigid’s Church on Avenue B to help stop the historic house of worship’s demolition as a wrecking ball was poised to bring it down, has worked to help free Julian Assange, and “spearheaded NYC efforts to expose Covid as [a] deliberately engineered ‘terrible tragedy’ and worldwide coup.”