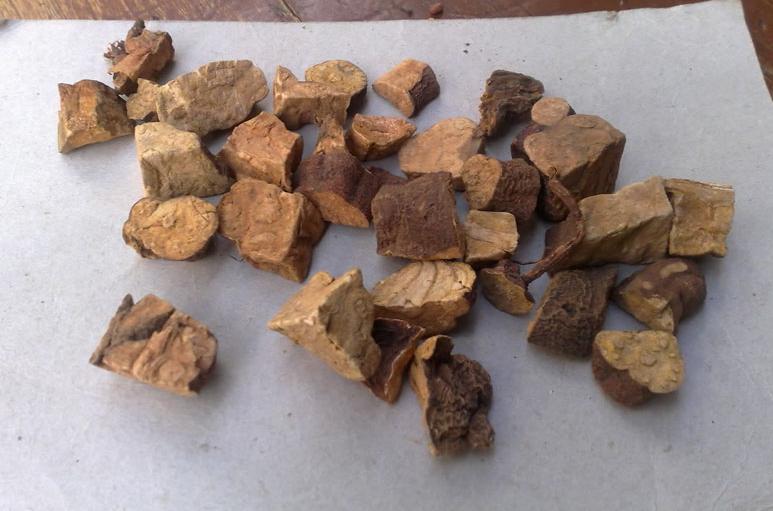 What did he shou wu, above, do? The writer worries it could have caused a flare-up of his hepatitis C.

Hep C, he shou wu and me; Getting to the root of the matter

BY STEPHEN DiLAURO | Hepatitis C is an epidemic in the U.S.A. He shou wu supposedly is an ancient anti-aging herb made from a root. Me? If defined by demographic, I’m a Baby Boomer.

Cured, in the case of hep C, means levels of the virus are diminished to an undetectable level. However, it can reoccur. I was “cured” of hep C in 2017 and now it’s back.

Please note, I am not a doctor. This is my personal story. May is Hepatitis Awareness Month, so it seems an appropriate time to share.

Statistically, 99 percent of those who undergo pharmaceutical therapy for hepatitis C are “cured” by the treatment. When I recently discovered that the virus (HCV) was back and active in my liver, I was gobsmacked. Am I that unlucky? The shock of the discovery was followed by anger, suspicion and finally acceptance and the urge to find out why.

Before a recent physical by my new doctor, I received a questionnaire. One of the questions asked why I had stopped taking the drug that I took every day for eight weeks to cure hep C. My answer was simple. I took the entire course of medicine as directed and was cured.

The hepatitis C virus was discovered in the early 1990s. Early in this century a not-very-effective course of treatment using interferon was developed. Interferon is Big Pharma’s drug in search of a disease to treat. Hepatitis C was not it. I imagine the search continues.

By the early years of the second decade of this 21st century, a reliable cure was approved by the F.D.A. This was soon followed by several more. At first, the cures cost $90,000 to $100,000 per patient. Now that there are a number of equally effective options, the price of treatment has fallen to the low tens of thousands per person.

The Centers for Disease Prevention and Control recommends that everyone be tested for hep C at least once. Hep C is transmitted by infected blood entering the bloodstream of a healthy person. Sharing needles and tainted transfusions were generally blamed for hep C infections. There is wide speculation that sharing a straw or rolled-up banknote while snorting powdered drugs is also a source of infection.

However, another possible source of infection is seldom discussed officially — the Automatic Jet Hypodermic Injection Apparatus. The Ped-O-Jet — it sounds like the rich Pennsylvania Republican’s private jet on which Jerry Sandusky was known to travel to away games with boys — was popular with the military due to the capacity to administer multiple vaccines to an individual at one time. Sometimes the recipient of vaccines through this contraption bled, though it was supposed to be less invasive than needles. If someone bled during mass vaccinations of military inductees, the administering technician gave the nozzle a swipe with an alcohol swab before calling out, “Next.”

According to the Department of Veterans Affairs, Vietnam-era veterans, of which I am one, have a higher rate of infection than the general population. How much higher is unknown, as most vets get medical attention outside the V.A. system.

This is not necessarily how I got hep C. Honestly, post-discharge I indulged in some pretty sketchy behavior. So, who knows?

O.K., so I got hep C and decades later, in 2000, found out about it. My viral load numbers were very low, according to various doctors I saw. This was attributed to my routine of daily meditation. I then managed to lower the already low numbers by giving up alcohol and losing weight.

When I underwent treatment in 2017, I was the ideal candidate to be cured. My variant of hep C was most susceptible to treatment, according to the literature. My viral load numbers were extremely low, and I was in overall excellent health. I took the pills daily as directed and continued my regimen of abstinence and meditation.

A year out, after repeated blood tests, I was declared cured. It was a huge relief. Until then, hep C had been a constant niggling presence in the back of my mind. I began to indulge in wine and beer but not to any great excess.

During my physical exam, I asked my doctor to be tested again for hep C. I had no symptoms. (Hep C, a liver infection, generally shows no symptoms until it is in an advanced stage often too late to treat.) The prep question about the medicine made me curious. She added hep C screening to the list of blood tests.

After my emotional upset at the resurgence of the virus, I began to investigate. A family member wondered if the COVID-19 vaccination could have caused the flare-up. However, my first jab was only 10 days before the physical examination and that is not long enough for the numbers to be as high as they were — triple the viral load compared to my pre-treatment years. Nonetheless, I checked with the C.D.C. Web site. There is no exacerbation of liver conditions as a result of getting the COVID vaccination.

I began to research other aspects of my behavior. In my desire to age well, I exercise, meditate and, until recently, took three herbs to help keep me young and healthy. Fortunately, two of those herbs support liver health or I might be in worse shape than I am. The third, he shou wu, also known as fo-ti, is an ancient Chinese herb touted for anti-aging. There are no clinical studies to support these claims.

There are multiple clinical studies, in China and elsewhere, that have determined he shou wu to be very detrimental to liver health, especially in regard to hepatic infections (hepatitis, in general). Yet supposedly responsible purveyors of supplements continue to manufacture and sell this potentially toxic substance without warning labels.

Pretty much all supplements have labels that suggest discussion with a physician before taking any supplement. For the record, I discussed he shou wu with various doctors, including the specialist who oversaw my hep C treatment. He told me to stop taking any supplements during the treatment, which I did. He did not mention any possible adverse effects on the liver, as regards he shou wu.

I immediately discontinued taking he shou wu. I wrote a negative review on Amazon, where I had purchased the root powder. Amazon refused to post the review, citing community guidelines. I checked the community guidelines and still cannot figure out where I went afoul of Amazon’s regulations.

I would love to be able to report chicanery and subterfuge on the part of Big Pharma regarding hep C treatments. That’s just not the case, though.

So, if you use he shou wu, you probably want to stop. If you’ve never had a blood test for hepatitis C, talk to a doctor about getting one. Otherwise, double-check anything you think is good for you.

DiLauro is a playwright, writer and musician living in Greenwich Village.