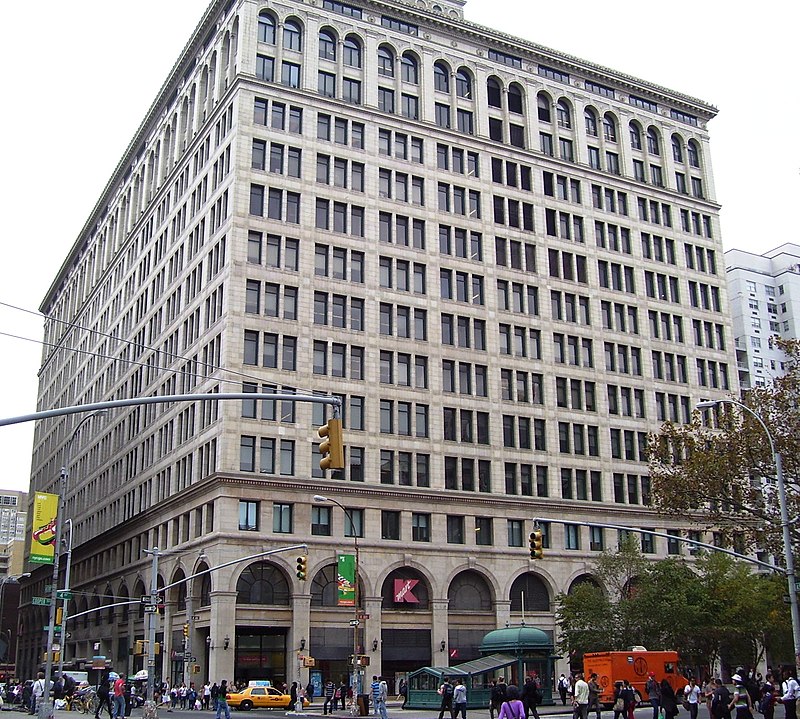 The former Kmart space near Astor Place is slated to open as a Wegmans supermarket two years from now.

BY MARY REINHOLZ | Wegmans Food Markets, an Upstate family-owned supermarket chain with a cult following, but which has long resisted union grocery organizers in New York, will be taking over the former East Village Kmart space.

Wegmans will occupy the street and lower levels of  770 Broadway, a space of roughly 82,000 square feet, starting in the second half of 2023, according to a statement released today by Wegmans and Vernado Realty Trust, its landlord. The space was occupied by Kmart for 25 years in the immense landmarked building near Astor Place.

Kmart, also regarded as a suburban import in a bohemian neighborhood, abruptly closed earlier this month after Vornado  reportedly bought out its lease at the full-square-block edifice, which once housed Wanamaker’s department store, specifically the Wanamaker Annex. Facebook is currently the building’s major tenant.

Founded in Rochester more than a century ago, Wegmans has a 30-year-lease for its first Manhattan store. Wendi Kopsick, a Vornado spokesperson, declined to discuss the price of the lease or any other financial details beyond what was contained in its press release.

The release quotes Colleen Wegman, president and C.E.O. of Wegmans, who noted the company opened its first New York City store two years ago at the Brooklyn Navy Yard.

“The community’s response to the opening of our Brooklyn store had an excitement and energy that you can only experience in New York City,” she said. “You can feel that energy returning to the city, and we are thrilled to be a part of it.”

The opening of the Brooklyn store was greeted with much fanfare and covered widely in the media as a major event. Wegmans at the Navy Yard includes amenities like its dine-in Burger Bar, along with a popular cheese department and bakery.

“We are delighted to be part of bringing the beloved Wegmans to Manhattan,” said Steven Roth, Vornado’s chairperson and chief executive officer. “Wegmans is one of a kind and will be a best-in-class addition to Manhattan, both for the local neighborhoods and as a destination for residents from across
the island. We look forward to partnering with Wegmans’ talented team on the opening of this signature location.”

Local 1500 of the United Food and Commercial Workers  Union, however, has long sought to organize Wegmans’ grocery workers and has criticized the chain for issuing “empty promises” to workers. The local’s former president said the Wegmans planned for Brooklyn “wasn’t right” for the neighborhood.

Ali Waddy, the principal organizer for the local, was not immediately available for comment.

In its defense, Wegmans touts its employee pay and benefits, working conditions and advancement opportunities. In fact, Fortune ranked the company number four among its 100 Best Employers this year and last.

The Village Independent Democrats club, for one, has been active in the past in fighting for supermarket workers’ right to organize. In 2015, club members leafletted outside Mrs. Green’s Natural Market when it was opening at Bank and Hudson Sts. The chain had just had a labor dispute at one of its Upstate stores. The West Village outlet, in the end, only lasted a year before closing.

Cameron Krause, new co-president of the Village Independent Democrats, said he was concerned after reading articles about Wegmans.

“V.I.D. strongly supports our unions and feel that it is in the best interests of the workers to allow them the power to negotiate as a bloc,” he said. “I’m a little disturbed by some of the things I’ve read [about Wegmans] in doing some research. However, I view this as a new opportunity for the company to adjust to fit the values and ideals we hold dear in this city.

“New Yorkers have a track record of standing up for our working class,” Krause said. “So I think that, one way or another, Wegmans will learn that if they want to do business in this city, they will need to treat their workers fairly. The people of the East Village will give Wegmans a chance, but patronage is earned not given.”

But the chairperson of Brooklyn’s Community Board 2 said the supermarket chain has hired local public-housing residents and generally been a good addition to the area.

“Wegmans has been a reliable partner in our Brooklyn community since day one, from local hiring of NYCHA neighbors to feeding first responders at the height of the pandemic,” said Lenny Singletary. “I’m confident Wegmans’ commitment to community will serve their new neighbors in Manhattan well and foster a positive experience.”

Meanwhile, others who hang in Noho are mourning the loss of the affordable Kmart. Lester Francis, age 40, from the Bronx, who works down the block on Astor Place, stared mournfully at the nearly empty first floor space of 770 Broadway and recalled how Kmart closed abruptly — “July 11” — and described the bargain hunters (himself included) who descended days later on the discount retailer.

“They were selling off fixtures,” he said. “I bought furniture — six black chairs with arm rests and I paid $75,” Francis said, noting he also picked up “some artwork.” He said a friend from the Bronx who owns a small grocery came with him and walked away with “two 16-by-24 [foot] ladders, both for free.”