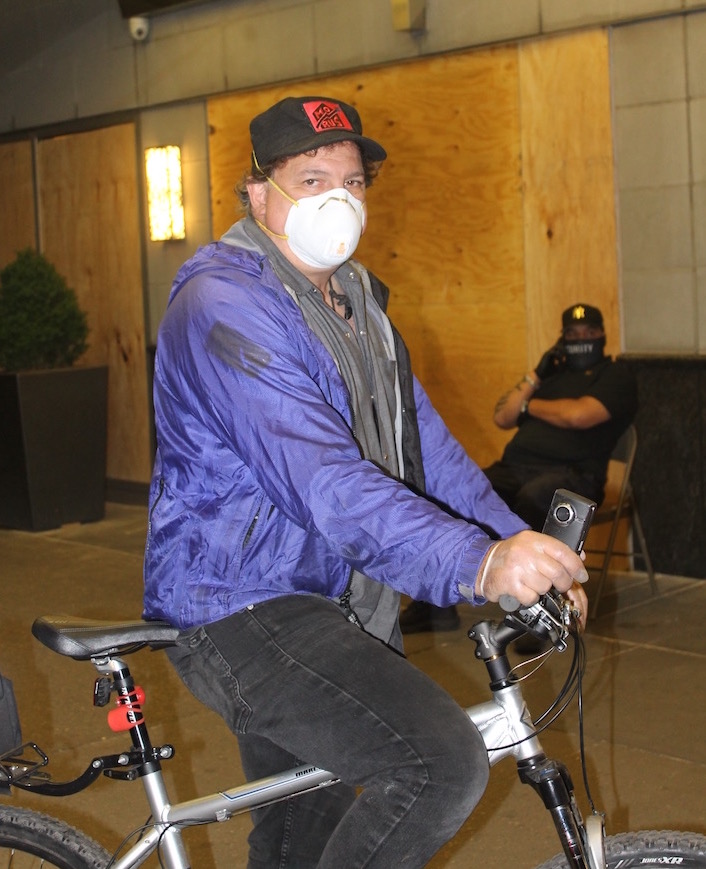 Bill Di Paola was out videoing during the first night of the curfew, which he opposes, feeling it could lead to "selective enforcement," as well as depriving the right to use public space. (Photo by The Village Sun)

Bill Di Paola, founder of Time’s Up, the East Village environmental and bicycle-advocacy group, was out videoing in the neighborhood on the curfew’s first night, Monday night into early Tuesday morning.

He found windows broken all over the place, including at the Kmart and Starbucks at Astor Place, and looting going on.

I went out last night after the curfew on bicycle with a few people in New York City we were doing interviews about the curfew when we ran across several small looting incidents all of them were using cars. in the beginning Of the video you can see the jeep they just pulled up and people join them in Looding from the street it was crazy and dangerous instead of banning the people we should just ban the cars and the looting will be cut in half