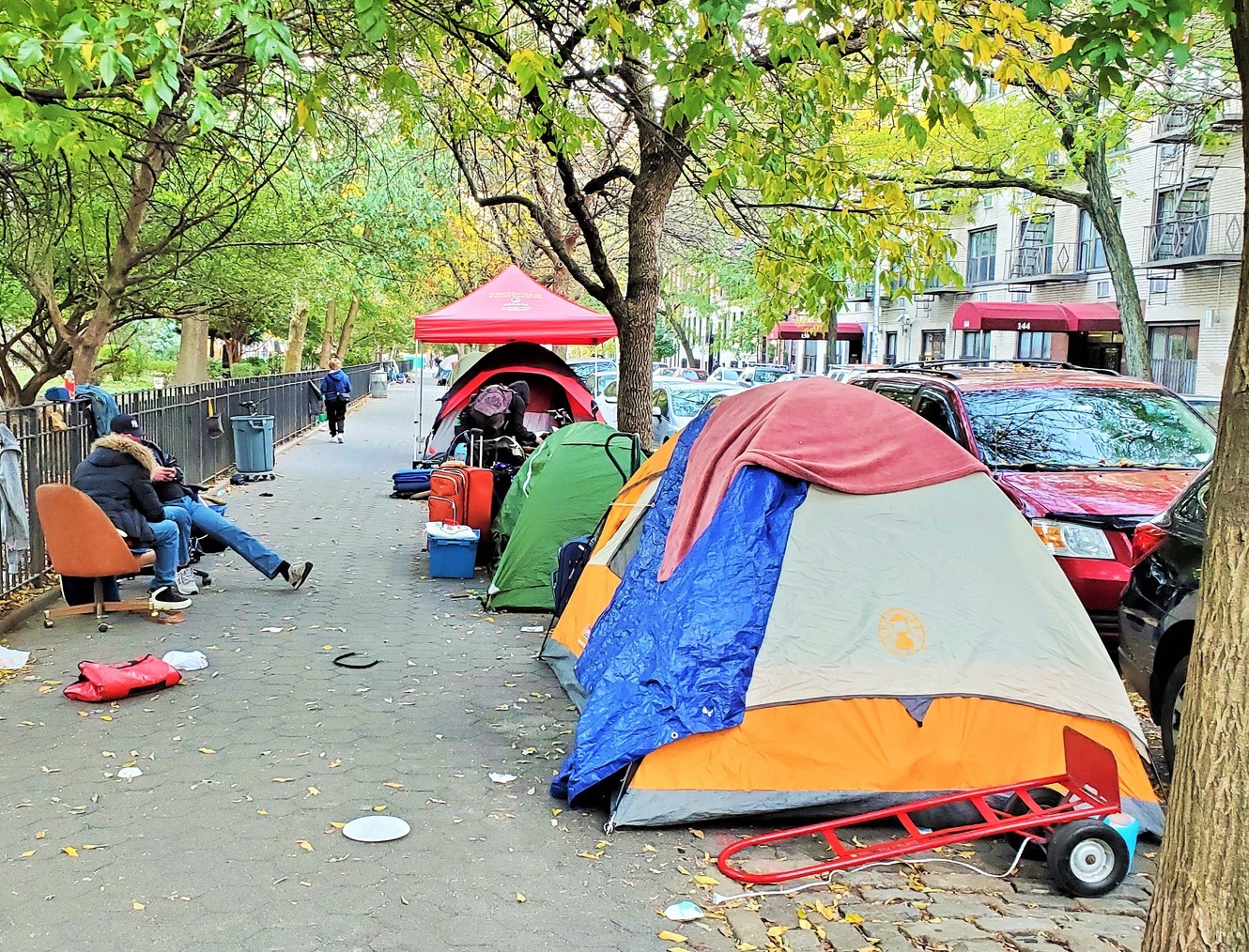 BY THE VILLAGE SUN | It doesn’t look like there is a lot of intensity on the city’s part over a group of tents lining E. Seventh Street outside Tompkins Square Park.

The structures are now firmly anchored down with ropes tied to cobblestones.

The Department of Homeless Services recently posted another sign next to the encampment, with a new date, Nov. 1, for the start of a “cleanup” of the area. A previous sign said the cleanup would start Oct. 29.

The postings advise the tent dwellers that they can avail themselves of D.H.S. outreach teams’ help in finding indoor shelter or alternately go to the men’s and families shelter at E. 30th Street or women’s shelters in the Bronx and Brooklyn.

Inside the park, the chess tables have been fenced off, but there are a couple of spots where homeless men have staked out spaces. One guy is living under a tarp on a bench near the park entrance at Seventh Street and Avenue A.

He is now also selling secondhand books atop the tarp. “Crazy Rich Asians,” Judy Blume and Eugene O’Neill’s “Long Day’s Journey Into Night” were among the offerings on Sunday.

A friend of his sporting a lightning bolt tattoo near his left eye said the books go for $1 to $5. He called out to the man, who was napping, who mumbled something in a faint voice from under the tarp.