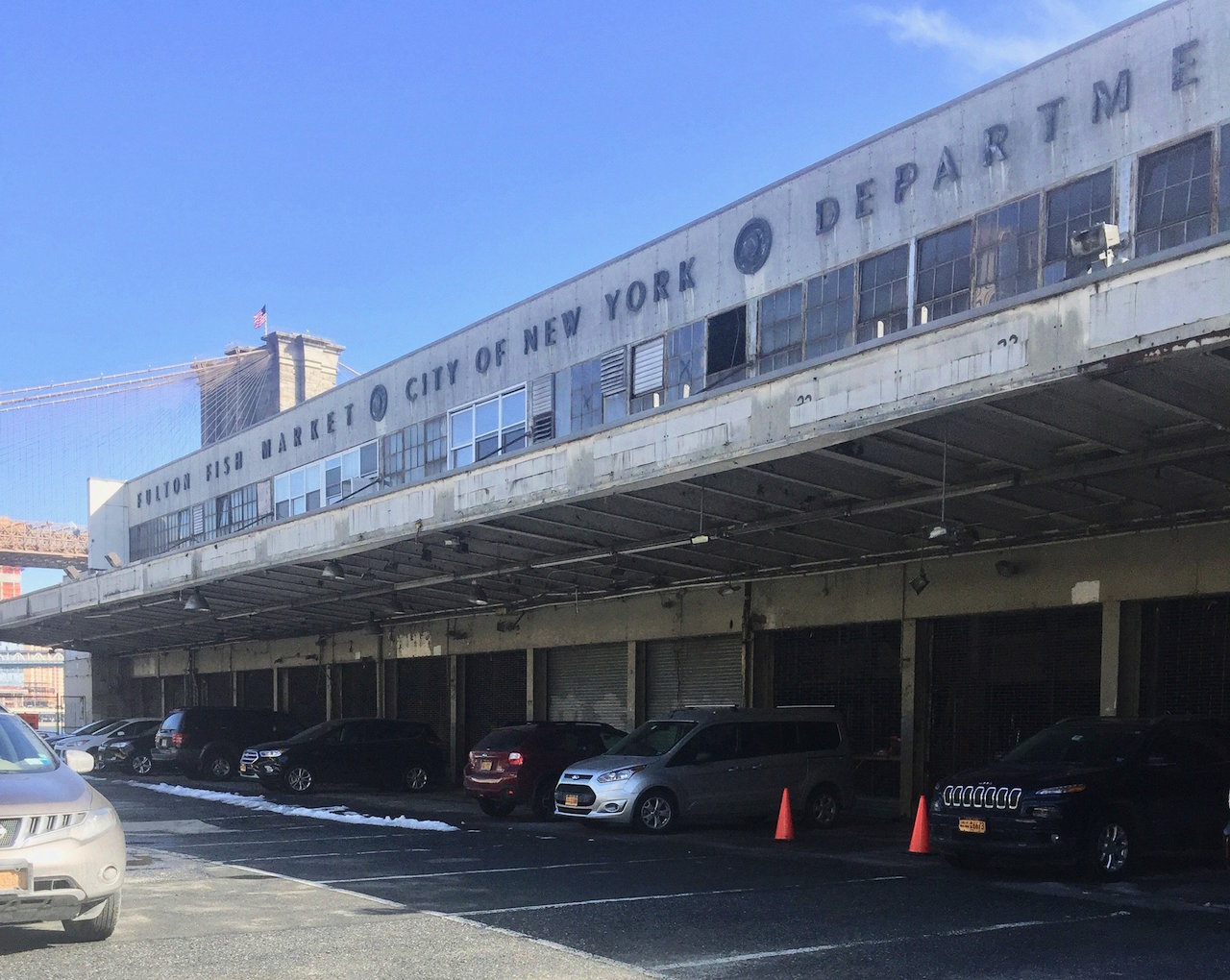 A photo of the currently vacant New Market building in the Fulton Fish Market from several years ago. (Courtesy Save Our Seaport)

Another suspect has been arrested in the murder of a young homeless woman in an abandoned South St. Seaport building.

On Tues., March 9, police announced that Amber Wilson, 35, of Cumberland, Maryland, was arrested and charged with tampering with physical evidence.

Three days earlier, police responding to a 911 call found the lifeless body of Rosalee Sanchez, 19, on the second floor of the vacant New Market building in the Fulton Fish Market. She was wrapped in clear plastic and a garbage bag. A pool of blood was found in an adjoining room, according to cops.

The following day, police announced that two men — Austin Boehm, 25, and Christian Mercado, 20 — also both homeless, had been arrested and charged in her murder.

According to news reports, police believe the pair stabbed, bludgeoned and strangled Sanchez, and that Wilson then helped them conceal the victim’s remains.

The Daily News reported that a knife, metal pipe, shovel and rope, all of which were allegedly used in the crime, were recovered at the scene.

Sanchez’s corpse was discovered by her boyfriend, 25, and a male acquaintance, 26, on the morning of Sat., March 6, after which police were called. (The Village Sun previously incorrectly reported that they were arrested in connection with the murder.)

According to the News, prosecutors said the body had been there for more than a week.

The New York Post has a detailed account of the story. According to the tabloid, Sanchez is from Newark and recently arrived in Manhattan. Learning disabled, she had the mentality of a 14-year-old. She and her boyfriend lived on the street nearby, and she was friends with the perpetrators. The murderers may have lured her into the vacant New Market building and killed her in a dispute over money, according to law enforcement sources.

The old Fulton Fish Market building has been abandoned for 15 years and is a magnet for homeless people. The community and developers have been locked in a battle over the site’s future. The Post said, in the wake of the murder, the city is now “rushing to demolish” the historic structure.