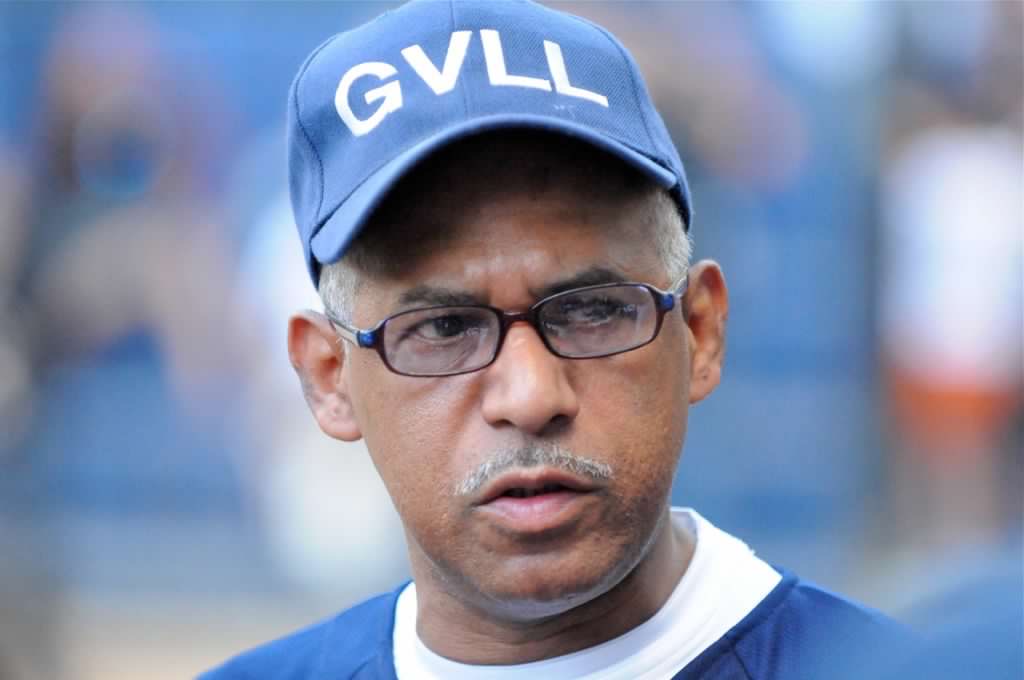 BY ART HENKEL AND DAN MILLER | The evening before Thanksgiving word spread that Coach Carlo Saldana had died earlier that day.

His unexpected passing at age 63 stunned and profoundly saddened the entire Greenwich Village Little League community. His coaching career had spanned more than three decades and over the years he coached hundreds of players. As former G.V.L.L. President Rich Caccappolo wrote: “Carlo was the thread that ran through generations of players, families, volunteers and G.V.L.L. boards.”

Many of his teams ended up playing for or winning championships. In fact, his Pirates team won the Majors Division Championship in 2019.

The league’s formal notification to the G.V.L.L. community stated, “Carlo was in many ways the heart of G.V.L.L.” In addition to devoting more than 30 years to coaching, he was a longtime member of the G.V.L.L. board. Carlo devoted an inordinate amount of time on ‘behind the scenes” tasks — the kind that helped ensure that the league ran successfully. It is not an overstatement to say that virtually every aspect of G.V.L.L.’s operations did not benefit from his wisdom and dedication.

While Carlo accomplished many things for the league and mentored many players, to get a more complete view of him as a person, you only need to read the numerous testimonials the league has received. They came from former players and their families, fellow coaches, board members, past presidents of the league, and even some umpires. Space limitations do not permit all of them being quoted in their entirety. However, the excerpts we have selected provide a much fuller picture of Carlo as a person and help explain the widespread sorrow and sense of loss that is felt throughout G.V.L.L. and the community at large.

Commitment to his players’ development

Dan Miller, past president of G.V.L.L.: “Carlo wanted to field the best team possible but was the first to help struggling players hone their skills.”

Art Henkel, former Upper Division coordinator: “Carlo converted strikeouts, throwing errors and other miscues into mini teaching moments that had a larger purpose. Players learned not to get down on themselves but to get off the deck and keep improving.”

Carin Ehrenberg, past president of G.V.L.L.: “One of Carlo’s new players was struggling at the plate and Carlo came to practices early to help him improve his hitting. When he got his first hit, Carlo was as excited as when that team won the championship.”

John Zaccaro: “He never gave up on his players and made sure they didn’t either.”

Dan Miller: “Carlo coached baseball to teach life lessons, whether it was presenting players’ moms with roses every Mother’s Day, emphasizing sportsmanship above all else, or proving year after year that practice wins championships.”

Tom Ellett, past president of G.V.L.L.: “Carlo adored what community baseball for kids was all about — fun, learning and bonding with others.”

Debbie Madden, on behalf of her son Dylan: “Carlo was a wonderful man who respected you and trusted you. He gave amazing feedback and changed me not only as a player but as a person.”

Reid Henkel, former player: “Carlo was the first coach that taught me the mental aspects of the game. Twenty years later these lessons still resonate with me. ‘Breathe deep before each pitch’ (relax and have a clear head); ‘Always remember the game situation’ (have a well thought-out plan); and ‘Get the easy out’ (make sure you have a Plan B).”

Carin Ehrenberg: “Carlo’s Mariners won the 2011 Majors championship. Not only did they win but they learned lessons of being a good teammate and friend from Carlo.”

Jill Stein, G.V.L.L. board member and player mom: “He celebrated his players’ greatest achievements and consoled them when they felt defeated… .”

Henry Guiden, head umpire: “Carlo was a great friend — someone I’ve known for more almost 30 years. Never saw him mad. He always had a smile. I’ll miss our banter on the field and our friendship off it.”

Jonathon Dianora (“JD”), former player and manager: “I was the catcher on Carlo’s 1997 championship team, the Athletics. I came back to the neighborhood after college and coached several years in the Juniors Division. As a coach I would invariably bump into Carlo on the practice field. We always talked a little baseball but more importantly we talked about our families. He was a great friend.”

Tom Ellett: “Long after our sons had stopped playing, I would still bike over to J.J. to watch a game. Whenever Carlo’s team was playing he would greet me with a big smile, and after the game, ask how my family was doing.”

Reid Henkel, umpire: “Over the past 20 years, my relationship with Carlo changed from being one of his players to umping some of his games. He would always smile when he saw me at home plate because he knew that after the game he’d have time to talk with me and ask about my family.”

Carlo and the community

Rich Caccappolo, past president of G.V.L.L.: “Carlo recognized how valuable organized sports were to the community. How lifelong friendships would be made and important lessons would be learned on teams, in the dugouts and on the field.”

Jarred Caccappolo, former player: “He showed us at a young age that you can find a way to make a positive impact on your community by sharing what you know and love with others.”

We hope the previous excerpts convey what Carlo meant to the extended G.V.L.L. family and the community at large. To close this celebration of Carlo, we want to share the full text of an e-mail tribute from one of Carlo’s former players, Alejandro Gomez, who is now in college. You’ll see that Alejando’s message summarizes every attribute of Carlo both as a person and as a strong role model for the entire community:

“R.I.P., Coach Carlo. During some of the darkest times in my life you were there for me and I don’t think I would’ve even graduated middle school if it weren’t for you. You taught me how to fight through my personal struggles and take out my emotions and channel them into baseball. You met me after school to help me practice batting, and even in high school checked on me when I was so busy and caught up in the other things.  Thank you for finding value in me at a time where I couldn’t find value in myself.”

There’s nothing else to say other than “…none of us ever thanked Carlo enough.”

Outside of his beloved G.V.L.L., Saldana was an A journeymen electrician with Local #3 for 35 years, a job that he also loved. He is survived by his wife Jane of 35 years and his stepson James Roscoe Gibson, sisters Lydia, Daisy and Yolanda, and brothers Robert and Albert.

In lieu of flowers, Saldana’s family has asked people to donate to Greenwich Village Little League. For the donation link, click here.