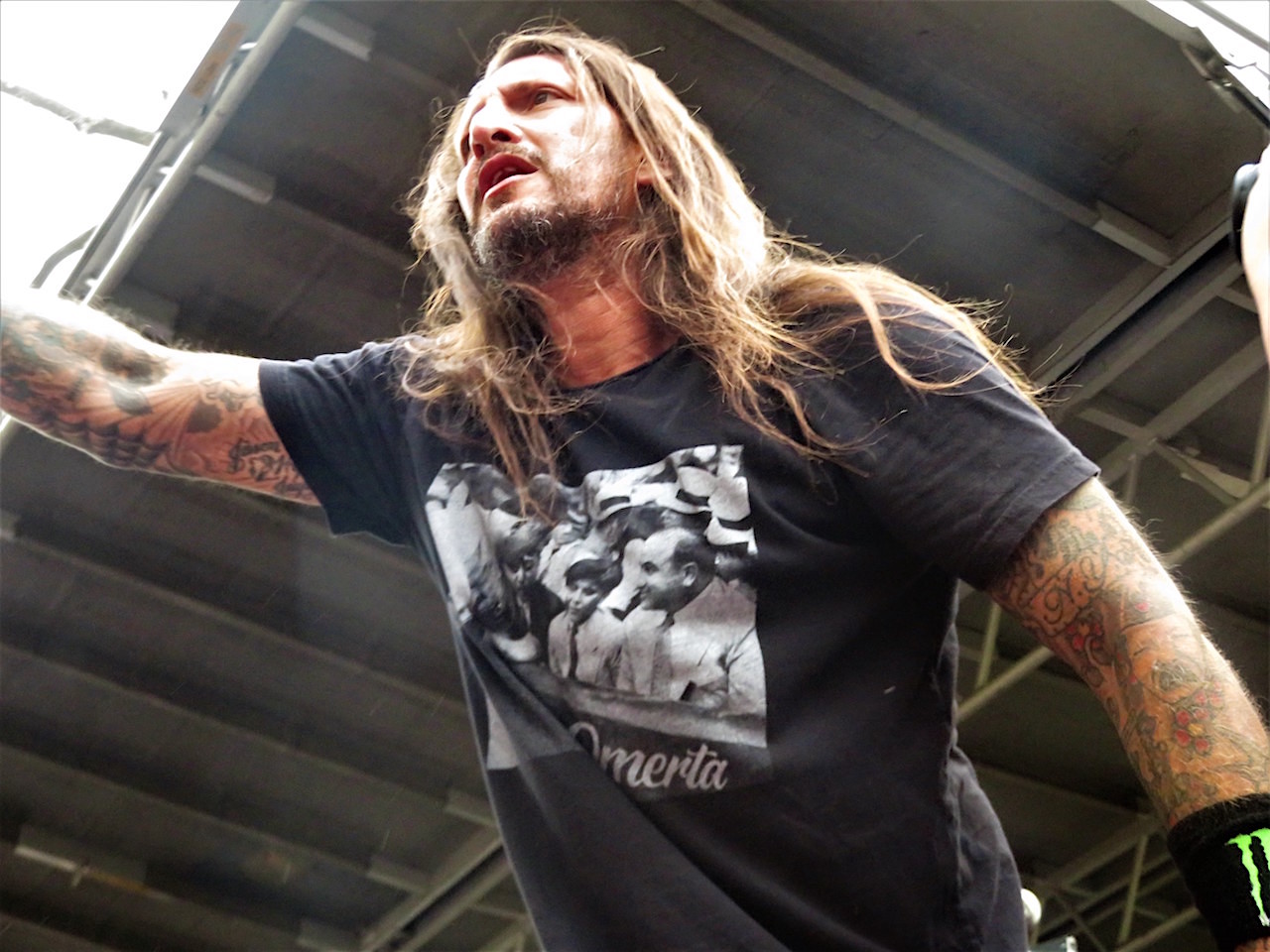 Minor threat? After huge Tompkins hardcore show, future permits may be at risk

No incidents were reported but widespread criticism ignited immediately after the event. Detractors noted the massive assembly, the lack of masking and social distancing, and other uniquely COVID-era infractions. Rising controversy over this event may threaten the future of similar events.

Chris Flash, publisher of The Shadow, an anarchist newspaper, each year secures permits from both the New York City Parks and Recreation Department and the New York Police Department for numerous political and musical events in the former band shell area in Tompkins Square Park. His events, registered as political rallies, feature political speakers, information tables and live music by anarchist-oriented musicians.

The difference this past Saturday afternoon was that the turnout was huge and current COVID-era regulations state that public gatherings are not to exceed 500 people. Possibly upward of 2,000 were in the park during the event.

None of Flash’s past events ever drew the numbers that attended this past Saturday. The popularity of the bands (Madball, Murphy’s Law, Bloodclot and Wisdom in Chains are hardcore punk bands; the Capturers is a reggae band), along with the public’s eagerness to end a winter pandemic hibernation, the attraction of watching musical performances at no charge, and an unusually warm, sunny summer-like day were contributing factors in the large draw.

Because the event was held in an open area, neither Flash nor the co-promoters, Black N’ Blue Productions, had any method of controlling how many people came into the park, or where the people chose to gather.

Throughout the park, locals brought dogs to the dog run, listened to a jazz band by an Avenue A entrance, sat on benches to read books, lay out in the sun on the center lawn, played in the playgrounds, or practiced their skateboard skills in the former softball court. Many others used the park simply as a pathway to get to the other side of the neighborhood. Undoubtedly, though, thousands of people came to enjoy a free concert.

Social media is blazing with commentary from both those who attended and those who did not. In addition to the high attendance, multiple videos and photographs show that most of the people near the stage did not wear masks or keep a social distance, especially in the mosh pits that often erupted.

In addition, on a smaller scale, a shirt worn by a musician who was not a scheduled part of the event has fueled commentary. During the Murphy’s Law set, David “Springa” Spring, former vocalist of SSD, a Boston-based band, stood at the side of the stage wearing a white button-down shirt on which was written “Black Flag Matters,” conflating the popular band Black Flag and the Black Lives Matter movement.

Coincidentally, the Tompkins Square Park event happened during the same weekend when White House chief medical adviser Dr. Anthony Fauci anticipated that the Centers for Disease Control and Prevention would relax its guidance on the public wearing masks outdoors.

The avalanching controversy over this first event may jeopardize the permits that Flash already has secured for 11 other events this year. The next event is scheduled for May 8. That event would feature performances by Antidote NYHC, Kings Never Die, the Last Stand, Crazy Eddie, the Car Bomb Parade and Reaching Out. That event would not be expected to draw as many people as this past Saturday’s event.

Nevertheless, Gothamist quoted a Parks Department spokesperson as saying, “This matter is actively being investigated as the permit application filed and agreement appear to have been violated — future permits are in jeopardy.”

As of this writing, neither Shadow Press nor Black N’ Blue Productions had released a formal statement addressing the various controversies. Black N’ Blue Productions only responded on social media to what it claims was an inaccuracy in a report from PIX11. An unnamed spokesperson for the Parks Department reportedly told PIX11 on Monday that the permit holder misrepresented the event on his application as a “September 11 Memorial” and a “political rally with music and speakers” with an expected 100 people in attendance.

“I’m sure most people know the media lies almost all the time,” Black N’ Blue Productions posted in social media. “The permit says nothing about 911 Memorial on it!! I have the permit in my hand. Had a look at it again to make sure but there’s nothing on it that says 911 Memorial.”

At press time, John Joseph, who leads the band Bloodclot, seemed to be the only one of the day’s performers to comment on the public criticism on his social media.

“Yesterday in Tompkins Square Park History was Made,” he wrote. “Well over 2000 people came out to a FREE show by the people for the people. It was a blast — we raised money for the FDNY burn unit and fed people organic plant-based meals.”

Joseph then addressed more closely the dissenting voices by drawing comparisons to the large crowds that were permitted to assemble in response to political actions and social unrest during the pandemic.

“This was our rally,” he posted.

After this article was published, Chris Flash communicated the following response to this reporter:

“Secondly, Parks told WPIX that we had filed a permit for a “9-11 Memorial” — IN APRIL! They KNEW that that is UNTRUE, but Parks fed the media parasites some meat and they were ON it like maggots.

“Thirdly, before issuing the April 24 permit, the Parks Department sent us a three-page list of items to comply with for ‘Covid safety.’ We did so and THEN some: we provided gloves, masks, hand sanitizers and clipboards for those to enter their names and addresses for ‘contact tracing.’ WE complied with ALL of the Parks Dept’s requirements, but we CANNOT force anyone else to do so.

“Finally, the section of the application pertaining to ‘number of attendees’ on special event permits can only be a GUESS. As applications are filed 6-12 months before an event, HOW could ANYone know exactly how many people will attend? That is IMPOSSIBLE, and Parks KNOWS that! They have some nerve claiming that we falsified ANYthing on our applications, just so they can cover their asses.

“If they make good on their threat to cancel future political rallies we have already filed and paid for, we will be forced to take legal action against the Parks Department for every one of their transgressions. Until now, throughout my 15-year working relationship with them as I have organized events in Tompkins Square Park, this has not become necessary.”