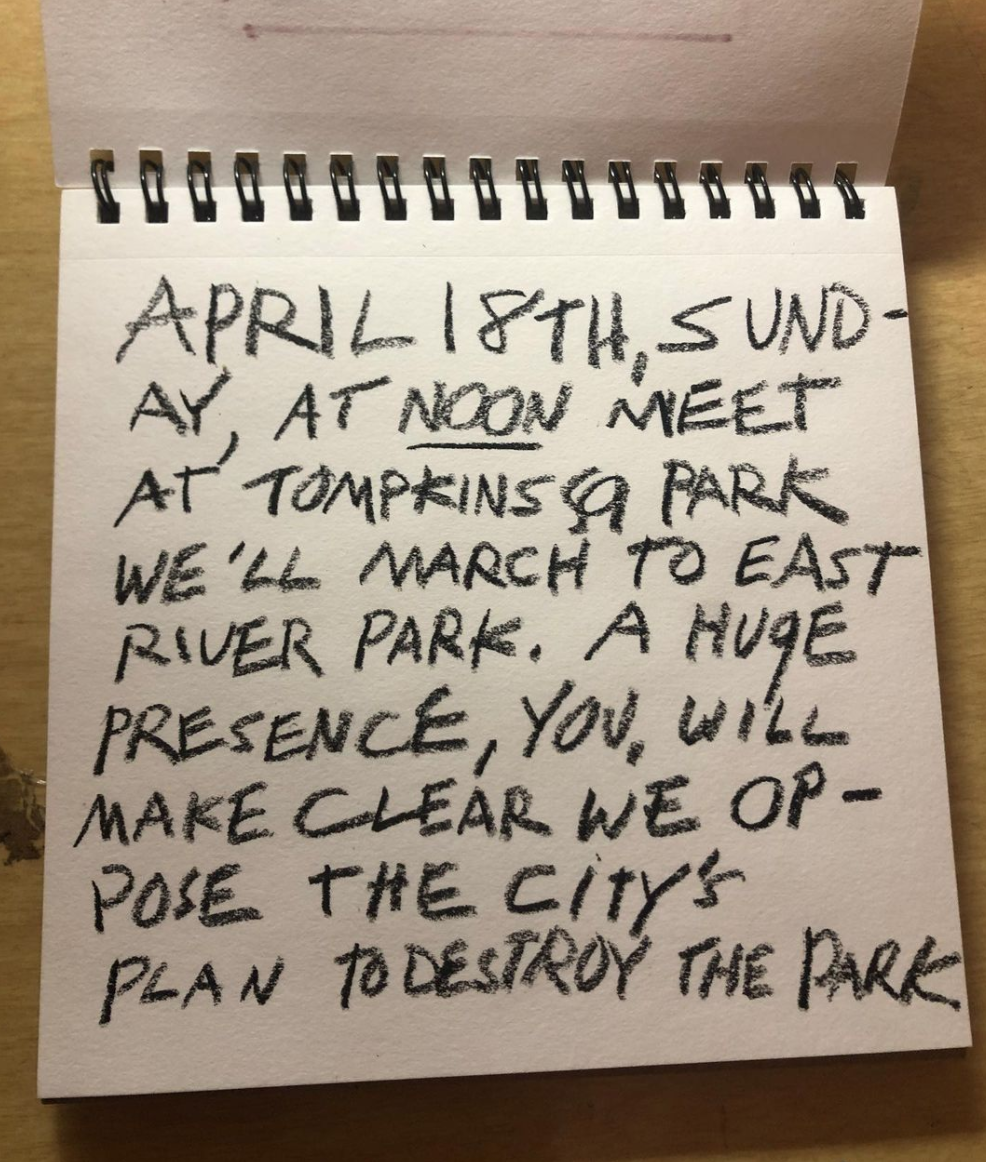 March to save East River Park

It’s a matter of life and breath.

Opponents of the $1.45 billion East Side Coastal Resiliency plan will hold a protest march through the neighborhood on Sun., April 18.

“Save our park! Save our lungs! Save our neighborhood!” a press release for the event exhorts.

Marchers will gather at noon in Tompkins Square Park, in the semicircular plaza with the Hare Krishna Tree, then make their way to East River Park, via the Sixth St. bridge over the F.D.R. Drive, for a rally at the park’s amphitheater in Corlears Hook at 1:30 p.m.

Passionate advocates will give remarks and performances, including Kiara Williams of Warriors in the Garden; Emily Johnson, a Lower East Side dancer and choreographer; East Village poet Eileen Myles; Alicia Boyd of Movement to Protect People; Reverend Billy and the Church of Stop Shopping Choir; DJ Ralphy CBS and others.

The group East River Park ACTION is currently suing to obtain the full unredacted “value engineering study” that compared the feasibility of the E.S.C.R. plan to an earlier, lower-impact one. This V.E.S. report was used to justify the current project, which would bury the entire park under 8 feet to 10 feet of new infill dirt to raise it above the floodplain, and which would close the park in phases over five years. The previous plan would not raise the entire park but would use less-drastic measures, like berms, to control flooding.

The de Blasio administration denied the report’s existence for two years and only recently released the study, albeit in heavily redacted form. Last week, amid pressure from the lawsuit and growing calls from politicians, the city made more parts of the report publicly viewable that had previously been blacked-out.