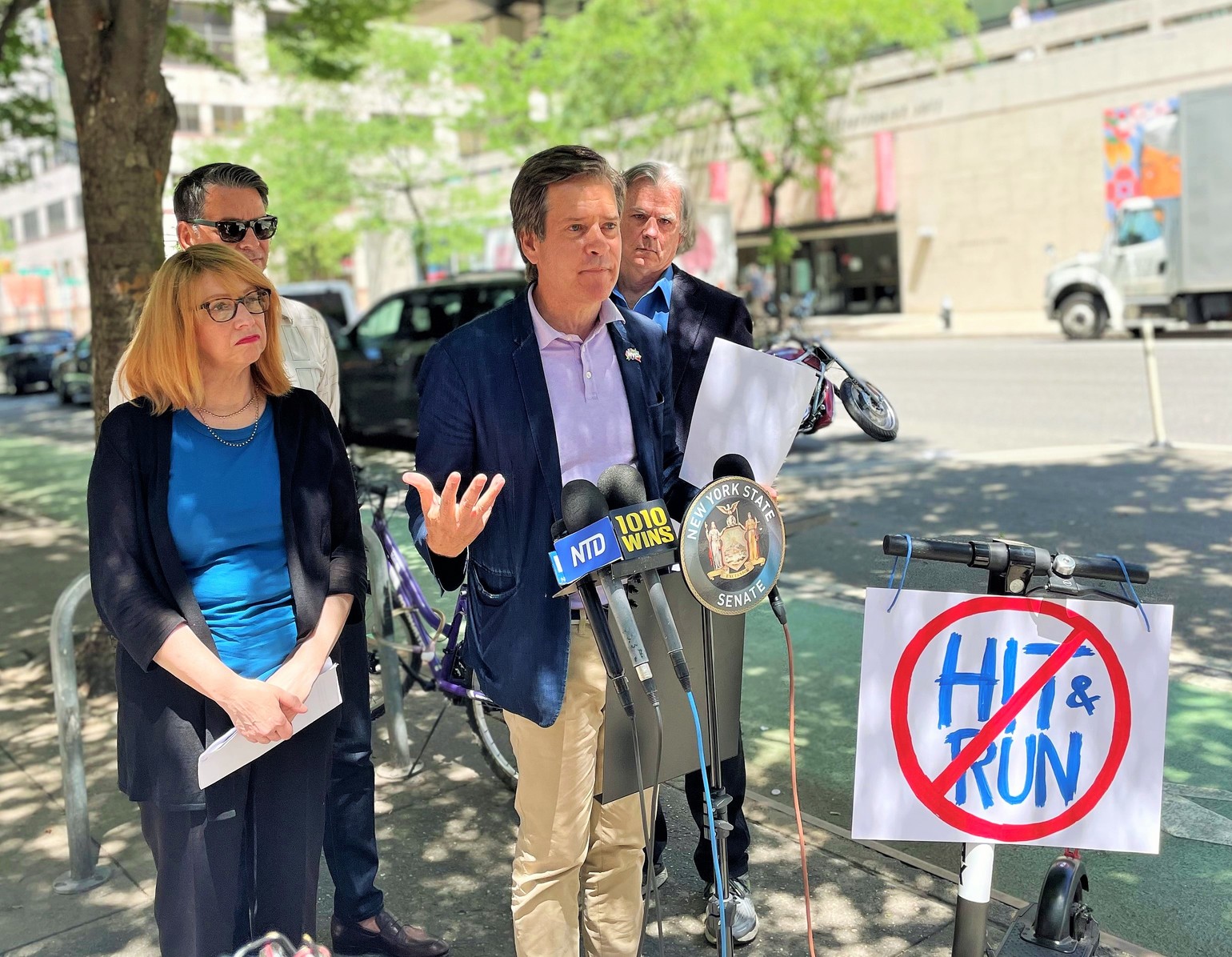 Lawmakers: Up penalties for e-scooter hit-and-runs

State Senator Brad Hoylman and Assemblymember Linda Rosenthal, at a press conference at the corner of W. 64th St. and Amsterdam Ave. on June 16, called for the passage of their legislation (S.7212/A.8128) that would make the penalties for a hit-and-run with an electric scooter consistent with the law against leaving the scene of an automobile collision without reporting.

The press conference followed the death of actress Lisa Banes, 65, who died last week after a rider on a stand-up-style electric scooter hit her outside Lincoln Center on the Upper West Side and fled the scene.

“Our laws today don’t reflect the modern reality of our streets and sidewalks,” Hoylman said. “In New York today, the penalty for leaving the scene of an electric scooter crash without reporting it to police is less harsh than the penalty when driving a car. That makes no sense. Scooters have become a part of New York’s transportation infrastructure. Our laws need to catch up with the times. If you hurt someone with a scooter and you flee the scene, you must be held accountable, the same accountability as if you were driving a car.”

“Lisa Banes’s life ended tragically and publicly,” Rosenthal said. “She was struck by a negligent and reckless scooter driver who fled the scene. In recent years, e-scooters have exploded in popularity, but the law regulating their use has not kept pace. Since 2020, there have been more than 588 crashes involving electric scooters in  New York City, which resulted in three pedestrian deaths and injuries to 538 people.

“In far too many cases, the driver fails to stop,” Rosenthal continued. “If a person were to leave the scene of an automobile accident after causing injury, they would be charged with a class A misdemeanor; driving an e-scooter, however, is classified  merely a violation. We must protect pedestrians and hold dangerous drivers accountable by passing my legislation with state Senator Brad Hoylman to hold drivers accountable by increasing the penalties for leaving the scene of a crash with an e-scooter.”